Over the last year or so, the rumor mill about whether Charlie Armstrong, the Customs and Border Protection chief information officer, would retire has come and gone. Well, as of Feb. 4, Armstrong finally made it official, calling it a career after almost 32 years in government.

Armstrong had been assistant commissioner for the Office of Information and Technology and CIO for CBP since June 2008. He oversaw software development, infrastructure services and support, tactical communications,...

Over the last year or so, the rumor mill about whether Charlie Armstrong, the Customs and Border Protection chief information officer, would retire has come and gone. Well, as of Feb. 4, Armstrong finally made it official, calling it a career after almost 32 years in government.

Armstrong had been assistant commissioner for the Office of Information and Technology and CIO for CBP since June 2008. He oversaw software development, infrastructure services and support, tactical communications, the laboratory system and research and development functions, and IT modernization initiatives supporting CBP’s core business processes. Armstrong also oversaw CBP’s efforts as the Department of Homeland Security steward for network services.

During his time at CBP, Armstrong moved the agency toward a modernized IT infrastructure. He implemented server virtualization and moved some of the agency’s applications to the cloud, including email and big data tools. He also focused on getting mobile capabilities to patrol officers in the field, such as fingerprint scanners or license plate readers.

Before coming to CBP, Armstrong was the deputy CIO for the Homeland Security Department and started his career as a software developer for the Navy.

It’s unclear what Armstrong will do next, if anything. FedScoop first reported that Armstrong retired.
Now for a short trip into the DoD reporter’s notebook.

Bezwada had been CIO since November 2010 and worked in the government for more than 25 years.

“His breadth of knowledge, his ability to build key partnerships and his skill at launching important programs and introducing technological capabilities to the soldier has been unparalleled,” wrote Terry Watson, the acting Army Program Executive Officer, Enterprise Information Systems, in a note to staff. “It has been my honor and privilege to work alongside Hari, and to count on his counsel and expertise. I know you will join us in wishing Hari and his family the very best as he transitions to retirement.”

Manish Patel took over Bezwada as the CIO after serving as his deputy.

As CIO, Bezwada oversaw the effort to begin upgrades disparate enterprise resource planning (ERP) systems by planning to shift five total to the Defense Information Systems Agency. He also was focusing on bringing PEO-EIS systems into the cloud.

In addition to his time with PEO-EIS, Bezwada also played a role in the $2 billion Pentagon Renovation project. He was the director of IT where he oversaw the modernization of 29 IT disciplines that made up the systems and infrastructure for the renovation effort.

It’s unclear what Bezwada will do next.

Carter left DISA after more than three years, where she oversaw more than $4 billion in IT programs across DISA, including initiatives to include mobile solutions, cloud computing, unified communications and enterprise services.

Finally, the Office of Federal Procurement Policy named the first of what is expected to be 10 category managers. An OMB official confirmed that Anne Rung named Kim Luke, a former Hewlett Packard executive, to oversee the IT category.

The official offered no further details on when Rung would name the other nine category managers. Industry and government sources say OFPP is expected to name all of the category managers in the coming week or so.

Luke joins OMB after spending the previous seven years as HP’s vice president for strategic growth in the private sector.

He worked at EDS, before it was bought by HP, for 25 years in a variety of positions.

As IT category manager, Luke will oversee and manage how the government improves its buying habits for almost $50 billion across six subcategories, including software, hardware, security and consulting.

Rung emphasized at a recent press conference that just because the category managers haven’t been named, work to consolidate information has been ongoing.

“We are not struggling to find talented people,” Rung said. “We have many individuals seriously working away at these categories, we just haven’t formally announced them.” 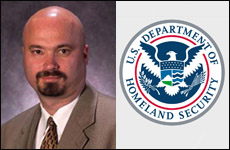