The Air Force is losing a key technology executive and the U.S. Digital Service has a new leader.

Nicolas Chaillan, the Air Force’s chief software officer, announced today on LinkedIn that he is heading back to the private sector.

In his goodbye message, Chaillan didn’t hold back on his frustrations and progress he made while working for the Defense Department.

In a recent interview, Chaillan expressed his disappointment over too much talk and not enough...

The Air Force is losing a key technology executive and the U.S. Digital Service has a new leader.

Nicolas Chaillan, the Air Force’s chief software officer, announced today on LinkedIn that he is heading back to the private sector.

In his goodbye message, Chaillan didn’t hold back on his frustrations and progress he made while working for the Defense Department.

In a recent interview, Chaillan expressed his disappointment over too much talk and not enough action, particularly around funding, staffing and prioritizing basic IT issues across DoD.

“A lack of response and alignment is certainly a contributor to my accelerated exit,” he wrote on LinkedIn. “There have been continuous and exhausting fights to chase after funding ‘out-of-hide,’ because we are not enabled to fix enterprise IT teams within program offices. Worse, some are starting to use the size of the DoD as an excuse to claim that enterprise services cannot succeed in the department. That is false and we have demonstrated it with Platform One. The Department of Defense, overall, needs to stop staffing enterprise IT teams as if IT is not a highly technical skill and expertise.”

He went one step further, highlighting a bigger problem with DoD’s approach to technology modernization.

“Please stop putting a Major or Lt. Col. (despite their devotion, exceptional attitude and culture) in charge of identity credentialing and access management (ICAM), zero trust or cloud for 1 to 4 million users when they have no previous experience in that field — we are setting up critical infrastructure to fail. We would not put a pilot in the cockpit without extensive flight training; why would we expect someone with no IT experience to be close to successful? They do not know what to execute on or what to prioritize which leads to endless risk reduction efforts and diluted focus,” he wrote. “IT is a highly skilled and trained job; staff it as such. I told my leadership that I could have fixed enterprise IT in six months if empowered. Yet with my 22 years of expertise running IT innovation, I was underutilized and poorly leveraged by the DoD, as most of my time was wasted trying to convince folks to engage with me and consider more relevant and efficient solutions, while I watched as they continued to deliver capabilities that do not meet the basic needs of our warfighters. The DoD should stop pretending they want industry folks to come and help if they are not going to let them do the work. While we wasted time in bureaucracy, our adversaries moved further ahead.”

Chaillan added that DoD remains stuck in the outdated water-agile-fall acquisition processes that is inhibiting programs to move “as the pace of relevance.”

“Lauren Knausenberger, the chief information officer for the Department of the Air Force, and I are still largely unempowered to fix basic IT issues, we are running in circles trying to fix transport/connectivity, cloud, endpoints and various basic IT capabilities that are seen as trivial for any organization outside of the U.S. government,” he wrote. “Please empower her. She can get things done faster than nobody else I know.”

Despite these frustrations and roadblocks, Chaillan made progress with the Platform One effort, where he led the creation of an enterprisewide DevSecOps managed service featuring more than 800 hardened containers for software development.

“We demonstrated that a small group of people can turn the largest ship in the world through grit, wit and hard work. If the Department of Defense can do this, so can any U.S. organization!” Chaillan wrote.

He also highlighted successes around:

As for his future, Chaillan said he plans to rest and relax, and eventually join some boards and take on new adventures.

“The right time will never really come. I will always feel some guilt or regret in leaving. I have this sinking feeling that I am letting our warfighters, the teams and my children down by not continuing to fight for a better outcome 20 years from now,” he wrote. “I, as have many of us, have been trying for three years now to convince various teams to partner and merge work across the department. We don’t need different stacks just for the sake of egos. There are 100,000 software developers in the DoD. We are the largest software organization on the planet, and we have almost no shared repositories and little to no collaboration across DoD Services. We need diversity of options if there are tangible benefits to duplicating work. Not because of silos created purposefully to allow senior officials to satisfy their thirst for power. Unfortunately, more often than not, I have failed at convincing teams to merge work, or it was so painful that it was designed to fail from day one and then used as an excuse not to try again. Some of it, without a doubt, is my fault but I know I certainly tried harder than most of these teams combined. At this point, I am just tired of continuously chasing support and money to do my job. My office still has no billet and no funding, this year and the next.”

Meanwhile, the White House named Mina Hsiang as the new administrator of USDS replacing Matt Cutts, who left in April after four years as the acting or permanent leader.

“As USDS administrator, Mina brings a wealth of government digital delivery experience, as well as the leadership to continue cultivating the extraordinary talent at USDS and delivering better services for the American people,” said Shalanda Young, the acting director of the Office of Management and Budget in a release.

As she takes on the role, USDS is in the middle of a massive expansion. Under the American Rescue Plan Act, Congress gave the office $200 million to increase its staff so it can help out more agencies.

OMB said in its 2022 budget request that USDS plans to increase its full-time employees to 271 in 2022, up from 161 this year. It said the larger number of employees will enable “USDS to quickly address technology emergencies, ensure access and equity are integrated into products and pro­cesses, and help agencies modernize their systems for long-term stability.”

A big challenge for Hsiang will be to get agencies to pay for USDS services, which they have been reluctant to do over the years. OMB said in its budget request that USDS expects fewer employees, 60 compared to 63, to be reimbursable through agency fees.

The good news for Hsiang is Cutts remade USDS to be more cooperative and collaborative and less combative with agencies.

Most recently, USDS worked with agencies to fix the federal hiring process and helped run a retraining effort to get federal employees better skills around data science.

This will not be Hsiang’s first stint with USDS. She joined the organization in 2014 and helped address the challenges with the Healthcare.gov roll out. She also was the founding executive director of the digital service at the Department of Health and Human Services during the Obama administration.

She came back to government in 2021 as part of the Biden-Harris transition HHS agency review team and worked on the COVID-19 transition team.

In that role, Hsiang was a senior advisor for delivery at USDS, where she led the delivery team for the rollout of the Vaccines.gov integrated consumer experience.

Hsiang holds a bachelor’s and a Master’s degree in Electrical Engineering and Computer Science from Massachusetts Institute of Technology. She also holds an MBA from the Harvard Business School. 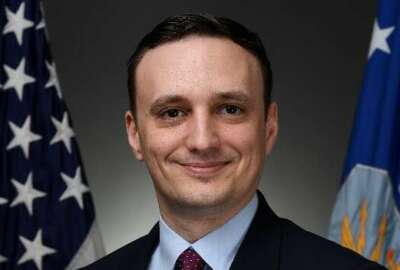 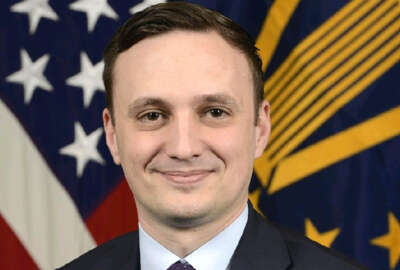 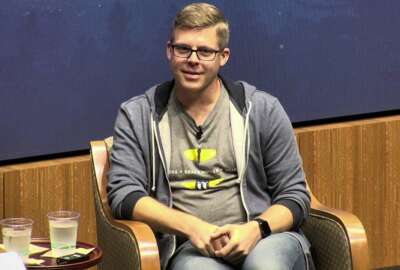