In the world of federal government management, the year that was 2016 could be thought of in many ways, such as the important initiatives that stalled out or didn’t get done — like, say, the IT modernization bill.

But Mark Reger, the deputy controller at the Office of Management and Budget, and others prefer to look at the last 12 months in a different way.

Reger called 2016 the year that shared services saw a rebirth.

In the world of federal government management, the year that was 2016 could be thought of in many ways, such as the important initiatives that stalled out or didn’t get done — like, say, the IT modernization bill.

But Mark Reger, the deputy controller at the Office of Management and Budget, and others prefer to look at the last 12 months in a different way.

Reger called 2016 the year that shared services saw a rebirth.

He said the new governance and oversight structure, the creation of the Unified Shared Services Management (USSM) office and a customer council are key pieces to the long-term health and success of the initiative.

Reger said the evidence is clear. Speaking at the Association of Government Accountants Federal System Summit in Washington on Jan. 13, he pointed to the 35 agencies that have plans in place to move to a shared service provider and more departments are working toward arrangements in the coming year.

He also highlighted how OMB is ramping up for 2017, including naming Lesley Field, the acting administrator of the Office of Federal Procurement Policy, as the new shared services policy officer, replacing Dave Mader, who left the administration on Jan. 4 after serving two-plus years as OMB controller.

Additionally, the USSM issued a new concept of operations, released a request for information for software-as-a-service and helped bring together all the payroll providers to agree on standardized payroll requirements.

“We wanted them to come together on what the systems need to do, what outcomes they wanted to achieve across multiple federal workforce titles, like Title 5 or Title 38,” said Beth Angerman, the executive director of the USSM, at the AGA event. “These standards and the payroll RFI we put out last summer will help inform our strategy and the landscape going forward. We will have a better idea of what we need to do to satisfy the needs of federal payroll providers.”

But it’s the concept of operations that is really giving Reger, Angerman and many others confidence in the shared services approach going forward.

Reger and Angerman say the concept of operations will begin to address the stress the demand is putting on the supply from federal providers.

“This vision really does assume we will move the government and the government will no longer be in the business of building, maintaining and operating those systems. That really is the skill set we want to maximize from industry, to help us buy software-as-a-service and not run our own systems anymore,” Angerman said. “But that is critically dependent on us coming together finally and doing the hard work, and agreeing on what makes us common and what doesn’t. I’m not going to stand here before you and tell you that I think we are 100 percent the same. We are not. But we actually haven’t done the work to figure out exactly where we are. If we do that work, then we will be able to figure out where we actually have opportunities for economies of scale and where we can share technology, the technology that you need, and we make shared investments instead of each agency who comes in to a shared service provider looking to modify the technology for what they need.”

She added one of the goals is to separate what customer agencies need, software, hardware, people, processing or all or some of the above.

The USSM wants vendors to provide infrastructure- and software-as-a-service, ranging from servers and storage to software management to data management to business application support to much more.

“Imagine a world where you had a common way to price these things by transactions and we had a common way to buy them. We understand and have actually identified the right marketplace to provide these services,” Angerman said. “We actually have federal agencies who are very, very good and have those skills and centers of excellence.”

As part of the USSM’s effort to develop three of the four service options is the RFI it issued for software-as-a-service on Jan. 3.

The RFI asks vendors to provide details around five areas, including capabilities, requirements, funding, governance and government changes. Responses to the RFI are due Feb. 28.

“USSM’s RFI is another step forward in accelerating and modernizing the government’s implementation of shared services, along with the new concept of operations vision,” said John Marshall, founder and CEO of the Shared Services Leadership Coalition. “USSM has been emphasizing the importance of SaaS as one of the keys to making the vision work, along with encouraging private sector investment (due to the absence of government investment capital) and enabling the transition from legacy to cloud by shifting from capital to operating budget financing. The interest in exploring new models of public-private partnerships is also encouraging and reflects growing interest in creating greater opportunity for commercial providers and attracting investment capital to build out the marketplace. All in all, very encouraging developments.”

Angerman added that the move to the as-a-service approach will help mitigate the risks and need for investment the government faces through shared services.

“We are looking at working with the 18F group and some other agencies who have really been leading in how we actually would buy software in an agile way,” she said. “This vision is the compilation of many years of lessons learned and a lot of good work that has happened with our governance board and customer council and managing partners.” 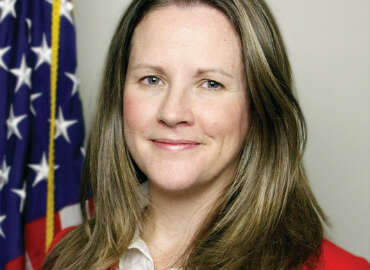 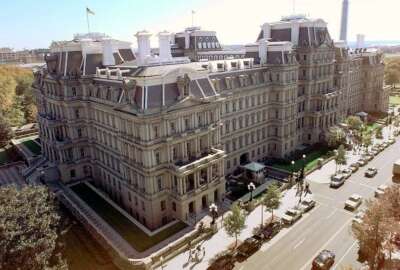