Tucked into the Office of Management and Budget’s ambitious plan to reorganize and restructure the government is a significant and generally overlooked section on organizational efficiency and effectiveness.

But it’s this portion of the April 12 memo focusing on the mundane ideas of alternative delivery models, streamlining mission-support functions and leveraging existing solutions for common requirements that includes some of the most realistic and achievable goals. Ideas such as shared services, insourcing and outsourcing and...

Tucked into the Office of Management and Budget’s ambitious plan to reorganize and restructure the government is a significant and generally overlooked section on organizational efficiency and effectiveness.

But it’s this portion of the April 12 memo focusing on the mundane ideas of alternative delivery models, streamlining mission-support functions and leveraging existing solutions for common requirements that includes some of the most realistic and achievable goals. Ideas such as shared services, insourcing and outsourcing and all-but-mandating the use of existing multiple-award contracts instead of developing new ones are the types of initiatives that have the real potential to change and transform agencies and their mission areas.

“The memo was clearly written by knowledgeable insiders,” said Alan Chvotkin, executive vice president and counsel for the Professional Services Council, an industry association. “The use of best-in-class contracts drawn from a prior version of the Circular on category management, the call for shared services and other examples are from people who know what they are talking about.”

Chvotkin said the memo also sends a specific message to agencies about how the Trump administration is starting to develop its management agenda.

“There seems to be a decision not to favor of any one of the techniques listed. It tells agencies to evaluate their situations, provides them with attributes as they should take into account as they develop their plans. The answer may be shared services or category management or not. It depends on what fits their needs best.”

Where past administrations were more prescriptive, the career folks behind the memo, such as Dustin Brown, the acting OMB deputy director for management; Mark Reger, the acting OMB controller; Lesley Field, the acting administrator at the Office of Procurement Policy; and Margie Graves, the acting federal chief information officer; as well as Linda Springer, one of the few political appointees at OMB, seemed to be able to take a step back to give agencies an assortment of approaches to get the same end goal.

Roger Waldron, the president of the Coalition for Government Procurement, said the idea of a one-size-fits-all approach doesn’t match with what’s going on in the broader marketplace.

“Because of how technology and organizations change and evolve, it is healthy to identify approaches that meet specific agency needs while emphasizing those opportunities to leverage approaches across the government. It’s about balance and not about a one-size-fits-all approach,” he said. “What you are seeing with the current approach is they are trying to identify results, and have an open mind to what the solutions are. I’m not saying others didn’t, but moving forward, it’s a healthy approach to look at and identify various opportunities of what works across government, what are some different alternatives because there has to be room for both.”

The examples of balance are easy to find. Take outsourcing, or as OMB called it during the administration of President George W. Bush, competitive sourcing.

In the memo, the Trump administration says agencies should consider leveraging both outsourcing of jobs to the private sector when the overall cost would be lower, and insourcing of functions to the government when a contract could be scaled back or eliminated.

The assumption by many observers was that the Trump administration wouldn’t recognize the potential of insourcing, but traditionally Republican administrations have been more focused on the idea that contractors are less expensive than federal employees.

Stan Soloway, a former Defense Department acquisition executive during the administration of President Bill Clinton and now president of Celero Strategies, said it’s clear the people writing this memo understand agencies can’t outsource everything and there needs to be a healthy discussion about how best to save money and better address the mission challenges.

Soloway said OMB likely will have to issue further guidance or instructions to implement many of these approaches.

“I think you have to understand what the objective is. If it is to reduce the size of the government, then you have to define what size means. Size can be defined by reach or by volume,” he said. “Hopefully, it’s not just reducing volume without strong evidence of where you can do that without hurting the mission. When you talk about reach, then you are talking about regulatory reform and you have to distinguish between those two things when talking about insourcing or outsourcing.”

One of the most ambitious parts of this organizational efficiency and effectiveness section is all but mandating the use of existing multiple-award contracts. OMB writes: “To the maximum extent practical, agencies shall use existing contract solutions such as: Federal supply schedules, GWACs, multi-agency contracts and any other contracts intended for multiple agencies including those deemed Best in Class.”

Chvotkin said he sees this as a big win for the General Services Administration, which offers many of these types of contract vehicles.

Waldron said he hopes this section will help address the growing problem of contract duplication across government. He said it has not gotten better over the last decade despite attempts by the Obama administration, and it’s costing the government and vendors millions of dollars.

“The key fundamentally is the contracts have to be flexible to meet customer agency needs. The contracts need to be streamlined and be flexible for industry so they can offer the latest solutions,” he said. “GSA and other agencies that provide these contracts need to be market facilitators and not market managers. They need to create markets where customer agencies and industry can come together in a competitive, streamlined environment. That is why we talk about reforming schedules to reduce burdens across the commercial sector, not just IT.”

To OMB’s credit, no other administration has developed such as a specific set of management priorities and plans this early in a presidency. Maybe this is one benefit of not having too many political appointees quite yet.

This bodes well for agencies as they develop their reorganization and reshaping places around the workforce, employee performance management and mission areas. At least on the surface, it seems OMB is willing to listen to thoughtful plans and ideas to improve agency management and services to citizens. 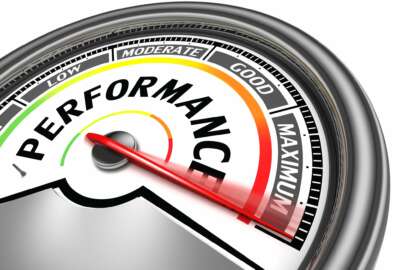