The hottest new federal buzzword is blockchain. You can’t got to a conference without a session on or someone talking about this emerging technology.

But as one vendor, who cornered me recently after a session on blockchain, asked, “Is any agency actually doing anything around blockchain or are they just talking about it?”

That’s a fair question and one I didn’t have an answer for.

It’s clear from the Gartner hype cycle that blockchain is...

The hottest new federal buzzword is blockchain. You can’t got to a conference without a session on or someone talking about this emerging technology.

But as one vendor, who cornered me recently after a session on blockchain, asked, “Is any agency actually doing anything around blockchain or are they just talking about it?”

That’s a fair question and one I didn’t have an answer for.

It’s clear from the Gartner hype cycle that blockchain is past the “peak of inflated expectations,” and heading into the “trough of disillusionment.”

But before we all jump on the bandwagon and begin holding “blockchain conferences” or create an “Office of Blockchain,” or head in the other direction and decide blockchain was the SEAT management of the 2000s or QR codes of the 2010s, let’s step back and understand some of the potential of blockchain.

“Such ledgers can contain different types of shared data, such as transaction records, attributes of transactions, credentials, or other pieces of information,” Catalini said in the article. “The ledger is often secured through a clever mix of cryptography and game theory, and does not require trusted nodes like traditional networks. This is what allows bitcoin to transfer value across the globe without resorting to traditional intermediaries such as banks.”

The reason why blockchain is popular is the growth and acceptance of bitcoin and other digital currencies that use the underlying technology, but also because companies and technologists see the security benefits.

Catalini said in the article “the ledger is distributed across many participants in the network — it doesn’t exist in one place. Instead, copies exist and are simultaneously updated with every fully participating node in the ecosystem. A block could represent transactions and data of many types — currency, digital rights, intellectual property, identity or property titles, to name a few.”

Agencies are starting to get excited about the potential uses for blockchain.

Justin Herman, the General Services Administration’s Emerging Citizen Technology program office in the Technology Transformation Service, said at the recent 930Gov event in Washington that more and more agencies are seeking his office’s help to test out blockchain and bringing big money to the table.

“Blockchain has up-ended everything. It has shifted in tenor from ‘you should check this out,’ to ‘you really have to check this out’ to ‘we need GSA to take a leadership role in this and build a governmentwide roadmap,’” Herman said. “Every week at least two agencies are coming to the table, and it’s only increasing, ready to invest in blockchain. Not just pilot programs at $50,000 a click, but talking about programs at $4 million a click for this. This is happening right now.”

He said there is so much interest in blockchain that it’s taking up a majority of his day in the emerging technologies office.

The goal with blockchain is to make sure your records are trusted and traceable, and that’s why there is a lot of excitement around the technology.

Herman said GSA has received more than 300 potential use cases for blockchain from federal agencies.

One of those agencies which wants to know more about this technology is the Treasury Department’s Bureau of Fiscal Service. It set up four pilots to test new or emerging technologies, including robotics and blockchain.

John Hill, the assistant commissioner in the Office of Financial Innovation and Transformation, said his office will kick off a blockchain pilot this year focused on physical asset inventory control.

“We are starting very slowly. What we are doing is building a prototype for tracking Blackberrys within a small organizational unit so you can constantly reconcile the master inventory with the actual, physical inventory at any point in time,” Hill said at the 2017 Shared Service Summit sponsored by the Association of Government Accountants and the Shared Services Coalition. “We hope this pilot will prove that the blockchain will produce real value, eliminate all these independent records and simplify the whole process and keep the actual inventory and the master inventory in sync in real time. If that works, and it works well, then I think it’s an easy intellectual or conceptual leap to the next one, which is if you can keep track of something physical like a Blackberry, then perhaps an intergovernmental difference could be managed or perhaps something of more value that is not physical, but in fact is virtual.”

Hill said he expects a couple of hundred people to take part in the pilot, which is expected to last three-to-nine months.

There still are a lot of questions about blockchain, including whether or not it can scale to more than 1 million users.

Herman said there are several other obstacles to getting blockchain into the mainstream federal environment.

He said one common issue is not understanding the use case for blockchain. As a good rule of thumb, blockchain is not valuable if there isn’t an implicit lack of trust in the process.

Herman said blockchain usually is part of a process, not an end unto itself. There are questions about interoperability and vendor lock-in, and there are the usual governance and funding issues that have to be addressed before implementing.

But Herman and others say the potential of blockchain is real, and GSA is trying to help the adoption go smoothly.

“The sober way of looking at [blockchain] is analyzing your problem and then articulating it in such a way that potentially a solution could be blockchain or smart automation,” Herman said. “We are working with about 200 federal managers on blockchain initiatives. Financial management, procurement, supply chain management, smart contracts, records, workforce data, government issued credentials, it’s not a matter of if, it’s happening right now. There are needs and opportunities at the table to help shape this.” 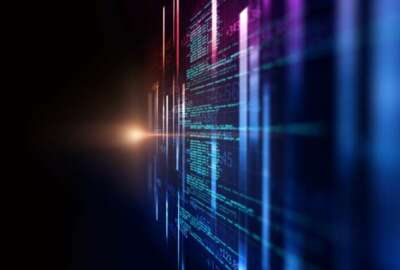 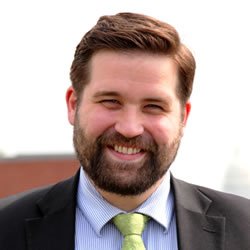 Justin Herman: Blockchain is a link in IT modernization