The General Services Administration is piloting a federal blockchain pilot initiative this summer.

“We’ve started talking with agencies … [and] working with companies, [and] we’ve started just listening and going around and starting to identify … those business cases and those needs that the distributed ledger systems that blockchain provides and those technologies provide … can impact government,” Justin Herman, the lead for the emerging citizen technology program at GSA’s Technology Transformation Service, said in an interview with Federal News Radio.

Agencies are beginning to explore blockchain, a shared digital ledger of sorts that can record financial transactions or essentially anything of value. But so far, agencies have only begun to explore it in pockets, and they haven’t been talking with each other about their discoveries, Herman said.

GSA’s Federal Acquisition Service and the State Department’s Office of Global Partnerships will hold a forum on the topic this summer. The goal, Herman said, is to begin discussing how and where it might be appropriate to engage with the blockchain industry.

Herman said GSA wants to clearly articulate its business cases to industry. He sees rapid development pilots as the way forward for agencies to start exploring blockchain and other emerging technologies, like artificial intelligence.

GSA is already working with about 30 agencies to explore how they can integrate their public data into artificial intelligence smart assistance devices such as Amazon Alexa, Microsoft Cortona, Google Assistant and IBM Watson.

Herman and GSA hope that members of the public will ask their smart assistance devices the same questions they might typically call to ask a customer service representative at the IRS or Social Security Administration, for example.

Eventually, agencies may be able to reach even more citizens with these technologies, Herman said.

“We knew that [there] were these consumer available products that were the tipping point of creating more self-service, efficient public services,” he said. “There’s also opportunities to make them more accessible for persons with disabilities. There’s the ability to open them up in new ways that put the interaction in the hands of the citizens and not so reliant on the bureaucracy to do it for them.”

GSA is pushing these 30 agencies to use existing data to conduct short pilots on smart assistance technologies.

Herman said the short-term goal is to develop a governmentwide compliance framework, which agencies would be able to use to implement their own programs in the future.

“These aren’t programs unto themselves,” he said of the agency pilots. “It’s just a month or two to be able to test something out, put together some proofs of concept that will then allow us to … identify … the privacy resources, the performance metrics [and] all those components that agencies need in order to responsibly adopt these emerging technologies.”

And Herman sees an even bigger potential for artificial intelligence technology in the federal space. 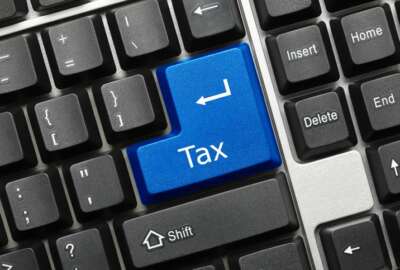 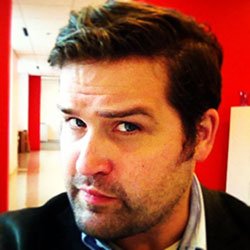 Justin Herman: Is the government ready for citizen technology?