At over 400 days without a permanent leader, no end in sight for NASA

NASA remains without a permanent leader and its nominee Rep. Jim Bridenstine (R-Okla.) remains waiting for the full Senate to act.

Over the last 14 months, Robert Lightfoot has been acting NASA administrator. But now Lightfoot announced on March 12 that he plans to retire on April 30.

“I will work with the White House on a smooth transition to...

NASA remains without a permanent leader and its nominee Rep. Jim Bridenstine (R-Okla.) remains waiting for the full Senate to act.

Over the last 14 months, Robert Lightfoot has been acting NASA administrator. But now Lightfoot announced on March 12 that he plans to retire on April 30.

“I will work with the White House on a smooth transition to the new administrator,” Lightfoot wrote in an email to staff obtained by Federal News Radio. “I cannot express enough my gratitude to the entire NASA team for the support during my career and especially the last 14 months as your acting administrator. The grit and determination you all demonstrate every day in achieving our missions of discovery and exploration are simply awe inspiring.  I leave NASA blessed with a career full of memories of stunning missions, cherished friendships, and an incredible hope for what is yet to come.”

Lightfoot has been with NASA since 1989,  served as director of the Marshall Space Flight Center and rose to associate administrator, the highest non-political position. Lightfoot didn’t say why he was retiring.

“NASA’s history has many chapters with each of us having a part.  I’ve written my part and now the pen is in your hands – each one of you.  I know you will make this nation proud as you accomplish the many missions you have in front of you. For me, I look forward to more time with my family and closest friends, and cheering the NASA team on from the outside,” he wrote. “God speed to all of you and thanks for the opportunity to be part of something truly bigger than each of us individually!  It’s been an unbelievable ride!”

Few observers expect the Senate to act on Bridenstine’s nomination anytime soon as Democrats expressed concern about his stance on climate change.

Lightfoot testified on March 7 before the House Committee on Science, Space, and Technology, Subcommittee on Space about the 2019 budget request.

During that hearing, Reps. Brian Babin (R-Texas) and Jim Banks (R-Ind.) highlighted the lack of a permanent leader.

“You have been an adequate acting administrator. You’ve done a great job. We appreciate your leadership. So, no offense to you, but I hope next time we’re sitting here, that Administrator Bridenstine will be in the chair. It’s an embarrassment to the process that — that that hasn’t happened yet. But we appreciate the leadership that you’ve provided in the meantime,” Banks said.

One NASA source, who requested anonymity to talk about personnel changes, says Lightfoot’s decision to retire  was unexpected and could be a sign of a house cleaning.

Additionally, the source says some expect Krista Paquin the deputy associate administrator, also to head out the door particularly since Lightfoot is leaving.

The source says the ripple effect may be felt through other high-level administrative positions, such as the chief information officer’s office as well as center directors.

“It is about to get very weird at NASA,” the source said.

Lightfoot said at the budget hearing that the space agency was making significant progress in fixing long-standing cybersecurity challenges.

“Our focus is on renewing and sustaining what is crucial to mission success and divesting of unneeded, costly infrastructure to lower the cost of operations. In the transformation of information technology (IT) services, we are enhancing agency IT portfolio management and strengthening NASA’s cybersecurity capabilities to safeguard critical systems and data,” Lightfoot said. “NASA OCIO will continue to implement improved management practices and efficiencies recommended by an internal IT Business Services Assessment. For example, NASA is continuing to evolve from a from a highly decentralized IT environment controlled by the centers and agency programs and projects to an enterprise IT environment that is more centrally managed and overseen by the agency chief information officer. This important transition, along with other internal governance and infrastructure changes, is contributing to a stronger cybersecurity posture at NASA. While there is no perfect, one-size-fits-all tool to predict, counter and mitigate the wide range of attacks experienced across the federal government, new cybersecurity management tools will continue to allow NASA and other federal agencies to have better insight into their networks, providing improved pro-active monitoring and mitigation of threats before they cause significant harm.”

Speaking of acting, the General Services Administration may have filled nearly all of their senior leadership roles, one important office may have acting leadership for quite a bit longer.

The Office of Governmentwide Policy is going on its second acting leader in the last three months.

Brizzi takes over for Jack St. John, who now is acting general counsel, after serving as chief of staff since March.

All of these moves require further changes across OGP.

The Office of Information Integrity and Access in OGP has an acting deputy associate administrator now that Dominic Sale moved over the Federal Acquisition Service’s Technology Transformation Service.

The Unified Shared Services Management Office also now has an acting leader with Angerman moving up in OGP.

All of these moves are less about the quality of the acting people and more about the impact on key initiatives ranging from IT modernization to identity management to shared services to a host of other governmentwide programs. 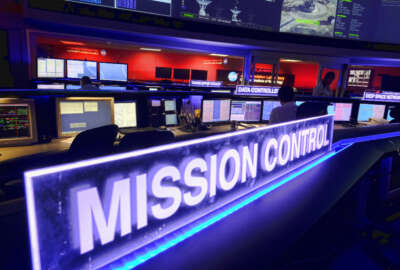 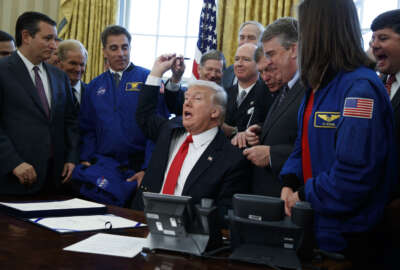 Trump authorizes NASA budget with tall order for the agency 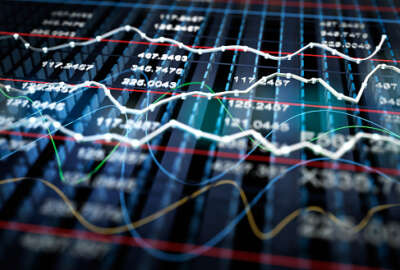