Typically, the IRS isn’t known for its openness and transparency. It’s one of those agencies that prefers to neither be seen nor heard, except when your taxes have a problem.

But times are changing, at least for the chief procurement officer.

Typically, the IRS isn’t known for its openness and transparency. It’s one of those agencies that prefers to neither be seen nor heard, except when your taxes have a problem.

But times are changing, at least for the chief procurement officer.

CPO Shanna Webbers, the chief procurement officer, and her deputy Harrison Smith are creating stronger partnerships internally and externally for the IRS through the simple concept of industry and reverse industry days.

Earlier this month, more than 200 vendors showed up in Washington, D.C. to hear from acquisition and program leaders about where the tax agency is heading over the next year.

“What we wanted to make sure industry heard is that we see them as one of our customers. In having conversations with our customers, we help understand a little bit better about what drives their behavior,” Smith said in an interview with Federal News Radio. “Ultimately it’s helping them have enough information so they can make more informed decisions, and ultimately make the marketplace more efficient. The more we are able drive down the costs to compete with the IRS by providing information and therefore reducing risks, the more frankly we reduce rack rates, the more we reduce the chance that someone says we don’t know enough about the IRS and its requirements and I’m not sure I want to do business with them.”

At the recent industry day, more than a half dozen executives provided details on everything ranging from the IRS’s move to the cloud to small business goals to the impact the new tax reform law is having.

Kirsten Wielobob, the deputy commissioner for services and enforcement, said implementing the tax reform legislation is the biggest undertaking for the IRS in her 21-year career with the agency.

“We are revising hundreds of forms, modifying 140 systems for filing in early 2019 and we are training our employees, particularly those on the frontline answering questions and interpreting and explaining the law that’s written in legal guidance,” she said. “We have created a project management offices staffed with IRS executives and contractor support.”

At the same time, Wielobob’s office also is modernizing its operations, including the service and compliance programs. She said the goal is to give employees the tools to make them more effective by providing more insight and data analytics to minimize the taxpayer’s burden.

She said among her biggest projects are a new enterprise case management system.

“What’s different from 21 years ago is the level of engagement,” Wielobob said. “The amount of transparency and partnership we are trying to foster is huge.”

And that’s where Webbers and Smith come in.

The framework outlines how the CPO’s office is supporting IRS employees’ efforts to improve citizen services and engage with industry in a more consistent and assertive way.

What may be most important about the IRS’s approach is giving contracting officers and specialists top-down support. If they make a mistake or if a procurement is protested, Webbers and Smith have their back.

“Harrison and I have open office hours where individuals can come in to talk about strategy, and advise them which [way] they should be going,” Webbers said. “When there is an issue that is controversial potentially or let’s say a vendor protest, we stand with the contracting officer shoulder-to-shoulder, answering those questions so it’s not them there by themselves. We encourage them feel bold and empowered and we are standing right there beside them. I feel that has changed the environment of our staff. I can feel the difference in their confidence.”

Smith pointed to a recent example where the CPO’s office helped a contracting officer take a different approach on an acquisition.

“We challenged the procurement team to post as much information as they possibly could and let them determine that,” he said. “They came back within two days and posted a three-page memo which outlined when the proposals would be due, how much time industry was going to have to respond, the evaluation factors, what was most important, the historical information that would be useful to industry. They let industry know that they took a lot of time and effort to provide them with this information and they were serious about opening up the competitive aperture and making sure that folks have enough information to make an informed decision about how to proceed.”

The CPO’s office also has encouraged contracting officers and program managers to say the simple phrases, “We don’t know,” or “We need your help.”

Smith said traditionally the IRS has hesitated to put out information before it’s final. But his team is helping the acquisition community embrace the concept of providing as much information as they know to industry, and then asking for help filling in the details.

“We want to avoid radio silence, which is so often a killer in terms of tracking requirements and capturing opportunities,” he said. “Requirements owners in the [chief information officer’s] office or the [chief human capital officer’s] office are sometimes afraid to talk to industry because they don’t know the rules and don’t want to get anyone in trouble, which we certainly applaud. We are setting the conditions that allow for open conversations in a safe environment, providing training to individuals in the requirements offices, ultimately our customers as well, to help them understand what’s out there, what’s available and how they can have conversations with individuals when they are not necessarily under a contractual arrangement.”

Webbers said many of these internal discussions focus on the IRS’s appetite for risk. She said her office tries to be clear with the program folks when taking risks make sense and when they don’t.

“We celebrate our successes,” she said. “We want to provide that example where we as one team, one procurement rely on each other. As we learn what we did well, let’s continue to do it. As we learn of something we could’ve done better, let’s learn from that and continue to progress forward.”

Smith said the CPO’s office tracks progress in a number of ways, including increased competition for solicitations and, to a lesser extent, bid protests. But he said as any agency tries to be more innovative with their acquisition strategy, the likelihood of vendor complaints could increase.

“Another area we are working on is ultimately how do we make sure the customer is getting what they need in a more efficient and appropriate time?” Smith said. “That does mean that sometimes we need to say ‘we spend a lot of time on this particular set of activities and maybe it’s not worth risk or return on investment.’ It means we have to back away and say, ‘we are not doing things the way they have been done in the past just because they have been done that way in the past.’”

It takes a targeted effort, he said, as well as resources identified by leadership to make sure the agency is constantly improving, and identifying better and more effective ways to do business.

IRS pushes for better government-industry relations amid IT modernization drive 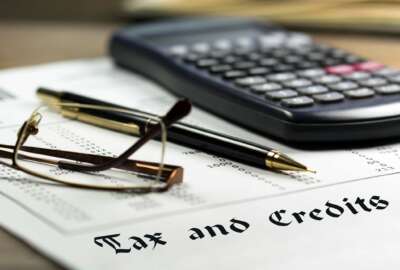