Pulled from the “no duh” file, agencies missed a key IT and network modernization goal.

And pulled from the “I told you so” file, the $50 billion Enterprise Infrastructure Solutions (EIS) program remains on track to repeat mistakes of previous telecommunications transition efforts.

These are the common refrains of so many federal programs when there is little oversight and accountability from the Office of Management and Budget, and from Congress.

Over the last year, despite...

Pulled from the “no duh” file, agencies missed a key IT and network modernization goal.

And pulled from the “I told you so” file, the $50 billion Enterprise Infrastructure Solutions (EIS) program remains on track to repeat mistakes of previous telecommunications transition efforts.

These are the common refrains of so many federal programs when there is little oversight and accountability from the Office of Management and Budget, and from Congress.

Over the last year, despite the General Services Administration’s best efforts, agencies continue to view the EIS program as “nice to have” instead of a must-have. This comes despite the fact that agencies who have taken steps to modernize their networks and infrastructures are faring better than those who did not in the current maximized telework environment.

That became clear once again this week when agencies fell well short of their goal of awarding task orders by March 31.

A GSA spokeswoman said these figures are preliminary and the agency will update the data for the second fiscal quarter on or around May 15.

“As of the end of February, we expect to receive 192 solicitations across all agencies,” said Bill Zielinski, the assistant commissioner for the Office of Information Technology Category GSA’s Federal Acquisition Service, in an interview in mid-March. “So far, 19 have made an award, meaning about 10% of all agencies not only released their solicitation but have an award in place.”

This means between now and Sept. 30, which is the next major deadline for agencies under the EIS program, vendors and GSA expect a busy six months.

“We except to see the bulk of the fair opportunity solicitations in by end of this calendar year. Roughly, we’ve seen about one-third come through the door already, which means a busy time to get there all of them out by the end of this fiscal years. We do expect some may carry over into next year, but only a limited number,” said Chris Smith, vice president for civilian and shared services at AT&T global public sector, in an interview. “We are almost three years into EIS now and the solicitations are in different states. There are about three dozen pending to award and a good couple of dozen in progress with EIS vendors responding.  For CIOs and mission leaders, this is an opportunity to modernize, transform and take full advantage of this contract.”

Several EIS vendors said the continued delays in issuing solicitations are both unfortunate and frustrating.

“We are seeing the same problems as the FTS 2001 to Networx transition. Requirements are slow to come out and the number of requirements in the addressable market is small compared to what we expected,” said Tony Wellen, the president and CEO of BT Federal, in an interview. “GSA has given agencies the date that they should fully transitioned by May 2023, and it’s just going to be tough without the rigor and discipline that is needed.”

The industry-government group ACT-IAC is trying to provide some of that rigor and discipline.

Dave Powner, the director of strategic engagement partnerships at MITRE and the former director of IT management issues at the Government Accountability Office, said agencies have to have a short tactical and a long term strategy approach to EIS.

Powner, who is leading a working group developing case studies on several topics including IT modernization and EIS for the ACT-IAC Institute for Innovation, said when an agency looks at modernization and improving cybersecurity, the transition to EIS is important on a number of fronts, and it’s important to understand and take advantage of the catalog of products and services under the program.

The ACT-IAC working group is looking at the agencies who have made awards under EIS, such as the departments of Justice and Interior, and the Social Security Administration.

“What are the lessons learned? How did they go about awarding their projects? How are they taking advantage of the flexibilities under EIS?” Powner said. “Agencies that are doing something in the short term will progress and start building momentum. You can take those baby steps to build up credibility.”

GSA’s Zielinski said the agency is bringing vendors and customers together on a regular basis to explore technical and contractual opportunities.

“We have the opportunity to bring industry and government together so they are looking for the best of what the contract can bring to them,” he said. “Agencies should be open to listening to those proposal and perhaps different approaches to advancing modernization.”

The challenges with EIS, like Networx and FTS-2001 before it, isn’t getting agencies to understand the benefits of the new contract. It’s getting them to realize the imperative of realizing the cost savings, better services and improved cybersecurity much more quickly. Until either GSA can bring down a bigger hammer, or when OMB and/or Congress take over the accountability role, EIS will continue live in the “no duh” and “I told you so” world of IT projects. 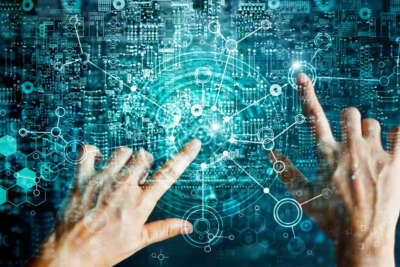 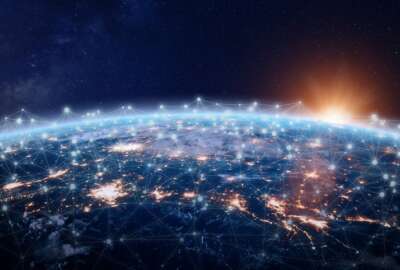