Agencies have roughly six more weeks to release all their solicitations under the Enterprise Infrastructure Solutions (EIS) contract to meet the administration’s goal.

The most updated statistics from June 30 show the next month-and-a-half will either be a sprint worthy of Usain Bolt, Secretariat and Chuck Yeager’s Bell X-1 combined or yet another missed deadline under EIS.

The General Services Administration’s Federal Acquisition Service says as of June 30, 42 medium and large agencies and...

Agencies have roughly six more weeks to release all their solicitations under the Enterprise Infrastructure Solutions (EIS) contract to meet the administration’s goal.

The most updated statistics from June 30 show the next month-and-a-half will either be a sprint worthy of Usain Bolt, Secretariat and Chuck Yeager’s Bell X-1 combined or yet another missed deadline under EIS.

The General Services Administration’s Federal Acquisition Service says as of June 30, 42 medium and large agencies and the judiciary released only 23 out of an expected 127 fair opportunity solicitations (FOS).

Of the 18% of all FOS that are out there, the departments of Commerce, Justice and Transportation are ahead of the pack, while the Defense Department, the Securities and Exchange Commission and Homeland Security still have a long way to go.

“We are looking at two things with EIS transition. We are looking at agency readiness to transition. We have a scorecard. It’s a mix of red, yellow and green. About where you’d expect it to be,” said Alan Thomas, the FAS commissioner at an event sponsored by AFFIRM at the end of July. “We actually dedicated a good bit of funding to help agencies through the transition and award processes. That work continues at pace and we will continue to stand with our customers and help them get over. The pricing is great on EIS and the capabilities are better than on Networx. So there are all kinds of appropriate incentives to transfer over.”

The other thing FAS tracks is vendor readiness. Thomas said three EIS prime contractors have met the cybersecurity requirements, while the six remaining vendors that still require an authority to operate to implement EIS services should be ready by the end of the calendar year at the latest.

Thomas said awards by NASA and the Justice Department without protest also are positive signs for the program. Justice awarded AT&T a 15-year, $984 million task order under EIS on July 29.

Joe Klimavicz, the Justice chief information officer, said in an interview with Federal News Network before his agency announced the award that EIS would give Justice the flexibility to take advantage of the changing technology over the life of the deal and modernize its networks across more than 2,000 locations.

“You have to describe your needs and the capabilities you are looking for, but not exactly prescribing to industry how it needs to be done because not only do you want to modernize your underlying technology, but you want to build that flexibility into the contract over the next 15 years,” he said. “It’s going to change rapidly and you don’t want to be locked into yesterday’s technology in 5 or 10 years from now.”

AT&T says in a release Justice will “transition to a next-generation communications platform supporting more than 120,000 employees across more than 2,100 locations. The fully managed solution includes a breadth of networking capabilities, including IP voice, data, security, cloud access and professional services. This will serve as a catalyst for the DOJ’s long-term technology priorities.”

While some vendors expressed concern over Justice’s approach and award—the big bang contract for voice, video and data and the fact it received only two bids—most were excited to see EIS starting to pick up steam.

Several EIS vendors say they expect a busy fall and winter in terms of responding to solicitations.

“In general, the program is moving probably realistically as fast as we in the vendor community would’ve expected it. We put some targets out there to drive for but are struggling to make those aspirational goals,” said David Young, senior vice president of CenturyLink’s strategic government group, in an interview with Federal News Network. “I think the system is working, but it’s not at peak capacity.”

Young said he doesn’t believe agencies will hit the Sept. 30 deadline GSA set to release their solicitations, but momentum is building.

Concerns about the EIS transition have reached Congress.

House Armed Services Committee lawmakers added provisions to the fiscal 2020 National Defense Authorization bill, which would require GSA “to instruct each agency to adopt an updated transition management plan and an integrated transition time line, as recommend by the Government Accountability Act. Further, the committee directs GSA to provide a report, no later than 60 days following enactment of this act, detailing steps taken to ensure a timely and efficient transition to EIS that maximizes competition, efficiencies and taxpayer savings as described above.”

Chris Smith, vice president for technology at AT&T government solutions, said the good news so far among those solicitations that are out there is they are not solely a “like-for-like” transition.

“There is a little bit of mystification that it’s a lot of like-for-like. That is normal for a transition. We are not seeing agencies push all their legacy systems out and start new because they have to keep the lights on to keep a continuity of operations,” Smith said in an interview. “We are seeing a good deal of diligence to get moving and keep everything running and lean into modernization. Remember, modernization is not a one-time event, but an ongoing effort to refresh capabilities to best serve the mission.”

Smith said agency solicitations have asked for a range of technologies, including cloud and cloud hosting, security, mobility and the preparation for 5G.

Mike Maiorana, the vice president of public sector for Verizon, said agencies seem to understand that EIS can help drive them forward by providing better network and bandwidth. He said they are asking to move workload applications to the cloud and help create the “digital services to meet consumer and citizen expectations to have a reliable and secure and modern experience with the government.”

Lawmakers  weigh in on approach EIS

At the same time, vendors advise that agencies don’t try to recompete one big contract for all their telecom services.

CenturyLink’s Young said not only will agencies get better competition and pricing by breaking the procurement into two or three pieces, but better service too.

Young said Commerce’s approach to EIS and IT modernization is one that likely will gain more momentum.

“Commerce is using its FOS to have ability to choose multiple providers for each task area. Our expectation is Commerce will do a downselect to 2 or 3 providers and they will give them work to bid on,” he said. “The strategy to have 2 or 3 providers means you will have a continual field of competition for what they are implementing from a networking standpoint.”

Lawmakers also weighed in on the approaches agencies should consider, saying, “The committee is aware that EIS is structured to maximize competition by providing federal agencies with the opportunity to receive best value by logically grouping together relevant services in multiple fair opportunity task orders as opposed to limiting competition by awarding unrelated services to a single service provider that provides the broadest array of products and services.”

AT&T’s Smith added EIS has a long runway that agencies should take advantage of as they develop their FOSs.

“It’s been two years for many agencies since they developed their initial EIS strategy. They maybe should do a market scan to see what has changed because two years is a long time for technology,” he said. “They also should make sure the transition is smooth and ensures there is good continuity while asking what are their short or mid-term transformation efforts that gets them into the cycle of refreshing technology.” 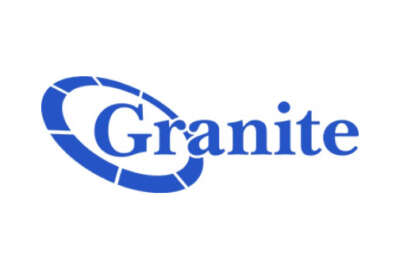 Labor pulls back telecommunications RFP, to rethink strategy after protest