With the release of the new guidance last week for agencies to submit proposals to receive some of the $1 billion in the Technology Modernization Fund, Federal Chief Information Officer Clare Martorana issued her first major policy decision that her fellow CIOs, industry and especially Congress will be watching the implementation of closely.

“I have called on the TMF board to prioritize modernization proposals that replace legacy IT systems that waste millions of taxpayer dollars...

With the release of the new guidance last week for agencies to submit proposals to receive some of the $1 billion in the Technology Modernization Fund, Federal Chief Information Officer Clare Martorana issued her first major policy decision that her fellow CIOs, industry and especially Congress will be watching the implementation of closely.

“I have called on the TMF board to prioritize modernization proposals that replace legacy IT systems that waste millions of taxpayer dollars each year, as well as threaten our government’s cybersecurity and fail to provide the customer service experience that the American taxpayer deserves,” said Sen. Maggie Hassan (D-N.H.), chairwoman of the Homeland Security and Governmental Affairs Subcommittee on emerging threats and spending oversight, in a statement to Federal News Network. “This announcement is a positive step forward that will help encourage more agencies to take advantage of the Technology Modernization Fund and replace their costly legacy IT systems to ensure that agencies can meet the needs of the 21st century.”

Congress handed Martorana, who became Federal CIO in March, the golden IT modernization ticket, something the men and women who held previously her position didn’t have, but desperately wanted.

Martorana offered some insights through email responses to Federal News Network questions about the TMF guidance, the board’s plans and why agencies should apply for the additional money.

Federal News Network: How will the repayment model work in terms of deciding which model makes the most sense?

Clare Martorana: As agency CIOS, CFOs, and leadership partner together to submit projects to the TMF, they will determine the level of repayment most appropriate to request for each project, based on the agency’s financial posture and risk management strategy. Additionally, the TMF Board will decide based off the new model outlined today— which factors in project prioritization and repayment flexibility.

Federal News Network: How do you think the changes make applying for the TMF more appetizing for agencies?

Clare Martorana: The repayment flexibility model was designed to make it easier for agencies to access the $1 billion appropriated to the TMF to meet the urgent cybersecurity and IT modernization demands that we need. Now, agencies can apply for projects that previously were out of their reach.

Clare Martorana: These four priority investments areas were chosen because these categories are what typically make up an agency’s IT portfolio.

Federal News Network: Is it up to agencies to make their case to the TMF board for what is a high priority system or public facing system?

Clare Martorana: Agencies are encouraged to submit their proposal to the board because they are their own best advocate. No one knows their IT portfolio and mission better than them, therefore they are best positioned to make the case and explain their proposals to the board.

Federal News Network: What will be the TMF board’s biggest challenge to get the money out the door? Time, people resources?

Challenges ahead for agencies, industry

The idea that Martorana espoused, that the expanded TMF lets agencies apply for funding for projects that were previously out of reach, is both the biggest opportunity and the biggest challenge.

Gordon Bitko, a former FBI CIO and now senior vice president for policy at the IT Industry Council, said there is a sense of urgency to get the money out the door, but it will require a lot of thought, too.

“I think we will see agencies that are well positioned because they have modernization plans that are already in flight and this is an opportunity to tweak or accelerate it,” he said. “We will also see others who haven’t really been as effective in thinking about modernization may be starting from scratch to get proposals to the TMF board.”

He said another real challenges is the five agencies with political CIOs that haven’t been named yet. The acting CIOs may be hesitant to commit to taking on a “loan” without the backing of a permanent leader.

Matt Cornelius, the executive director of the Alliance for Digital Innovation, an industry association, and a former senior technology and cybersecurity advisor at OMB, said in an email to Federal News Network that the TMF program management office shouldn’t wait to expand its staff because the proposals will be coming fast and furious.

“The board must have access to the best information possible to guide their decision making. This means they can’t just meet periodically and look at the paper forms submitted for their consideration. They must actively — as a body — work with industry, Congress, agencies and any other participants to get a better understanding of the real investment opportunities throughout the government and constantly work to refine and improve their bureaucratic processes to ensure that the most dollars get to the best projects, and produce the best results,” Cornelius said. “They need to communicate the successes of any projects they have funded very aggressively, rather than the way the previous administration operated, which was to say very little about the actual outcomes of any TMF investments — a major missed opportunity. Success begets success.”

Mike Hettinger, president and founding principal of Hettinger Strategy Group and a former Hill staff member, said quickly increasing the staff and resources of the PMO would be an important signal to Congress.

“I think it’s primarily a staff bandwidth issue. They just don’t have the bandwidth right now to effectively review the influx of expected proposals. When we were talking to the Hill about this we encouraged them to set aside a percentage of the $1 billion to ensure they had the administrative resources necessary to properly administer the fund,” he said. “The other hang up is likely to be the quality of proposals. The better the proposal, the easier it’ll be to get them approved. From that standpoint, the June 2 date is a tight turnaround.”

Bitko agreed that the board should expand not only its staff but how they work with industry and the instructions it gives to agencies.

“I’d like to see more specificity about a number of things, including how the repayment terms will be modified, what constitutes a priority area, what do those look like and how will the board evaluate the proposals? Those are important steps to give agencies in the guidance,” he said.

The challenge of getting the money out the door isn’t a short term effort either. OMB’s guidance said it would give expedited consideration to proposals from agencies submitted by June 2. But the board also will be reviewing proposals on a rolling basis until the money runs out.

Dave Wennergren, the CEO of the American Council for Technology and Industry Advisory Council (ACT-IAC) and a former Defense Department deputy CIO and vice chairman of the CIO Council, said investments must be made and measurable outcomes achieved quickly, or there won’t be any appetite for future significant additional funding.

“It will be crucial that the process for identifying, approving and successfully implementing projects that use the funds be accelerated and streamlined,” he said. “With less than $100 million cumulatively awarded in TMF projects, the process must be optimized to ensure the timely flow of funds for new projects.” 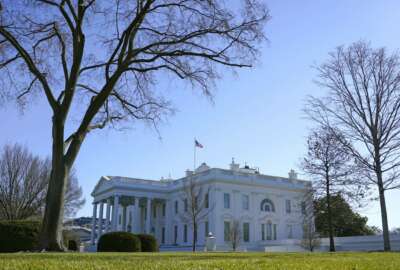 $1B for TMF: A ‘put up or shut up moment’ for tougher federal IT fixes