After multiple losses in court, the Trump administration is holding steady on its attempt to ban transgender people from the military. That decision is receiving broad criticism from civil rights groups, lawmakers and former military officials, while few groups are coming to the administration’s defense.

After multiple losses in court, the Trump administration is holding steady on its attempt to ban transgender people from the military. That decision is receiving broad criticism from civil rights groups, lawmakers and former military officials, while few groups are coming to the administration’s defense.

The Defense Department released its long awaited policy last weekend, which recommends barring service members with gender dysphoria. Only transgender people who have been “stable” in their gender for 36 months prior to joining the service can try to join the military. If someone receives a diagnosis while currently serving, but does not require a change of gender and can still deploy, then they may be able to stay in the military.

The policy, which President Donald Trump signed on March 23, brought criticism from all over the ideological spectrum.

“President Trump’s decision to ban transgender military service is vicious, inhumane and utterly wrong. There are scores of transgender men and women serving in the military right now, under a policy that had already been established and vetted by DOD and validated by the courts. There is zero credible evidence that this policy has negatively affected readiness,” House Armed Services Committee Ranking Member Adam Smith (D-Wash.) said in a statement. “By issuing this decision, President Trump has engaged in an act of pure discrimination against people who sacrifice every day to serve their country — and who have been doing so for years. Stripping patriotic service members of their ability to serve openly in this way goes against American values. I condemn this decision and will continue to fight it with all of my abilities.”

Sen. Joni Ernst (R-Iowa) told “Face the Nation” this weekend she supports transgender service members in the military as long as they meet the physical and mental standards.

“I have asked transgenders myself, if you are willing to lay down your life beside mine, I would welcome you into our military,” Ernst said.

Rep. A. Donald McEachin (D-Va.) called Trump’s actions a “double down on bigotry” and senior House Armed Services Committee Member Jim Langevin (D-R.I.) said the policy is an “insult to the patriots who put their lives in danger every day to protect our country.”

Not everyone is upset with the decision, however. The conservative Heritage Foundation, which has worked closely with the Trump administration on policy issues, praised the decision.

“The requirements of military service are clear: every individual in uniform must be able to deploy, fight, and win in the worst of conditions, without any reliance on a daily flow of medications, medical treatment or special provision. We must also be certain our service members have the mental resilience to withstand the proven trauma of combat and the stress of prolonged deployments in austere environments. All are necessary standards if U.S. forces are going to prevail on distant battlefields,” Tom Spoehr, director of the Heritage Foundation’s Center for National Defense said in a statement. “Secretary Mattis recently, and properly, announced that every uniformed member of the military must be deployable. The armed forces are not a petri dish for social experimentation, nor is military service a guaranteed right; rather, our military is the first line of defense for America’s own unique experiment in liberty.”

“President Trump is moving the military away from the crippling policies of the Obama era that left our nation’s defenses at its lowest levels of readiness since before WWII. He recognizes that the last thing we should be doing is diverting tax payer dollars from mission-critical training to funding for controversial gender reassignment surgeries and transgender sensitivity training for service members,” Family Research Council President Tony Perkins said.

Leaders of the military services also supported transgender people serving in the military.

“I believe any individual who meets the physical and mental standards, and is worldwide-deployable and is currently serving, should be afforded the opportunity to continue to serve,” Dunford told Congress on Sept. 26, 2017.

Zukunft said he reached out to the 13 transgender members of the Coast Guard last summer and assured them he would not turn his back on them.

Spencer told reporters last August that he believed any patriot should be able to serve in the military.

Mattis took issue with the RAND Corporation study, which stated the cost of keeping transgender individuals and new recruits in the military is estimated to cost between $2.4 million and $8.4 million annually.

Mattis stated the study contained “significant shortcomings” and relied on heavily caveated data to support its conclusions, glossed over the impacts of healthcare costs, readiness and unit cohesion.

The defense secretary did not mention the New England Journal of Medicine study, which came to largely the same conclusions.

Federal News Radio’s special report from last August found many transgender service members worked in high value positions in the military such as surgeons, pilots and cyber experts. Others were deployed on a submarine while transitioning. The cost of expelling those troops from the military could have significant readiness and cost impacts that far outweigh keeping transgender people in the military. 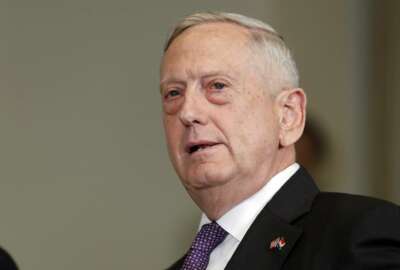 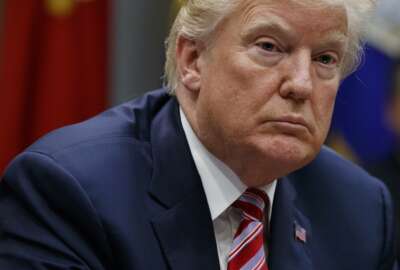