While the Office of Management and Budget’s desire for governmentwide shared services remains as strong as ever, the obstacles to make this concept consistently work remain the same as they have for the last 20 years.

A new white paper from the Shared Services Leadership Coalition attempts to bring some solutions to the problems that have plagued...

While the Office of Management and Budget’s desire for governmentwide shared services remains as strong as ever, the obstacles to make this concept consistently work remain the same as they have for the last 20 years.

A new white paper from the Shared Services Leadership Coalition attempts to bring some solutions to the problems that have plagued financial management, human resources and other back-office initiatives since the 1990s.

“The government is doing a lot of things really well. They tend to recognize that shared services is a long term project. In fact, they compare it to a relay race where one generation of leaders is building a foundation and then handing off the baton to the next generation to move forward. And they’ve been putting in place some really sound foundational governance structures, which are important for long term successes of the program,” said John Marshall, the founder and CEO of the Shared Services Leadership Coalition, in an interview with Federal News Network. “We’re seeing still a significant gap between the progress that’s happening at the governance level, what was being put in place by the General Services Administration and the Office of Management and Budget, and measurable business results on the ground in most agencies. The main takeaway from our paper is nothing surprising. It’s that stronger attention to nuts and bolts, discipline and energy and execution are necessary to move the needle on the ground, and results after matter.”

The call for results as part of that stronger dedication was among the common themes that emerged from the coalition’s interviews with industry and federal executives about the current state of shared services and what needs to be done.

The coalition made 11 recommendations for how to further drive shared services across government.

The recommendations also come as OMB is accelerating the initiative, naming the Department of Homeland Security, GSA and the Treasury Department as managing partners of individual quality service management offices (QSMO). The administration is expected to name the Department of Health and Human Services to lead the grants management QSMO later this year.

For much of the past 18 months, the administration has been developing the governance processes that are focused on the customer.

The coalition said moving to the next phase, driving results from the shared services, will be dependent on leadership at all levels of government.

This is why one recommendation is to rename the “senior accountable points of contact” (SAPOCs), which OMB required in its April 2019 memo, as “shared services executives” (SSEs) and establish them with consistent, full-time roles, responsibilities, and authorities in all agencies.

“We recommend that SSEs report directly to the deputy agency head/chief operating officer and indirectly to the governmentwide leaders of the Sharing Quality Services CAP Goal initiative, or another shared services leader established in OMB. SSE individual performance objectives and annual performance ratings could be jointly prepared by the agency chief operating officer and OMB’s shared services leader, aligned with governmentwide objectives, and driven by actual business results realized in their agencies,” the coalition stated in its white paper. “We further recommend that OMB issue to agency heads and SSEs clear and concise direction requiring agencies to establish and operate efficient and effective mission support services, and eliminate investments to modernize or acquire new services that are duplicative or overlapping with similar services available through the QSMO marketplace.”

More specifics in A-11

One federal executive told the coalition that the senior accountable officials need to be placed higher in the organization to really have the desired impact.

“The SAPOCs need to have meaningful roles,” one executive suggested. “The challenge in [my department] is that the SAPOC is the [chief financial officer], but the CFO is not empowered over the [chief human capital officer] or the CIO or [internal] agency heads. It needs to be higher, like the chief management officer, if not the deputy secretary.”

Marshall said another piece to this accountability drive would be for OMB to add more specific requirements for how agencies manage and budget for shared services in Circular A-11.

OMB included in A-11 some new requirements in 2019 that focus agency planning on initiatives like shared services under the President’s Management Agenda.

Marshall said OMB should require from agencies “a detailed set of metrics and timetables for driving change and realizing results.”

“In fact, we’d go further and say let’s set up a dedicated section of A-11 focused on shared services, and put in some requirements for metrics and timetables, real business results to be realized,” he said.

The funding to move to shared services and to keep those systems modernized has long been an obstacle that successive administrations failed to overcome.

The coalition again heard about the lack of money for shared services as a major challenge.

“There is no effective funding model for shared services,” one executive noted in the white paper. “Everybody has to get funding on their own – beg, borrow or steal, whatever it takes.”

Another said, “There is no standard funding approach for QSMOs. This is an area where OMB needs to weigh in and level the playing field.”

Marshall said one recommendation is to use the Technology Modernization Fund, like OMB is doing with the NewPay initiative led by GSA, to boost these initiatives.

The push for accountability wasn’t just something that industry desired, but the federal officials also called for more oversight of the initiatives.

Marshall said the alignment around accountability surprised the coalition.

Marshall said federal executives also highlighted several other important issues such as the importance of choice among shared service providers to include public and private sector options. He said another area that emerged from the discussions is the need to have both carrots and sticks to get agencies moving toward these offerings.

A top-down mandate is needed?

The coalition says in the white paper that the current model seems to rely more on persuasion than coercion.

Some were skeptical that shared services could ever reach critical adoption mass without a stronger push from the top.

“Top-down mandates are necessary,” one executive observed. “When HHS created the Program Support Center, operating divisions had no choice; they were forced into it. This produced a level of participation that would not have happened voluntarily but was necessary to scale.”

Another executive told the coalition that “none of these [legislative and policy mandates] go far enough for us to dictate that agencies within the department move to a shared services model. We were lucky to have [an assistant secretary] with ability to influence agency leadership, but there is no authoritative source to ensure they comply. Authoritative legislation or an executive order would be a necessary pre-cursor.”

Marshall said he realizes many of these recommendations are not new or haven’t been discussed at some point over the past 20 or 30 years, and that managing large-scale change across the government isn’t easy.

“It just takes strong leadership, disciplined execution and accountability for results,” he said. “We can’t keep coming back to that point, results have to matter. The overall thrust of the report is it’s about making the nuts and bolts of government work more effectively. It’s the execution and the accountability for results in driving from the top down throughout the culture, and getting the whole government aligned in this direction. It’s very hard. But — it’s doable.” 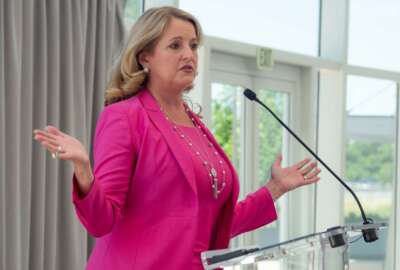 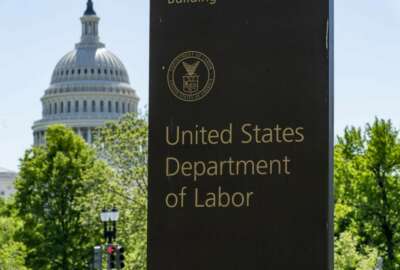 By placing the customer first, Labor showing how shared services could work 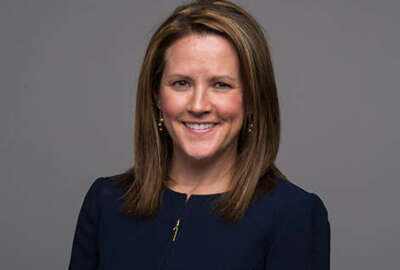 Shared services executive to depart after 4 years at GSA