Right now, Lynette Sherrill, the Office of Information Technology’s executive director of Enterprise Command Operations, said her entire organization is almost entirely virtual due to the pandemic. In addition, although they are based in Austin, Texas, Sherrill said neither the SolarWinds cyber breach nor the recent winter storm, which knocked out most of the state’s power – including at her own home – was enough to stop central data center operations. That was a relief considering the enterprise service desk is one of the most complex service desks in the entire U.S. IT industry, running about 60,000 calls per week, she said.

“It is running about 3 million calls a year, and handling and touching more than 5.5 million tickets a year,” she said on Federal Monthly Insights — Digital Modernization (Managed Services). “And we have about 575 agents on the phones throughout the week to respond to any it issues that VA may have. So scale and scope here is a big deal.”

When VA pushed out about 150,000 end users to their homes as the result of the pandemic, many of whom were first-time teleworkers, the service center took those calls, she said. Agents had to help with needs such as laptop set-ups and network connections remotely, and in the first eight weeks, call volumes doubled.

It is a feat she said only a managed service provider could have spanned as quickly as it did.

“At the Service Desk, we have a managed service provider contract, and they were able to mine the data of the tickets that were coming in, give us that feedback and say, ‘Hey, it’s all: How do I get my computer set up?’ And that allowed us to partner with them and very quickly create a video that we published on the VA.gov website,” Sherrill said on Federal Drive with Tom Temin. “And in the front-end messages, users called into the service desk, we point them to that video so that they could at least try themselves while they’re waiting on the phone because these calls take an hour or longer. And when our average handle time at a service desk – you plan for anywhere from 8 to 12 minutes.”

It kept customer satisfaction rates high during a time when there was also increased empathy from people who may otherwise be annoyed at the long wait times, she said. The managed service provider surged and brought in an extra 200 agents on the phone within three weeks. But Sherrill said that was because the provider’s contract with VA is based on a service-level agreement, not the number of people they have. The contract also has two key metrics: Critical performance indicators and key performance indicators.

“The critical performance indicators are the ones that drive the contract incentives or disincentives as the case may be, our critical performance indicators are first-contact resolution,” she said. “We don’t want the customer to have to wait for anything if we can help it. But… if it’s a more complex problem that the agents can’t resolve, then we do have to send it off.”

There is also the indicator of average speed to answer, which is usually around 45 seconds. At the height of the pandemic, that critical performance indicator “was blown out of the water, because there’s no way they could answer – they could have put 10,000 agents on the phone and not [be] able to answer in 45 seconds,” she said.

VA also introduced chatbots to shift some users off the phone lines and off agents’ workloads. Still, Sherrill said that an agent can handle up to eight chatbots at a time, depending on the agent’s experience level. She sees the technology being used more going forward. But she clarified that chatbots are not the same as a traditional live chat session with an agent on the other end. Chatbot is artificial intelligence technology that has a workflow behind it and can connect a customer to an agent, but the customer can also ask it questions to search prior to that connection.

“But at any point, when the customer says, ‘Hey, I’d like to speak to somebody’ – the chat bot knows to immediately try to connect them to an agent,” she said. 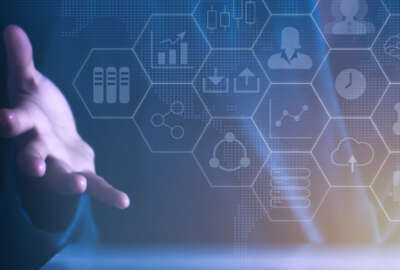 How and why to sign up for contemporary managed services 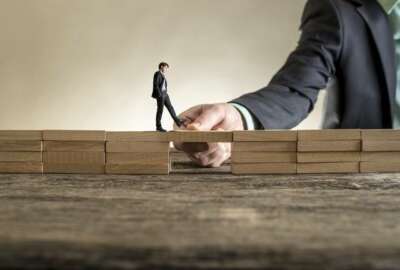