For the American Federation of Government Employees (AFGE), the current state of the union isn’t strong.

It also recommended changes to the decades-old General Schedule pay system in favor of pay-for-performance, and it broadly suggested the White House consider further alterations to federal labor-management structures.

Federal employee-employer relations take up too much time, the White House wrote in its most recent budget proposal, and those activities may be ineffective and inefficient.

“Collective bargaining contracts can have a significant impact on agency performance, workplace productivity, and employee satisfaction,” the White House said in the request. “The administration sees an opportunity for progress on this front and intends to overhaul labor-management relations.”

The details of such a proposal are unclear. But the administration cited President Donald Trump’s September executive order, which disbanded a formal advisory panel designed to create and foster partnerships between labor and agency management.

“Never have we have faced attacks aimed at us today, and never has our survival been more in jeopardy than it is today,” Cox said. “That’s not just hype, it’s the plain truth. I believe I’m being honest about where we are today. But one thing about AFGE — we don’t take it, y’all.”

This year, AFGE and its members are advocating lawmakers for a 3 percent pay raise, rather than the pay freeze the president offered in his most recent budget proposal.

“We’ve given enough already — $246 billion over the last four or five years,” David Bump, an AFGE local vice president and employee at the Veterans Benefits Administration in Portland, Oregon. “We have folks who aren’t able to make it anyway, who are living paycheck to paycheck as federal employees. To further cut their pay and benefits is just ridiculous.”

For Bump, morale at his office is “two steps above rock bottom.”

“It’s gotten a lot harder to get the work done, because of changes to systems that VA uses and just the increased complexity of the claims that are coming in,” he said Wednesday during an AFGE rally on Capitol Hill. “[There are] more claims with no increase in staff, so it’s been a lot more difficult.”

No Republicans spoke at the AFGE rally. But some of the Democrats who did speak encouraged AFGE members to speak with all members of Congress to advocate for a pay raise and consistent retirement benefits.

“I want you to go back to your workplaces … and I want you to tell every one of the people that you work with and say, ‘Gee, I wish you were there with me. I wish you were wearing that scarf or that hat or holding that sign.’ We need to send a strong, loud and consistent message to all those folks in the Congress of the United States,” House Minority Whip Steny Hoyer (D-Md.) said at the rally on Feb 14. “And yes, we need some Republicans who are going to be with us. Frankly, we’ve lost some.”

Rep. Gerry Connolly (D-Va.) had a similar message. Connolly introduced the Federal Adjustment of Incomes Rates (FAIR) Act, which would give federal employees a 3 percent raise in 2019.

“Be of good cheer; your fight matters,” he said. “You have lots of advocates in Congress. We need more on the other side of the aisle. If they’re not going to listen to our plea for dignity and respect, we’ll vote them out.” 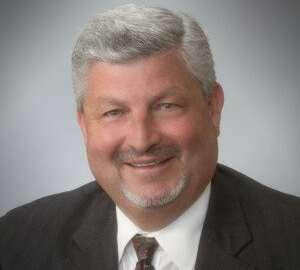