The American Federation of Government Employees (AFGE) has filed a grievance with the Veterans Affairs Department over its implementation of the president’s executive order on official time.

According to AFGE, VA’s implementation of this guidance has been “particularly chaotic” and inconsistent at medical centers and regional offices across the country.

The American Federation of Government Employees (AFGE) has filed a grievance with the Veterans Affairs Department over its implementation of the president’s executive order on official time.

According to AFGE, VA’s implementation of this guidance has been “particularly chaotic” and inconsistent at medical centers and regional offices across the country.

VA in mid-July issued specific guidance to its five national unions detailing how the agency planned to limit official time to no more than 25 percent of working hours for union representatives, as one of President Donald Trump’s May 25 executive orders describes.

“This is a transition period and clear instruction must be given to ensure they are operating in a duty status at least 75 percent of the time,” VA Labor Specialist Tamika Hinton wrote in the email.

Labor specialists should “discuss position and expected duties, supervisory chains and needed training,” she added. They should also “negotiate whether the official time will be used as a bank of time, as needed, or used by a union representative as a regularly scheduled use of time.”

But by AFGE’s account, VA’s negotiations and discussions with union representatives have been inconsistent.

“San Antonio VA is applying the official time limitation to a retired local president,” AFGE’s grievance continued. “The Board of Veterans Appeals eliminated official time for all employees representing the union above the local level, and the Denver VA [Regional Office] has applied the EO retroactively to limit the number of hours available to the local.”

In addition, AFGE has argued that its current collective bargaining agreement hasn’t expired and therefore isn’t subject to the provisions of the executive order. The union cites previous guidance from the Office of Personnel Management, which directed agencies with expired or rolled over collective bargaining agreements (CBAs) to begin making changes.

The union also claimed the department is violating the terms of the executive order itself, because the EO said, “nothing in this order shall abrogate any collective bargaining agreement in effect on the date of this order.”

By AFGE’s account, its collective bargaining agreement, which began in March 2011,  is still in effect. It remains in effect for three years and each additional year after unless either the union or the agency gives notice of its intention to renegotiate, which VA did in December 2017.

But according to AFGE, the parties extended the 2011 agreement in March 2018.

Lack of specifics on executive order means VA ‘getting creative’

In VA’s guidance, dated July 17, the agency also detailed 14 articles of its existing CBA with AFGE that it had identified as “inconsistent” with the terms of the executive order.

AFGE on July 31 submitted its own proposals in protest. In its grievance, the union asked that VA return to the “status quo ante,” or the previously existing state of affairs.

Unlike other agencies, such as the Social Security Administration and Housing and Urban Development Department, VA hasn’t issued specific guidance describing how it will implement the president’s EO on collective bargaining. It also hasn’t asked union representatives to vacate agency property,  the agency’s spokesman, Curt Cashour, said in an email to Federal News Radio earlier this month.

The department is “implementing the requirements of this executive order through the course of our regular collective bargaining agreement negotiations with labor unions,” Cashour added.

In the meantime, local VA representatives have said they’re getting creative in how they use newly allotted official time banks to handle representational work.

Union representatives have said they have too much representational work and not enough paid official time in the week to complete their activities. Many local VA unions have been meeting over the past several weeks to discuss how they’ll comply with the EO’s official time restrictions and still meet demands from VA bargaining unit employees.

AFGE Local 2157 in Portland, Oregon, for example, has been allotted 2,957 hours to use among the Portland Health Care System, Portland VA Regional Office and Williamette National Cemetery for the remainder of the year, said Dave Bump, a 2157 local vice president.

Each of the local’s four officers plan to use their compressed work schedules for four days a week, so they can spend the remaining fifth day on official time.

“That allows us to have one person in the office to handle any issues each day,” he said. “It is still less than ideal and will need to change if and when management decides not to allow us to keep our compressed schedules.”

Local AFGE officers at the VA regional office in Philadelphia have also been meeting in recent weeks to plan how they will use nights and weekends to finish representational work they can’t finish during the allotted official time.

They’re also preparing to receive more instructions on how they will be retrained on the courses they missed while working on 100 percent official time.

“There’s a lot of work and retraining that I’ll have to do to get back up to speed,” said Jim Rihel, a VBA rating specialist and local representative in Philadelphia.

AFGE’s grievance comes as it, along with about a dozen other federal unions, await a decision from a D.C. district judge on summary judgment in the unions’ lawsuit against the Trump administration over all three executive orders.

Aug. 24 is the expected deadline for a decision, according to the judge. 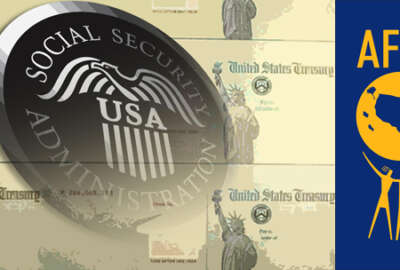