A federal district court judge on Wednesday afternoon heard oral arguments from the legal teams representing both the Trump administration and a coalition of federal employee unions in the labor organizations’ challenge of the president’s recent trio of executive orders.

The U.S. District Court for the District of Columbia is considering four separate motions for summary judgment in the case, AFGE, AFL-CIO v. Trump, et al.

More than a dozen federal unions, led by the American Federation of Government Employees (AFGE), National Treasury Employees Union (NTEU) and National Federation of Federal Employees (NFFE), had each sued the Trump administration in June over various aspects of the president’s executive orders on employee accountability, official time and collective bargaining.

In the hope of resolving their challenges quickly, the court consolidated the unions’ cases in mid-June.

D.C. District Judge Ketanji Jackson heard a series of arguments from AFGE, NTEU and NFFE lawyers on Wednesday afternoon, as their members and supporters rallied outside the courthouse in protest of the EOs.

Attorneys representing Trump and Office of Personnel Management Director Jeff Pon made the case that the unions’ challenges fall outside of the D.C. district court’s jurisdiction. They said employee unions should raise their objections to the EOs on a case-by-case basis with the Federal Labor Relations Authority. The unions’ challenge as a whole, the government attorneys said, may be better suited for the U.S. Court of Appeals.

Jackson spent a long time on this matter, as it is the defendants’ central argument. Union attorneys, however, claimed they can file their motion for summary judgment with the D.C. district court because they are challenging the legality of the president’s executive orders, not their implementation.

Jackson also considered this claim and questioned the union plaintiffs several times on this matter: Why not wait until individual agencies begin implementing the president’s EOs in earnest? Though some provisions in the orders explicitly make certain demands, others simply recommend or suggest that agencies begin making determinations about an employee’s performance, for example. Jackson suggested the court may not be able to determine whether the EOs were truly harmful, without real-world examples of their application within agencies.

The unions, however, argued the EOs broadly limit Congress’ intended scope of the collective bargaining process. Lawmakers, when they passed the Civil Service Reform Act and Federal Service Labor-Management Relations Statute in 1978, delegated collective bargaining to the statute, not to the whims of the president and the executive branch, the unions argued.

The defendants, however, argued that very statute authorizes the government — and the president — to issue governmentwide rules on these matters.

In addition, the unions broadly argued that the orders conflict with the Civil Service Reform Act and Federal Service Labor-Management Relations Statute, and the president lacks constitutional authority to issue these EOs.

A governmentwide rule can’t be used to legislative or override certain provisions written into existing law, the plaintiffs said.

Government attorneys again dismissed this claim, arguing the president has authority under both the Constitution and the labor-management statute to issue executive orders on collective bargaining matters.

Jackson pressed both the government and union lawyers for further explanation on their rationale and thinking as they cited previous cases and decisions from the Federal Labor Relations Authority and Court of Appeals, among others.

“I’m really glad that you all are here to help me sort through the thicket of complex legal [issues],” she said.

Jackson has told the unions that she’s planning to make a decision shortly, possibly within the next day or two.

Federal unions are hoping for a quick decision as well, as some agencies with open collective bargaining agreements have started to enforce specific pieces of the EOs. The Social Security Administration and Housing and Urban Development Department have given union representatives deadlines for leaving federal property. 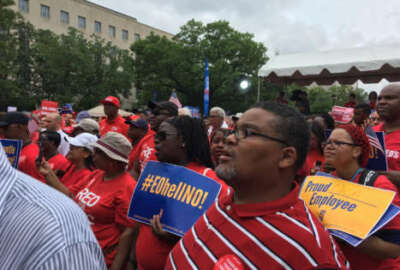 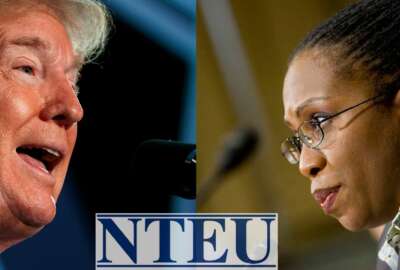