The Department of Veterans Affairs has offered up a series of new collective bargaining proposals that may have significant implications for employee telework, leave and performance — as well as the department’s daily interactions with its union.

VA’s bargaining proposals, which total 331 pages, represent the first stages of likely long and contentious negotiations between the department and the American Federation of Government Employees, which represents more than 220,000 employees at the department.

The Department of Veterans Affairs has offered up a series of new collective bargaining proposals that may have significant implications for employee telework, leave and performance — as well as the department’s daily interactions with its union.

VA’s bargaining proposals, which total 331 pages, represent the first stages of likely long and contentious negotiations between the department and the American Federation of Government Employees, which represents more than 220,000 employees at the department.

“It’s time for a reset in VA’s approach to labor-management relations,” Secretary Robert Wilkie said in a statement last week. “A reluctance to challenge the status quo produced the current agreement, which includes many benefits that favor the union rather than the veterans we are charged with serving.”

Many of the proposals have become familiar to some agencies within the last year, and a few essentially mirror some of the provisions in the President’s 2018 executive orders, which a federal district court invalidated last August. The Trump administration is currently appealing that decision.

The proposals would also eliminate 28 articles of AFGE’s existing collective bargaining agreement with VA, meaning the union can’t bargain over a wide variety of topics. Articles on telework, relocations, temporary reassignments, promotions and other issues have been mostly deleted and tweaked.

A provision that codified an employee’s rights under the Whistleblower Protection Act and specified VA’s role in training and notifying employees annually of these rights, for example, has been deleted.

Provisions in the existing contract that once specified VA would continue to provide and support various activities in order to meet ongoing child care needs have been deleted. Instead, VA’s new proposals state the department will continue “its efforts to secure adequate funding to support child care services for its employees.”

On telework, VA is also proposing a few changes to existing contract language.

The existing VA-AFGE agreement made no mention of an expectation that employees work at least four days in the office.

“What they’re doing is taking away all of the contract language that acted not only as a memorialization of those rights but [also] a guide book for rank and file employees and they’re taking that away,” said David Cann, director of field services and education for AFGE.

In addition, VA employees could no longer use the union grievance process to appeal disciplinary actions for performance, according to the department’s proposals. Any grievances at all must occur at the national level, not through an employee’s local union representative or leadership.

VA’s document also strikes language that previously gave employees a defined timeline with which to receive a proposed disciplinary action and appeal it. Defined timelines to improve employee performance are also gone from the proposed contract language, though employees previously told Federal News Network the department had eliminated 60 or 90-day performance improvement plans when it implemented the VA Accountability and Whistleblower Protection Act.

VA is also proposing additional cuts to official time. The department wants to allow no more than 10,000 hours per year of official time for the entire bargaining unit, which comprises some 250,000 members.

VA employees spent 1,048,569 hours on official time in fiscal 2016, which cost about $49 million, according to the most recently available data from the Office of Personnel Management. Wilkie said these proposals — and the official time cuts in particular — would bring “a vital influx of resources that would make an almost immediate difference for veterans and the employees who care for them.”

AFGE has already experienced some of these challenges. The department back in November eliminated official time for some 104,000 Title 38 employees, many of whom are physicians, dentists, nurses, physician assistants and others.

Instead, VA union representatives are spending nights and weekends to work on employee claims, Cann said.

In addition, the department has proposed additional restrictions on the union’s involvement with employee grievances and claims, as well as AFGE’s communication with VA.

Only the union’s council president or a designated contact can communicate with the department, according to the proposals. Bargaining at the local level is also prohibited, meaning all local representatives would have to take employee issues or grievances to the national level.

The new contract could continue for one-year-increments until either party chooses to reopen it, though VA’s new proposals would change those procedures. The department now suggested that a new contract remain in place for 10 years — rather than three years in accordance with the existing contract — after its effective date.

VA and AFGE signed their existing bargaining agreement back in 2011, and it’s been in effect since then. The department announced its initial intention to reopen negotiations more than a year ago.

Both parties in April settled on ground-rules for future negotiations after several months of disagreements. The Federal Service Impasses Panel weighed in during this process after VA initially said the two parties had reached a standstill.

But both parties have settled on 18 weeks of negotiations scheduled through the end of the year, Cann said. Negotiations will begin May 27.

“Our hope is that we’ll be able to talk about these proposals intelligently and that both parties will engage in good faith,” he said. “We’re a little pessimistic based on our past track record and based on what we’re seeing in these proposals.”

Other agencies and federal unions have also been locked in heated negotiations over the past year.

The impasses panel recently weighed in on a series of disputes between the Department of Health and Human Services and the National Treasury Employees Union. The panel largely rewrote more than a dozen collective bargaining proposals.

The agency implemented those proposals last week, according to NTEU. The union has filed its fifth grievance in this particular dispute.

Similar disagreements are ongoing at the Social Security Administration. 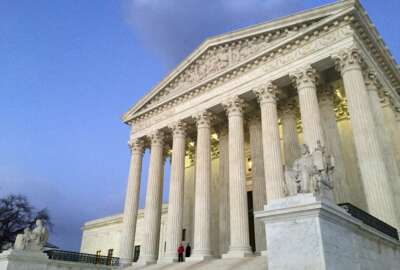 Why collective bargaining just got more complicated for some VA employees