This story was updated on Monday, Nov. 18 at 1 p.m. to include an additional statement from the Social Security Administration.

As the Social Security Administration prepares to end a six-year-long telework program for some 11,000 operations employees, another portion of the agency’s workforce just scored some better luck.

At least 2,100 employees at SSA’s Office of Hearings Operations — attorneys, decision writers and others represented by the National Treasury Employees Union — will keep their...

This story was updated on Monday, Nov. 18 at 1 p.m. to include an additional statement from the Social Security Administration.

As the Social Security Administration prepares to end a six-year-long telework program for some 11,000 operations employees, another portion of the agency’s workforce just scored some better luck.

At least 2,100 employees at SSA’s Office of Hearings Operations — attorneys, decision writers and others represented by the National Treasury Employees Union — will keep their existing telework program under a Nov. 14 decision from the Federal Service Impasses Panel (FSIP).

SSA and NTEU have been negotiating over a new collective bargaining agreement for the past year with help from the Federal Mediation and Conciliation Service. The two parties reached agreement on most contract articles before SSA declared an impasse.

A mediator helped the agency and union agree to most outstanding issues except for one: an article on telework.

Under the existing bargaining agreement, SSA attorneys and decision writers can telework three or four days a week, according to the panel’s decision.

“All indications are that the pilot was successful, or that having three-day and four-day telework has not been adverse to the agency accomplishing its mission,” the panel’s decision reads.

In bargaining negotiations, NTEU proposed keeping the telework program with a few small changes to account for weather and safety considerations.

The union cited a 2017 report from the SSA inspector general, which showed productivity improved, in some cases, for the agency’s teleworking employees. The IG report didn’t specify productivity for the NTEU bargaining unit itself. As the number of hearing office employees increased between 2015 and 2016, the office’s productivity fell.

SSA’s Office of Disability Adjudication and Review did note improved employee morale due to telework.

SSA, however, said it should have the ability to change the telework program as needed.

“The agency contended that telework, especially for case technicians who provide support services in the offices, has resulted in service disruptions (i.e., coverage issues) in the offices,” the panel’s decision reads. As for the majority of the employees (i.e., decision writers), the agency argued that the work is changing; it is expected that their work will be less portable. The agency would like the flexibility to assign other (perhaps not portable) work to the employees, as needed. While the current contract provides the agency the ability to make short-term suspensions and changes to the program, the agency seeks to make long-term and permanent changes, if and when they need to do so.”

“While the agency asserted that they ‘may’ need flexibility to redirect other work, the agency offered no specifics to do so, or any demonstration that the other work cannot also be done while teleworking,” Carter said in the decision. “Without any specifics, the union has not had the opportunity to bargain over any potential changes.”

The panel has directed the two parties to fold NTEU’s telework article, in full, into the negotiated bargaining agreement. The union said work on the contract is finished and the agreement will go to SSA Commissioner Andrew Saul for his review.

The recent decision from the panel gives SSA “sufficient controls to ensure that telework does not diminish employee performance,” Mark Hinkle, an agency spokesman, said in a statement to Federal News Network.

“Commissioner Saul’s top priority is to improve the many ways that Social Security serves the American public,” Hinkle said. “He respects the FSIP ruling, which finalizes negotiations with NTEU.  A finalized agreement empowers management and employees to focus their full efforts on improving the critical services we provide for the American public.  The agency will fully comply with the decision issued by FSIP and will continue to evaluate how telework impacts our public service priorities.”

“While the current FSIP has been especially hostile to unions these last two years, this decision upholds the basic standard that management cannot seek to change articles that are properly and legally negotiated in a collective bargaining agreement without specific evidence to support why it needs the changes,” NTEU National President Tony Reardon said in a statement to Federal News Network.

Still, the FSIP’s recent decision impacts only a small portion — about 4% — of the SSA workforce, Hinkle said.

The panel decision didn’t impact SSA’s previous decisions to end a telework “pilot” for some 11,000 employees at the agency’s operations office, he added. Their six-year-long telework “pilot” will end Nov. 22.

SSA’s decision to end the telework program for operations employees came one day after the expiration of the agency’s 2012 collective bargaining agreement with AFGE.

AFGE and SSA had reached an agreement in late September on a new six-year contract after more than a year of contentious negotiations, an impasse and involvement from the Federal Mediation and Conciliation Service and the Federal Service Impasses Panel.

Under the new AFGE agreement, which became effective Oct. 27, each SSA deputy commissioner can determine whether employees who currently telework should be allowed to continue.

SSA has said it needs its employees in customer-facing positions to be present at their desks to improve the agency’s customer service challenges. The telework pilot, SSA said, was implemented without the right controls or tools to measure its effectiveness.

In fact, the agency’s inspector general in the 2017 report suggested SSA establish a business plan to monitor employee productivity under the telework program.

“I support work-life balance for SSA employees consistent with meeting our first obligation: to serve the public,” Saul wrote in a Nov. 4 public message. “A time of workload crisis is not the time to experiment with working at home, especially for the more than 40,000 employees who staff our public facing offices.”

Is telework on the way out? 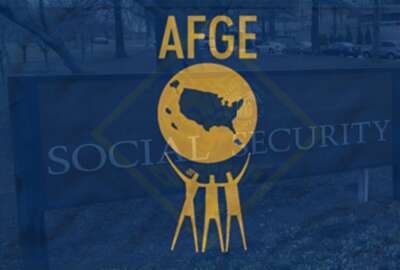