The Veterans Affairs employee union helps torpedo a plan to even think about rearranging VA facilities.

The American Federation of Government Employees, which represents a couple hundred thousand Veterans Affairs employees, is gleeful these days. It helped shoot down a plan for an independent review board to look at VA’s proposals for rearranging its nationwide map of facilities. For why they oppose the plan so much, Mary Jean Burke, the first executive vice...

The American Federation of Government Employees, which represents a couple hundred thousand Veterans Affairs employees, is gleeful these days. It helped shoot down a plan for an independent review board to look at VA’s proposals for rearranging its nationwide map of facilities. For why they oppose the plan so much, Mary Jean Burke, the first executive vice president of AFGE’s national VA Council, joined the Federal Drive with Tom Temin.

Tom Temin  And tell me why is AFGE so opposed to the idea of looking? I mean, given the changing demographics of where veterans are, shouldn’t they redo the map?

Mary Jean Burke  Well, a couple of things. I’m gonna get a little bit down in the weeds with you, Tom. I think you kind of covered this a little bit in your reporting, but the MISSION Act sent forth and said, “okay, we’re recommending closing 60 facilities,” without the subsequent appropriation necessarily of the over 100 million, I think, recommendations for the appropriations to go with it. And I think that a lot of the data, and GAO [did] some studies on this with kind of flawed data in those recommendations. And when we were briefed about these situations, we came away with that calling it the Closure Commission. More or less, I think when you’re talking about 60 medical centers and countless, I think it was like at least 40 or more, eliminating entire services such as impatient medical, mental health, surgical care, emergency rooms and other situation with flawed data, I think that should be a big concern for taxpayers, and everybody, just because study after study demonstrates that we do kind of a better job and the trust scores internally with veterans coming to these facilities is higher. They prefer it. So I think that’s the first thing going forward that I would like to say.

Tom Temin  Well, the review board — the nine person board that was to be appointed by the administration and then confirmed by the Senate — were you not confident that they would discover the same flaws if there had been GAO reports and different studies? Why not have the review board?

Mary Jean Burke  I don’t think we were necessarily confident of that. Even within some of our internal discussions, when we were saying, “hey, is this based on some make or buy decisions? Is it based on demographics?” You could get some traction on some of the demographics, but more or less, it was just kind of chasing a cloud, I thought. I wasn’t exactly convinced that was a good idea in many of these facilities and I wasn’t convinced necessarily, as well as some of the bipartisan Senate committee led by Tester, thought might not have come to the same conclusion as well.

Tom Temin  Well, let me ask you this. Fundamentally, does AFGE, do the employees feel that something should change at VA, because of the fact that more and more veterans are moving to different regions of the country than have some of the large hospitals now? Some of the large medical centers are functionally obsolete buildings. So should there be some effort at all to take a look at the map of facilities and do some rearranging?

Mary Jean Burke  That’s a great question. I think what [Secretary of Veterans Affairs Denis] McDonough plans to do is a every four year review. They currently have the ability to do care in the community, so if that is one thing. I think sometimes what’s getting lost in some of these things is are you on historic grounds? There are laws covering those situations. We have what we call internally, the Strategic Capital Investment Planning (SCIP) program. They’ve defunded considerably a lot of a capital infrastructure way back in 2019, intentionally. I think having higher discussions, specifically looking at the legal compliance of the MISSION Act regarding staffing, I think is really important. If the VA facilities know how much mental health you have, how much orthopedic surgery you need, how many community living centers (CLC) units you have — or will need based on the demographics you have — that seems to me a much more logical way to approach things. Instead, what we’re kind of seeing across the country is the closure and kind of gimmicking of inpatient beds, occupancy rates and so forth. So that’s one of the comments I would like to make regarding the [Millennium Health Care and Benefits] Act. So the two things I kind of think of the way I would like to talk about the ERA act is first through the lens of the Mill Act and second through the staffing requirements of the MISSION Act. And if those two things are flawed, then you’re going to have flawed data coming out for the ERAs Act.

Tom Temin  We’re speaking with MJ Burke. She’s first executive vice president of AFGE’s national VA council. So you would start over basically then with a review of facilities with better data and maybe more collaboration with the people affected, such as your members?

Mary Jean Burke  Absolutely. Yes. The answer to that is yes. Because what we’re interested is not causing harm to high quality comprehensive — and the word should be underscored comprehensive — health care system for care that the veterans prefer. And that’s the way I would approach it, necessarily. And I don’t think that’s what we were seeing. I don’t think that’s what the senators felt they were seeing as well.

Tom Temin  And you are still in negotiations, right, nationally with Veterans Affairs? Is that part of the negotiations? Or are they separate issues?

Mary Jean Burke  No, it is not. It’s totally separate.

Tom Temin  While we have you what is the state of negotiations? Because that seems to have been going on for quite some years now.

Mary Jean Burke  For a long time Tom. You’re on top of it, right? Well, we are in a series of every two weeks on, two weeks off negotiating portions of the master agreement. It’s a frustrating process. I will say that. I know you’ve covered the steps of labor relations in VA and the status of the bureaucracy, and it just feels like to some degree, it’s continuing. I think when you’re dealing with the operational people, it gets easier when both parties say, “Hey, we are identifying problems that we want to solve.” And it seems like sometimes VA, from my perspective, doesn’t want to establish and admit to the problems that the agency has. I think things would go smoother with labor relations, if they own that. Then we could come up with a plan on how to mitigate those problems, significantly, through a contract. So that’s where an overarching situation, I can talk about. You know, award retention isn’t where it should be of a government, particularly our critical care infrastructure. We’re working on that. There’s been some resistance in that area. So yeah, it’s a continuing frustration that I wish would improve and I’m not exactly sure we’re seeing improvement in those areas.

Tom Temin  It’s interesting, because while this is going on, it sounds like though, labor relations day to day aren’t so terrible, since VA did pretty well in the Best Places to Work in the Federal Government rankings that came out a couple of weeks ago.

Mary Jean Burke  Right. So I saw that and I think if you — this is how I phrase it. The work itself when you’re working for the agency isn’t so bad, like the mission. When you work with a patient, that’s the best part of your day. They are the greatest, they don’t complain, they’re just wonderful. And around those scores all the time constantly, a constant thread is our devotion to the mission of what we do. I mean, people can talk about NASA putting people on Mars, the Goddard Space Mission, blah, blah, blah, blah. I actually think the VA is really one of the best agencies to work for in regards to our mission and how we take care of our people that raised their hand. So from that, I think I understand why people think it’s the best place to work, for sure. The problem I think we’re struggling with is when this human resource centralization in particular, which has been covered as well in different government, is a struggle for all employees. If something goes wrong, getting an answer quickly to fix your master employment record, to fix potentially something that was offered, just what are the rules regarding simple things, vacation, unscheduled leave, schedule leave. We need to do better and there is no doubt and we need to be a little bit more transparent. I think that’s looking forward is the situation where I have pause with the agency specifically identifying and kind of working towards those problems, Tom.

Tom Temin  Well, let’s hope it’s resolved before the end of this administration since that’ll make a third president that you’ve been negotiating.

Mary Jean Burke  At least getting better is the goal.

Tom Temin  All right. MJ Burke is first executive vice president of AFGE’s national VA Council. Thanks so much for joining me,

Mary Jean Burke  Tom, thanks for having me. 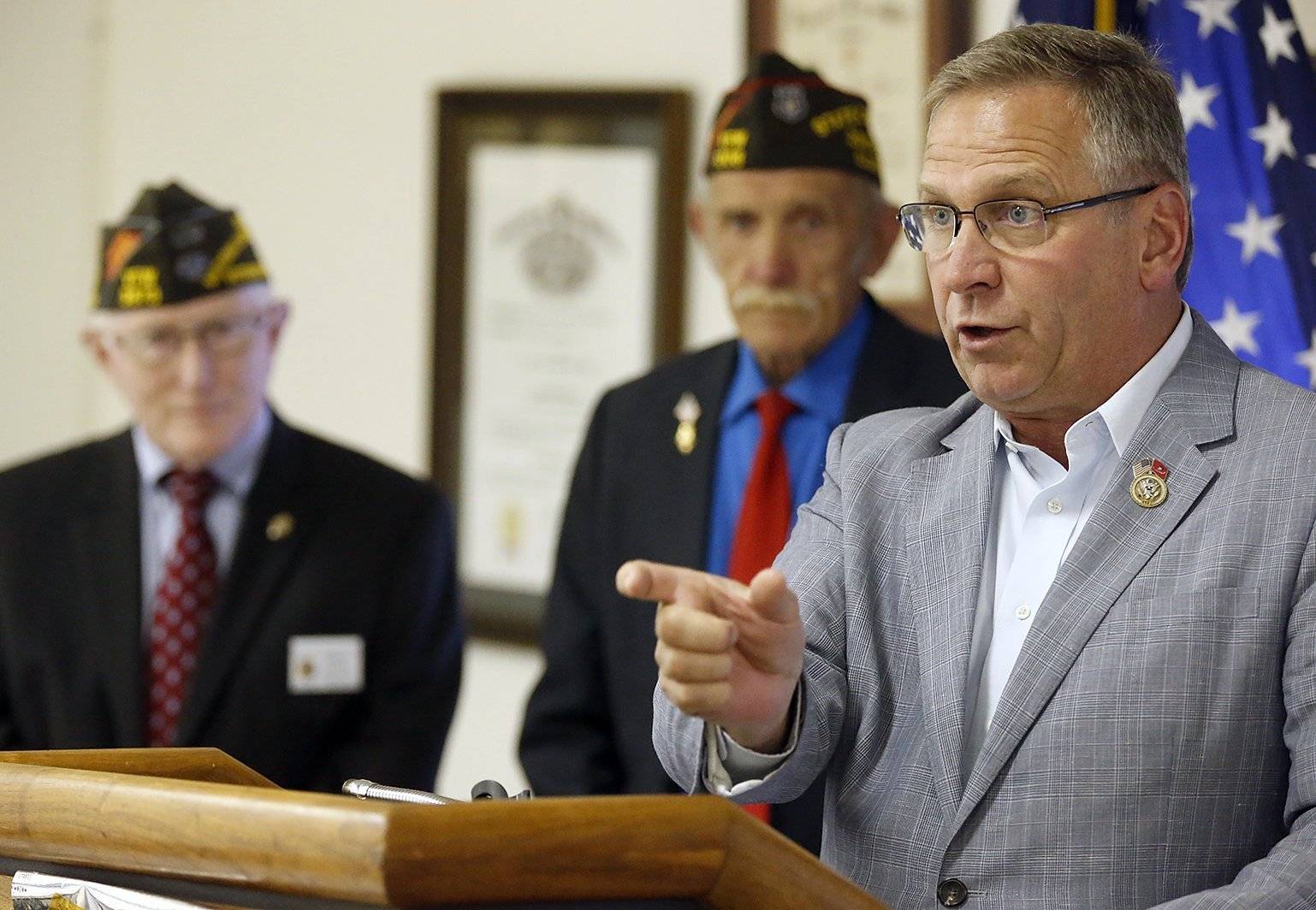 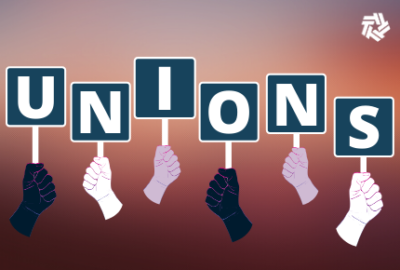 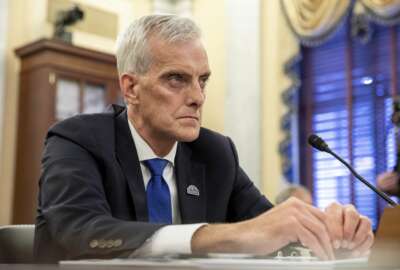