The White House’s new plan to reorganize and restructure the federal government and workforce has most employees feeling worried about their future and skeptical of the Office of Management and Budget’s ability to create real change.

Federal employees offered largely mixed opinions of OMB’s new plan, according to a Federal News Radio survey of nearly 750 respondents.  Still, a third of federal employees said they supported the concept of restructuring, even if they don’t agree...

The White House’s new plan to reorganize and restructure the federal government and workforce has most employees feeling worried about their future and skeptical of the Office of Management and Budget’s ability to create real change.

Federal employees offered largely mixed opinions of OMB’s new plan, according to a Federal News Radio survey of nearly 750 respondents.  Still, a third of federal employees said they supported the concept of restructuring, even if they don’t agree with OMB’s specific approach.

Specifically, just more than 17 percent of federal employees said they support both reorganization in general and OMB’s plan to do so.

“This is long overdue,” one respondent said. “We have 60 employees and could get our work done with 30 to 35 with no problem.”

“I wholeheartedly agree that there are ways to downsize and improve efficiency, partly through smart organization, but I have my concerns as to whether or not the intent will win out over the bureaucratic inertia of ‘old ways,'” another survey respondent wrote. “I also worry what it will all mean for my career prospects in the long run.”

More respondents — nearly 26 percent — said it’s too early to predict how the reorganization might impact them, while another 16 percent said OMB’s restructuring plan is reflective of previous attempts to reorganize. Many federal employees said their agency had already gone through some sort of reorganization before with mixed results.

“My agency has done internal restructuring/reorganizations and failed miserably, so I have little hope that they could do any better implementing this restructuring,” one respondent wrote. “Too many mid-upper management and layers of management were created. Non-management input and concerns were ignored for expediency in just making the reorgs happen.”

Most federal employees — nearly 58 percent — said they’d consider moving to another federal agency if their office were downsized or dramatically structured, while about 17 percent said they’d leave government.

About 16 percent said they weren’t sure what move they’d make, but a slim margin of federal employees — about 10 percent — said they wouldn’t consider moving to another agency or leaving altogether.

Sally Jaggar, a senior adviser for the National Academy of Public Administration and a former executive at the Government Accountability Office, said OMB’s plan overlooks the opportunity to tap federal workers for their own ideas and misses the chance to motivate and inspire the workforce to bring about positive change.

“What I don’t see here is the positive enthusiasm that could unleash a lot of talent and experience and overwhelming commitment that people who work for the federal government really have,” she said.

Having that kind of positive energy is particularly important now, she said, amid talks of significant budget cuts and the end of a temporary hiring freeze.

Most respondents offered few positive views on the temporary hiring freeze, which prevented most agencies from making new hires between Jan. 23 and Apr. 12. Many called it “unproductive” and a “waste of time,” and 41 percent said their workloads increased during the freeze.

Yet many federal employees said their agencies were already operating under a “do more with less” environment before Trump authorized a temporary hiring freeze in January.

“My work group was already operating in deficit mode when the freeze was enacted and new budget cuts [are] emerging,” one respondent said. “I was RIFed in February. Others are in line and panicking.”

Yet about 60 percent of respondents said the freeze left some or many positions unfilled. Many more said the roll-out and poor guidance on the hiring freeze sparked unnecessary confusion.

“We were short-handed and trying to hire before the freeze, and the freeze has impeded that,” another respondent said. “We were also reorganizing in certain areas, [which necessitated reassigning (not promoting) individuals, but this had to pause. For me personally, I was offered and had formally accepted a promotion with another agency, but that was halted because the two agencies had not settled on a transition date before the freeze. I’ve heard nothing from my gaining agency in more than two months, so I honestly don’t know if I still have a new job or not.”

Similarly, most federal employees — or 41 percent of respondents — said morale in their office has significantly lowered since the beginning of the new administration. One person said morale is at the lowest point he or she has seen in 30 years.

About 25 percent morale has lowered slightly, while 18 percent said it’s stayed the same.

About 7 percent said morale has risen significantly or somewhat improved since the start of the Trump administration. One respondent said his colleagues were energized by the new administration.

Yet many more said years of budget and staffing cuts, furloughs and no or small pay raises had already put employee morale at a low point. One respondent said waiting for political appointees to come on board, which federal employees would experience during any presidential transition, is “putting people on edge.”

“Morale is at an all-time low, but it started long before President Trump,” another respondent said.

The majority said they’ve received little to no information from their agencies since the President signed an executive order in March asking them to prepare for a government reorganization.

Nearly 47 percent of federal employees said they received no information at all from agency management, while 33 percent said they’ve received little. 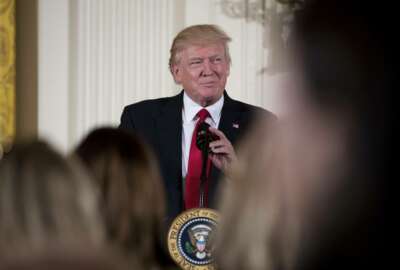 The hiring freeze is over. Now what? 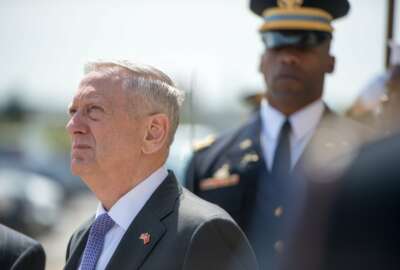