Public officials with ‘no idea what it means to serve’ main culprit behind low DHS morale, Kelly says

In his first public speech since his confirmation as secretary, Gen. John Kelly came down hard on critics and naysayers of the Homeland Security Department workforce.

“For too long the men and women of my department have been political pawns,” Kelly said during an April 18 speech at George Washington University. “They’ve been asked to do more with less and less and less. In many ways similar to the treatment suffered by law enforcement over the past...

In his first public speech since his confirmation as secretary, Gen. John Kelly came down hard on critics and naysayers of the Homeland Security Department workforce.

“For too long the men and women of my department have been political pawns,” Kelly said during an April 18 speech at George Washington University. “They’ve been asked to do more with less and less and less. In many ways similar to the treatment suffered by law enforcement over the past few years, they are often ridiculed and insulted by public officials and frequently convicted in the court of public opinion on unfounded allegations testified to by street lawyers and street spokespersons. If lawmakers do not like the laws that we enforce, that we are charged to enforce, that we are sworn to enforce, then they should have the courage and the skill to change those laws. Otherwise, they should shut up and support the men and women on the front lines.”

Kelly’s comments were met with laughter from the audience, but they give a preview of the leadership strategy his employees can expect.

“The best way to improve morale is to let employees do the jobs they were hired and trained to do and recognize them for doing those jobs,” Kelly said.

DHS has occupied the bottom spot on the Best Places to Work rankings for several years. Though the department improved its overall employee engagement score from a six-year low of 53 percent in 2015 to 56 percent in 2016, it still sits last among large agencies.

The low morale has been a product of “pointless bureaucracy” and “disrespect from public officials who have no idea what it means to serve,” Kelly said.

“When you discourage, when you disable, when you unjustly criticize and default to believing the initial reports as opposed to believing the stories told by my professionals, when you do all of those things and show disrespect to the individual who’s risking his or her life to defend the country … what do you expect? All of this stopped on Jan. 20,” Kelly said. “It stopped with President Trump and it stopped with me.”

Kelly said his 45 years of experience in the Marine Corps shapes his leadership style, and he’s communicated his approach to the DHS workforce.

“Ninety days ago, I made a deal with the people in this department, that I would protect them and I will encourage them to do their jobs, which they’re doing each and every day,” he said. “I suspect, not because of me but because of the people they are, that their morale is already going in the right direction.”

He expressed a similar sentiment earlier this month before the Senate Homeland Security and Governmental Affairs Committee. The department will also conduct a top-to-bottom review of its organization and leadership.

Kelly said his newly confirmed deputy secretary, Elaine Duke, will look at the “maze” of different pay scales, acquisition systems and programs within the department in search of new ways DHS can become more efficient and comply with the Office of Management and Budget’s recent charge to develop agency reform plans.

“We’re going to look at what [former Secretary] Jeh [Johnson] started and what I’ll certainly continue on steroids, and that is the Unity of Effort within the department to streamline it, to see where we’re duplicating efforts,” he said.

Johnson, along with his predecessors, have in the past introduced new concepts or campaigns to more closely align DHS’ 22 components. With Johnson’s “Unity of Effort” initiative, the department set up the Joint Requirements Council and began to chip away at its complicated procurement and budgeting processes.

Some components within DHS may see a budget boost for the remaining five months of the fiscal year, if the White House gets its way. President Donald Trump requested an additional $3 billion in funding for DHS, which would begin to pay for the President’s executive orders on border security and immigration enforcement.

Some members of Congress fear the White House will propose significant cuts to other DHS components, such as the Transportation Security Administration and Coast Guard, to pay for immigration enforcement priorities.

But Kelly said he hopes Congress will begin to view the budget not in terms of defense and non-defense spending, but rather as security and non-security resources. The Coast Guard, he said, plays a significant role in the nation’s security posture.

“To not look at them as part of the security equation makes no sense,” Kelly said. “We should look at it in terms of security, not defense.” 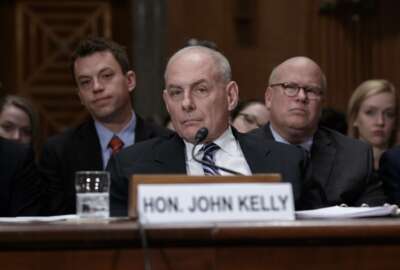 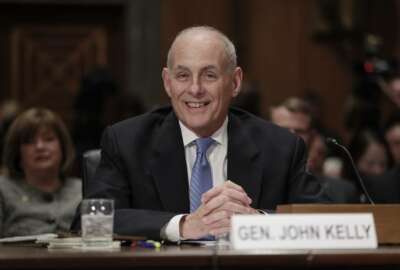