In the lead-up to a three-month closure of six stations along the Washington, D.C., Metrorail system this summer, agencies across the federal government have offered a wide variety of messages to their employees about how to handle potential commuting challenges.

The Office of Personnel Management last Monday urged agencies to allow their employees to use telework, alternative work schedules and other flexibilities throughout the course of the summer Metro closures, which are scheduled to run from...

In the lead-up to a three-month closure of six stations along the Washington, D.C., Metrorail system this summer, agencies across the federal government have offered a wide variety of messages to their employees about how to handle potential commuting challenges.

The Office of Personnel Management last Monday urged agencies to allow their employees to use telework, alternative work schedules and other flexibilities throughout the course of the summer Metro closures, which are scheduled to run from May 25 through Sept. 8.

“Individual agencies are best positioned to determine the impact that the project will have on their workforce and to provide guidance to their employees on potential workplace flexibilities that may be available,” acting OPM Director Margaret Weichert wrote in a May 20 memo. “Workplace flexibilities made available during the project will assist agencies in retaining their workforce during this time period and will provide stewardship of taxpayer dollars by maintaining continuity of operations.”

Yet one day after Metro’s platform improvement project kicked off this month, at least one agency implemented a new limit on telework for some of its employees.

The Department of Health and Human Services’ Office of the Assistant Secretary for Health (OASH) “notified the National Treasury Employees Union that effective in the pay period beginning May 26, employees would be limited to one day of telework per week, regardless of their previous telework agreements,” national President Tony Reardon said in a statement to Federal News Network. “OASH cites the the Federal Service Impasses Panel decision as the basis for its new policy requiring employees to work in the office at least four days a week.”

OASH has about 110 bargaining unit employees.

HHS first announced its intention to limit telework to one day a week for employees in OASH in October, according to guidance from David Mansdoerfer, deputy assistant secretary for management and operations.

NTEU, however, said it wasn’t notified until May of this year of OASH’s plans to implement the new telework policy starting May 26.

HHS didn’t respond to requests for confirmation or clarification about its telework policy for OASH employees.

The changes in telework policy come after the Federal Service Impasses Panel (FSIP)  ruled on 22 proposals from both the agency and the union this spring. The panel’s decision rewrote much of the existing HHS-NTEU collective bargaining agreement, including an article on HHS’ employee telework policy.

Specifically, the FSIP said HHS could set an “expectation” that employees report to their official worksite for a minimum of four days a week. The panel said it viewed HHS’ proposal as one that simply set the expectation that employees should telework no more than one day a week — but it wasn’t a requirement.

“The decision by OASH leaders to pursue the most limited telework policy possible is both illegal and unfortunate, especially for a workforce that has demonstrated that telework is an effective tool to improve productivity and recruit and retain skilled employees,” Reardon said. 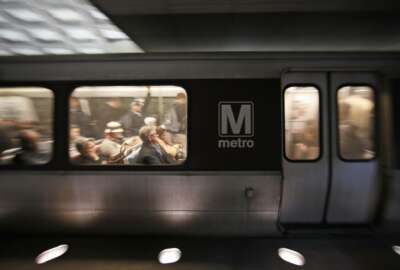 What are your summer teleworking odds?

OASH’s telework limitation is also “problematic” because the union and department haven’t agreed to terms for all bargaining articles, the union said. From NTEU’s perspective, the two parties have unfinished business with their collective bargaining agreement.

HHS, however, has previously told Federal News Network it would begin implementation of its new contract with NTEU.

Reardon last week sent letters to leadership at HHS, IRS, the Environmental Protection Agency, Customs and Border Protection and the Bureau of Fiscal Service to encourage them to explore more flexibilities for employees during the summer Metro closures.

HHS hasn’t yet contacted NTEU about plans to allow additional flexibilities during the summer Metro closures, the union said. The department didn’t immediately respond to a request for more details about its plans to handle potential commuting challenges for its employees this summer.

According to recent guidance from the Agriculture Department, which Federal News Network obtained, USDA’s telework policy remains in place throughout the course of the summer. The department began limiting telework to one day a week for employees last year, a move that didn’t sit well with many employees.

USDA is, however, “strongly encouraging” subcomponents to approve employee leave requests throughout the summer.

“USDA recognizes that these closures can impact individual employee commutes,” the guidance reads. “Therefore, agencies are strongly encouraged to work with their employees on identifying alternative work schedule options that will meet the mission and the employee’s needs.”

In addition, the department wants individual agencies to collect information about the number of employees who are impacted by summer Metro closures so USDA can “evaluate ongoing needs for flexibility.”

Meanwhile, federal employee unions are trying to work with other agencies to secure flexibilities during the summer Metro closures.

The American Federation of Government Employees last Friday filed a demand to bargain with the Education Department over this particular topic.

Because both parties never agreed for a formal, signed collective bargaining agreement, AFGE can’t compel the department to work with the union to secure additional telework or flexible work schedules, an AFGE spokesman said.

Education last spring announced it would end bargaining negotiations with AFGE and instead said it would implement a series of new terms that described how the department would interact with the union and its bargaining unit employees. The document eliminated a wide variety of previously-agreed-to articles on telework and employee training, to name a few.

Education limited telework to one day a week for employees starting last October.

At the time of publication, AFGE said it hadn’t yet heard whether Education would agree to bargain with the union over additional workplace flexibilities.

Unions have fared better with other agencies.

Reardon said NTEU and the U.S. Patent and Trademark Office have reached an agreement that would temporarily expand telework for employees impacted by the Metro disruptions.

NTEU said it was also encouraged by steps the Nuclear Regulatory Commission said it would take to work with employees ahead of the summer Metro closures.

An internal employee announcement from NRC leadership on May 23 encouraged employees to not only plan for extra commuting time to and from work but also consider the agency’s flexible scheduling tools and request telework or additional project-based telework, David Castelveter, an NRC spokesman said.

“We also encourage supervisors to closely consider, in their review of employee requests … ways to improve the employee’s commuting challenges, as long as the employee can effectively accomplish his or her work,” he said in an email to Federal News Network.