After watching an insurrection at the Capitol Building on Jan. 6, in which a violent crowd of President Donald Trump’s supporters broke through law enforcement barriers to interrupt the Electoral College vote count, the public witnessed the limits of federal security measures.

Those watching included federal employees, both inside and outside the Washington, D.C. metro area, who are currently teleworking due to the pandemic, and who work in perhaps easily identifiable buildings. Federal News Network...

After watching an insurrection at the Capitol Building on Jan. 6, in which a violent crowd of President Donald Trump’s supporters broke through law enforcement barriers to interrupt the Electoral College vote count, the public witnessed the limits of federal security measures.

Those watching included federal employees, both inside and outside the Washington, D.C. metro area, who are currently teleworking due to the pandemic, and who work in perhaps easily identifiable buildings. Federal News Network conducted an anonymous, online reader survey to gauge feds’ reactions to the Jan. 6 events and what they think could happen next.

Common reasons some felt less than secure returning to their worksite included misgivings about building security, uncertainty about the political climate and overall mood of the country, and COVID-19. Governmentwide, large-scale telework and pandemic safety measures are still common.

One contractor in the D.C. area said the lackluster Wi-Fi in their new building would make it difficult to contact security in an emergency. An employee, also in the capital region, said that their worksite has a physical perimeter as well as security personnel and strict screening, “but if there were mobs on the street, that would be a different story.” Some also described working in mixed-use buildings or nondescript locations, which either have minimal or unarmed security as a result, or which are likely unknown to groups wishing to commit harm.

One IRS worker whose office is within blocks of the Capitol said their building has long been a potential target, and now they felt unsafe about riding the D.C. Metro transit system. Several respondents also said they are now more suspicious of individuals hanging around their buildings than before Jan. 6.

“Yes [I feel safe] but I would be very cautious and pay close attention to anything out of the ordinary. Situational awareness is more critical now than at any time in my 25-year career as a federal employee,” said an employee outside the D.C. area.

‘Something must be done’

Aside from actions taken by rioters on Jan. 6, the subsequent response is expected to affect the federal workforce, according to 71.4% of survey respondents.

“There is a strong belief that the Capitol Police were intentionally left unprepared to quell the insurrection and the violent, armed rioters. If that is the case, what precautions will be put in place to protect federal employees at satellite Social Security Administration offices, let alone large federal buildings?” said one federal employee who works outside the National Capital Region, and who said they would feel safe returning to their worksite if it were open as normal.

Several respondents said it warranted a re-evaluation of security at federal offices, and that the idea that regular, private civil servants could be targets for political violence was troubling.

When asked if the Biden administration will need to restore trust in the federal government, either among the public or among the federal workforce, an overwhelming 86.47% said yes while only 7.61% said no and 5.92% were unsure. To achieve this, the most popular solutions chosen by respondents were Biden’s choice of political appointees, a federal investigation into the events on Jan. 6, and a direct address — about agency missions — to the federal workforce, Senior Executive Service or federal managers.

“The civilian workforce has been treated like the bottom feeders even though we are the [ones] who
make this country operate. It’s about time the pendulum swings the other way for a change,” said one federal employee from outside Washington, D.C.

However, many were skeptical it could be done, and said federal workers have faced dwindling trust and decreased morale for years. Several respondents said federal work is now tainted by political influence.

“I’m not sure what they can do, but something must be done,” one teleworking employee said.

Yet 144 respondents said they did not think the new administration would need to restore trust because of the riots, or were unsure. Some of the reasoning was the unusual nature of the Jan. 6 events, and an expectation that after the storm passes federal business will resume as normal. Others said the riots were unrelated to the federal workforce, as well as doubts that any one president could change public trust in government.

“The American public know that the events at the [Capitol] were the result of political pandering and misbehavior by both Democrats and Republicans,” said one D.C. area federal employee. 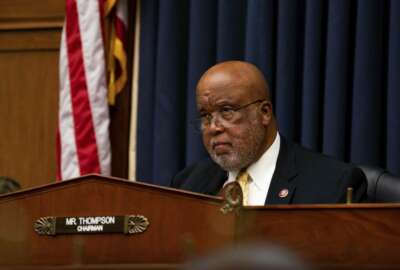 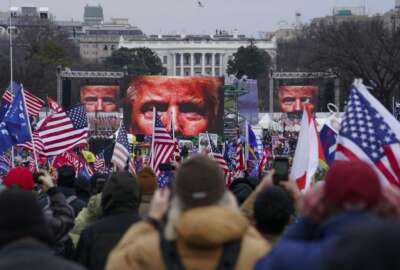