In a year where a global pandemic completely upended operations for most agencies, the federal government saw employee engagement rise by nearly 4% in 2020 over the previous year.

The overall, governmentwide employee engagement score improved to 72% in 2020, according to the latest results of the Federal Employee Viewpoint Survey, which the Office of Personnel Management released Monday.

The 2020 FEVS shows improvements across all three conditions that OPM uses as a measure of...

In a year where a global pandemic completely upended operations for most agencies, the federal government saw employee engagement rise by nearly 4% in 2020 over the previous year.

The overall, governmentwide employee engagement score improved to 72% in 2020, according to the latest results of the Federal Employee Viewpoint Survey, which the Office of Personnel Management released Monday.

The 2020 FEVS shows improvements across all three conditions that OPM uses as a measure of employee engagement. The surveys are designed to take the pulse of the organizational climate within individual agencies, and they measure employee satisfaction with policies, programs and agency leadership. They’re not intended to measure morale or employee mental health , OPM said.

On one hand, the latest results were surprising, to the point where Kim Wells, OPM’s manager of survey analysis, said she asked her staff to run the data again.

But in spite of the challenges associated with the last year, OPM said the results show a resilience among federal employees, many of whom have a special connection to their mission. In many ways, those missions were front and center during the pandemic.

“Even apart from the Trump administration or any other administration, just this notion that we’re in a pandemic and to see this scores come up, it was quite surprising,” Wells told reporters Monday. “To be really clear, none of our items measure whether an employee feels that an administration liked them or not.”

About 75% of federal employees, for example, said their work gives them a sense of personal accomplishment, up 3% from the previous year.

“One of the things that the federal workforce wants to do is to make sure that we’re contributing in a meaningful way to society,” Wells told reporters Monday. “That’s one of the things that draws people to work in public service. I do think we do see some results within the survey that support that perspective.”

Roughly 66% of the workforce said their talents are used well in the workplace, up 5% from 2019.

And 84% of employees said the people they work with cooperate to get the job done, up 7% from the previous year.

“In a very holistic perspective, a very general perspective, we are really seeing that employees understandably get a sense of self satisfaction with a job done in this very interesting and challenging time,” Wells said.

The overwhelming shift to telework may also play a role, OPM said.

The agency added several new questions to the 2020 FEVS, which were designed to learn how agencies and their employees responded to changes and delivered services during the pandemic.

According to the survey, 59% of federal employees teleworked every day during the height of the pandemic, and 47% teleworked daily at the time the survey closed last fall.

Just 3% of the federal workforce teleworked daily before the pandemic, according to OPM.

“It’s really hard to overstate what a sweeping change this is,” Wells said. “Generally you don’t see such profound change conducted all at once.”

Engagement was lower — nearly 63% — for employees who can’t telework.

“[Do] we think that telework has something to do with some of the increases in scores that we’re seeing? Yes, absolutely,” Wells said.

Agencies may use this feedback as they redesign their telework and remote work policies, and OPM itself is drafting new guidance that may inform those strategies.

And while employees maintained a relatively positive impression of their agencies, leaders and supervisors last year, data shows the pandemic often made work difficult.

About 23% of employees said COVID-19 was either extremely or very disruptive to their work, and 48% reported their work demands greatly or somewhat increased because of the pandemic.

During the pandemic, 86% of employees said their work unit can meet the needs of their customers, an 8% dip compared to the pre-pandemic era, when 94% said their organizations could meet customer needs.

In addition, federal employees also had a more favorable view of their leaders and supervisors — and their ability to communicate, motivate and support the workforce — in 2020.

Leaders improved their scores by 5% in 2020 over the previous year, while supervisors saw a 4% increase from 2019.

Wells said the increase could be due, in part, to the flexibilities supervisors deployed to help their employees balance work and child and elder care responsibilities at home.

“I think a lot of supervisors and leaders were seen by their employees as being willing and very creative in their response to helping employees meet all of their needs,” she said.

Overall, 71% of federal employees would recommend their agencies as a good place to work, a 4% increase from 2019.

Notably, federal employees appear to have a more favorable impression of their agencies’ ability to recognize poor or quality performance.

About 51% of federal employees said their agencies recognize differences in performance in their work units in a meaningful way, compared to 39% in 2019. Roughly 59% of federal employees are satisfied with the recognition they receive for doing a good job, an improvement of six points from the previous year.

The Trump administration often used those questions to demonstrate a need for performance management changes.

OPM warned, however, of using the data to make too many direct comparisons between the 2020 and previous years’ results.

The agency typically administers the FEVS in the spring, but OPM delayed the survey twice last year due the pandemic. It collected responses from employees between September and November, often when performance appraisals are ongoing, Wells said.

“I don’t have any evidence, nothing that we’ve done in terms of analysis that will point to why we’re seeing this big increase in a score,” she said. “Certainly it’s an interesting score increase. Other than changes to the instrument and the timing these are the only things I can think of. Maybe some people are actually able to manage performance in a remote work environment.”

This was the third year OPM administered the FEVS as a census rather than a sample, meaning all eligible employees had an opportunity to take it.

Slightly more than 44% of the federal workforce responded to the 2020 FEVS, up slightly from the previous governmentwide response rate of 43% in 2019.

When it comes to employee engagement, several familiar faces are once again at the top of the pack. The Department of Health and Human Services ranks at the top among very large agencies with an engagement score of 76%, two points above its 2019 total.

NASA, again, sits at the top among large agencies with an engagement score of 87%, three points better than 2019.

A few big cabinet agencies made noticeable gains in 2020. Engagement improved by six points at the Treasury Department in 2020, while the Transportation Department boosted its score by seven points.

Engagement scores went up nine points at the National Archives and Records Administration in 2020, while the Export-Import Bank and Institute of Museum and Library Services saw double-digit increases. 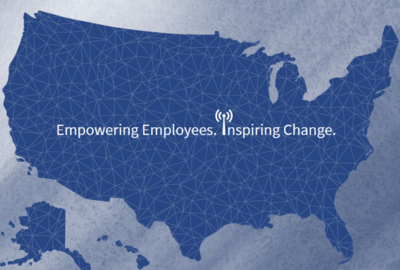 After pandemic delay, the FEVS are on their way back 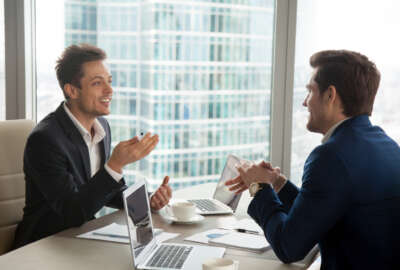 5 things we learned from the 2019 Federal Employee Viewpoint Survey