There are approximately 770,000 federal employees in states that...

There are approximately 770,000 federal employees in states that already have abortion bans or are expected to move quickly to enact abortion bans following the decision, according to estimates from the Department of Justice Gender Equality Network (DOJ GEN).

The Office of Personnel Management issued a June 27 fact sheet reminding federal employees that they can use sick leave to get medical care, including time spent traveling to obtain that care.

“This may include, for example, providing transportation and/or accompanying a family member to a health care provider’s office or to a hospital or other health care facility,” OPM stated.

But some groups, like the American Federation of Government Employees (AFGE), are calling on the federal government to go beyond sick leave to provide paid administrative leave to cover health care services.

“The federal government, as a model employer, must immediately agree to provide paid leave and cover the travel costs of any federal or D.C. government employee who must leave their state of residence in order to obtain an abortion,” AFGE National President Everett Kelley said in a June 25 statement.

Relying on the existing sick leave policy will “disproportionately harm women and other employees who need to travel for abortion care,” Stacey Young, the president of DOJ GEN, told Federal News Network.

The group describes itself as an “employee-run organization” with 1,150 members that has advocated for gender equity and equality at the Justice Department since 2016.

“You shouldn’t have to use more sick leave now that states are banning abortion,” Young said. “The federal government can mitigate the harm by allowing employees to use administrative leave for travel, which will not require employees to dig into their limited sick or annual leave more than they already need to. The government can also pay for public servants’ travel, in same way that private employers across the country are already doing.”

Young also pointed to how agencies provided employees with additional paid time off so they could get vaccinated against COVID-19.

“We think that the administration would need to figure out how employees could request administrative leave without having to disclose their need to an immediate supervisor or someone else in their office,” Young added. “Privacy measures are paramount when it comes to reproductive health care.”

The White House did not respond to a request for comment on whether it was planning to provide federal employees with additional paid leave and covered travel expenses.

But that’s something House Democrats are trying to change. The House Appropriations Committee’s fiscal 2023 financial services and general government bill includes a provision that would remove the FEHB ban on abortion coverage.

Although House appropriators included the provision in the draft spending bill last year, too, it didn’t make it into the final version. The committee approved the 2023 spending bill on June 24, but it still has to make it through both the full House and the Senate, which could mean more revisions to the legislation.

Lawmakers will likely need to overcome the Hyde amendment to remove the FEHB ban on abortion coverage. The Hyde amendment is a standing legislative provision that bars the use of federal funds to pay for abortions, except in cases that endanger the life of the patient, or if the pregnancy arises from incest or rape.

Meanwhile, Young from DOJ GEN said the Hyde amendment should not be a factor in providing paid leave and covering travel expenses for federal employees seeking abortion services.

“For decades, the Hyde amendment has placed undue obstacles to federal employees’ access to reproductive healthcare,” she said. “But under its plain language, ancillary expenses that don’t actually pay for an abortion itself aren’t covered. So providing money to fund administrative leave, or even directly paying for employees’ interstate travel, I don’t think that would in any way run afoul of the amendment.”

Along with federal employees who may decide to obtain an abortion, agency leaders are also offering some guidance for federal healthcare workers. Attorney General Merrick Garland said the Justice Department is working to protect federal employees who provide reproductive services that are allowed under federal law.

“Federal employees who carry out their duties by providing such services must be allowed to do so free from the threat of liability. It is the department’s longstanding position that states generally may not impose criminal or civil liability on federal employees who perform their duties in a manner authorized by federal law,” Garland said in a June 24 statement. “The Justice Department is prepared to assist agencies in resolving any questions about the scope of their authority to provide reproductive care.”

The Department of Veterans Affairs, which employs some of the government’s reproductive health care workers, said it is continuing healthcare operations consistent with legal authority.

“Access to gender-specific reproductive health services, including contraception and fertility services, is and will remain a critical component of veteran health care,” VA Secretary Denis McDonough said in a press statement. “VA will work with DOJ to ensure the full strength of the federal government is available to defend eligible VA employees if necessary. Our commitment to providing reproductive health care to the veterans we serve is unwavering. We recognize this is a rapidly evolving landscape, we are monitoring the situation closely and will remain in close contact with you.” 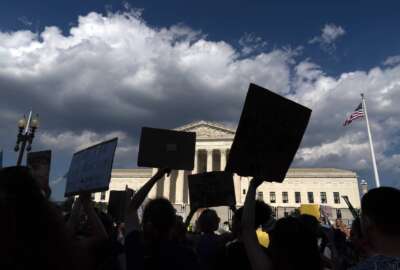 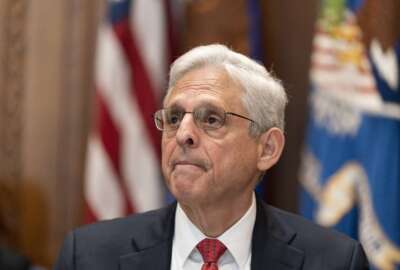