The fiscal 2023 financial services and general government bill, which the House Appropriations Committee advanced on June 24 in a vote of 31 to 22, makes no mention of the pay raise proposal for federal employees.

The fiscal 2023 financial services and general government bill, which the House Appropriations Committee advanced on June 24 in a vote of 31 to 22, makes no mention of the pay raise proposal for federal employees.

Similar to their silence last year, House appropriators’ lack of comment on the federal pay raise essentially endorses the White House’s 4.6% proposal from March’s budget request. In 2022, federal employees received a pay raise of 2.7% on average.

Military service members would also receive a 4.6% pay increase under the legislation. The White House did not specify locality pay in the across-the-board increase for 2023.

Democratic House lawmakers, though, are pushing for an even higher 5.1% pay increase for federal employees.

A lot can still change, though, between now and the start of the next fiscal year. For instance, the Senate would still need to approve the spending bill for the pay raise to become official.

The House Appropriations Committee also looked at funding requests for agencies including the Office of Personnel Management, Office of Management and Budget, General Services Administration and more.

In particular, spending for OPM includes a requested increase of about $70.9 million over the enacted level for 2022. That funding would in part go to heightened oversight and transparency for the agency’s retirement services, a program that faces ongoing processing delays and call center challenges.

Federal organizations like the National Active and Retired Federal Employees (NARFE) Association support the language about retirement services that the bill highlights.

“We hope this increased attention will elevate the urgency of the administration’s efforts to solve these problems,” NARFE National President Ken Thomas said in a June 24 statement. “We understand OPM may be struggling with pandemic-related disruptions and that there are dedicated public servants at OPM retirement services who recognize the problems. But they must prevent the situation from deteriorating further and start making real progress to improve and modernize their processes to better serve those who spent careers serving their nation.”

OPM Director Kiran Ahuja said at a June 23 press conference that she’s focused on improving retirement services. For example, the agency is currently piloting an online application for feds looking to retire.

The committee members also pointed to the President’s Management Agenda goal of strengthening the federal workforce, saying the funding request would support many of the White House’s workforce initiatives.

“This multi-year strategy includes dedicated investments to attract and hire the most qualified employees, including developing a diverse and competent workforce, improving federal hiring processing and identifying human capital needs of the federal workforce,” the committee wrote.

The funding would reduce barriers to federal employment and delays in the hiring process, through information technology modernization, more telework guidance and programs to support reentry to the civil service for those who previously left a federal position, the committee said.

The bill would also remove a ban on abortion services under the Federal Employees Health Benefits Program, a point over which several House Republicans voiced concerns.

Additionally, the Executive Office of the President would receive $4.5 million to pay White House interns. That comes after the Biden administration announced earlier this month that it will start paying its interns this fall.

The bill gives OMB $12 million above its enacted level for 2022, while the Office of the National Cyber Director would receive $22 million in funding to continue standing up an office for coordinating federal cybersecurity policy.

GSA would also get $100 million to fund electric vehicles in an effort to reduce the impacts of climate change, which is an ongoing priority from the Biden administration. The agency would get another $100 million for the Technology Modernization Fund.

To support increased access to records documenting underserved and underrepresented communities, the National Archives and Records Administration would receive $2 million above the President’s request for a total of $452 million.

Notably, the bill would also make permanent a provision from last year that requires more transparency on apportionment of appropriations. The provision would mandate OMB to make its appropriations publicly available in a timely manner.

Another section of the bill aims to improve budget execution, which would “require budget authority be made available prudently for obligation, executive agencies to provide budget and appropriations information to the Government Accountability Office promptly and agencies to notify Congress of certain delays or restrictions in apportionment of appropriations,” the committee stated.

One other new provision tries to create a commission to recommend name changes or removal of federal property that’s “inconsistent with the values of diversity, equity and inclusion,” the committee wrote.

House panel sticks with 4.6% military pay raise, but that could change 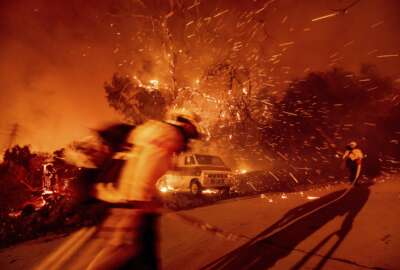