Avoid surprises by preparing for retirement years in advance

Now that the shock of the stock market correction has settled in and federal employees, like so many others in America, are spending inordinate amounts of time at home, retirement benefits specialist Tammy Flanagan said it was imperative to calculate what your net retirement annuity income with be, when that day comes.

On Your Turn with Mike Causey, Flanagan, who has been providing retirement planning assistance to federal employees since 1985, made her second consecutive appearance on the weekly show to implore listeners to be prepared.

Flannigan said that the Thrift Savings Plan should provide about a third of a retiree’s income. Another third should come from Social Security and the final third from a pension or annuity.

“You can put those three pieces together and come up with a pretty good retirement,” she said. But, she added, too many people forget to calculate their net monthly pension check when adding it all up.

For the third of the retirement income that will come from the TSP, Flannigan said, “It’s important to have a long-term plan rather than just a day-to-day plan, because you’re thinking in terms of decades rather than weeks.”

She emphasized the need for a diversified TSP portfolio because of what has happened over the past few weeks: A nearly 35% drop in the market.

“You need to take advantage of the G fund, as you get closer to needing to use the money, but not 100%. You still need to have some money in the market, even when times are lean, because you never know when that recovery is going to start.”

“If you’re still employed, this is a great time to keep investing in the Thrift,” she said. “Don’t stop, because now you’re buying low, if you’re buying C, S, or I fund money, because the stock market has been down from what it was even just a month ago.”

“Many people I see today, retiring under FERS, it is [their pension check] about a third [of their retirement income] in many cases. For some people though, it seems like they’re almost afraid to start using their Thrifts. So they’re putting it off,” Flannigan said. “I just don’t know if they’re living on less because they’re afraid it’s going to run out or they’re just not sure how to take it out.”

Flannigan recommended retirement counseling for those who really need to know the status of their survivor benefits and how important it is to keep a file in case your survivors need account information, passwords, and contact numbers.

She even referenced the Coronavirus Aid, Relief, and Economic Security (CARES} Act, which was signed into law in late March to deal with unemployment insurance, loans, and grants associated with the coronavirus-driven blow to the economy. But the CARES Act also includes some important changes to retirement benefits, as well. 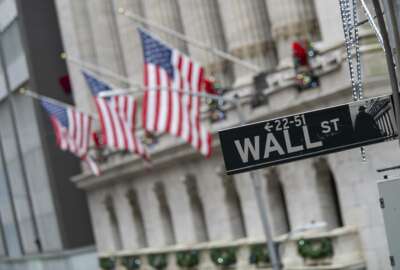 Avoid surprises by preparing for retirement years in advance