The Internal Revenue Service has lofty goals for the next five years and beyond. But the agency’s Future State Plan will fail if it continues to base its decisions off inaccurate assumptions about what taxpayers want and need, the National Taxpayer Advocate warned.

“For many years and in many areas, the IRS has made more services more difficult to use, and then touted the declining usage of that service as a basis to cut the service further and eliminate it entirely,” National Taxpayer Advocate Nina Olson said in her testimony before the House Oversight and Government Reform Subcommittee on Government Operations April 15.

At the crux of Olson’s concerns is the IRS’ plan to begin using more online taxpayer accounts and eliminate more in-person and over the phone services.

“The IRS right now is testing a version of the online account with IRS senior management and non-bargaining unit employees, so these are people who are fairly sophisticated financially,” she said. “Fifty percent of those volunteers could not get through the online account the first time around.”

Olson said the shift to more online accounts will get rid of some phone calls,  perhaps two phone calls out of every transaction between the taxpayer and IRS customer service representative.

Citing tight budgetary constraints, the IRS will soon stop accepting walk-in appointments at its taxpayer assistance centers (TACs) by the end of the year, Olson said. And it will no longer accept payments from taxpayers who visit an assistance center in person if they don’t schedule an appointment in advance.

“Is that not insane?” said subcommittee Chairman Mark Meadows (R-N.C.)

Olson agreed. In the future, the IRS should use online accounts as a supplement to the in-person services it already offers, she said.

“The IRS needs to do a better job when it makes these decisions of analyzing the consequences of these decisions and not just look at, ‘We’re saving money, because we’re not handling these in-person contacts that are $60 per contact,’ she said. “You may have spent $60, but you might have brought in $5,000 by serving that taxpayer in that walk-in site. That’s not the analysis that’s happening.”

But six consecutive years of budget cuts have forced the IRS to trim resources in other places, and the improved customer service taxpayers experience now on the phones will likely disappear once the filing season ends, Olson said.

Shifting more of its services online also raises concerns about the IRS’ ability to secure and protect taxpayer data. Considering some of the agency’s IT systems date back to the Kennedy administration, Olson said she isn’t confident current IRS IT could handle the heavy lift.

“Our technology is so far behind today,” she said. “We’re just talking about a customer account, but the data from that customer account has to come from about 200 different case management systems. There are employees today who can’t see into this system when they’re trying to talk to a taxpayer on the phone and you have to call somebody else to get the answer to that.”

The agency is still struggling to get its Get Transcript system back online after hackers attempted to steal old tax returns and personal information from as many as 334,000 people.

He described the agency’s relationship with industry as “tenuous” and encouraged Congress to help the IRS strengthen that collaboration.

The IRS took a few steps in the right direction when it established the Security Summit with private tax companies last fall, Buttonow said.

Congress should also ask IRS leadership to explain the details of its Future State plan as soon as possible, Olson said. But the committee should focus on the future, not the controversial topics they’ve raised in the past, she said.

“I feel like you were speaking directly to this committee,” Rep. Stacey Plaskett (D-Calif.) said of Olson’s comment in her testimony. She implored her colleagues to schedule more hearings. 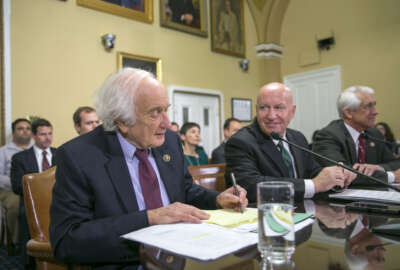 Lawmakers debate bills with serious implications for the IRS 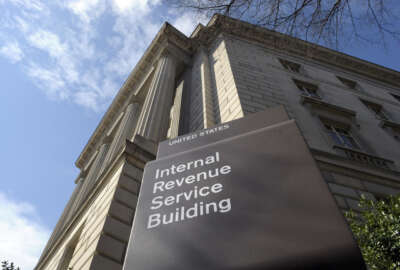