A 2018 budget proposal from the House Budget Committee asks federal employees to contribute more toward their retirement as a way to find hundreds of billions of dollars in mandatory spending cuts next year.

The House committee’s request sets the stage for congressional debate on significant changes to federal retirement, as well as others to Medicaid and environmental regulations programs.

The proposal, which the House Budget Committee is expected to mark up during a committee meeting Wednesday, sets ...

A 2018 budget proposal from the House Budget Committee asks federal employees to contribute more toward their retirement as a way to find hundreds of billions of dollars in mandatory spending cuts next year.

The House committee’s request sets the stage for congressional debate on significant changes to federal retirement, as well as others to Medicaid and environmental regulations programs.

The proposal, which the House Budget Committee is expected to mark up during a committee meeting Wednesday, sets  $621.5 billion for base defense spending and $511 billion for civilian discretionary spending in fiscal 2018. The proposal also includes reconciliation instructions for Congress to move forward on tax reform and achieve at least $203 billion in mandatory spending cuts.

The budget request includes reconciliation instructions to 11 House committees to make those cuts to mandatory spending.

Specifically, the committee’s resolution charges the House Oversight and Government Reform Committee to develop legislative proposals that reduce the federal deficit by $32 billion over 10 years through reforms to civil service pensions.

Those proposals will call for higher contributions to their federal pensions and the removal of supplemental Social Security payments to employees who retire before age 62.

“This would achieve significant savings while recognizing the need for new federal employees to transition to a defined contribution retirement system,” the budget blueprint said. “The vast majority of private sector employees participate in defined contribution retirement plans. These plans put the ownership, flexibility, and portfolio risk on the employee as opposed to the employer. Similarly, federal employees would have more control over their own retirement security under this option.”

Under the House Budget resolution, current federal employees would contribute more toward their pensions, while the defined benefit plan would be eliminated entirely for new hires, the American Federation of Government Employees said.

“While many private-sector companies are increasing retirement benefits for their workers, this budget goes in the opposite direction,” AFGE National President J. David Cox said in a statement. “It would make it that much harder for federal agencies to recruit and retain the quality employees they need to deliver the programs and services that American taxpayers deserve.”

“The federal government should be protecting these benefits, as well as setting an example for the private sector and devoting its resources to extending retirement security for all Americans,” NTEU National President Tony Reardon wrote in a July 18 letter to the Budget Committee. “Please let me know that you will oppose efforts to misuse federal pay and benefits as a blank check to pay for particulars that have nothing to do with federal employees and retirees.”

The ideas included in the House proposal are similar to the four major changes President Donald Trump offered in his own  2018 budget request:

But the proposals differ in one major way. The House Budget resolution calls for $32 billion in cuts to federal retirement over 10 years, but the president’s request details about $149 billion in cuts over the same period of time.

Republicans on the House Oversight and Government Committee have expressed an interest in making major changes to the federal pay and benefits.

“We are going to have civil service reform,” Government Operations Subcommittee Chairman Mark Meadows (R-N.C.) said during a May 18 hearing on federal employee compensation.

House Oversight and Government Reform Committee Ranking Member Elijah Cummings (D-Md.) said he and his Democratic colleagues would fight against cuts to federal retirement benefits, describing them as a “race to the bottom.”

“This isn’t the first time Republicans have squeezed federal employees to fund other programs — they have already slashed $180 billion in federal employees’ pay and benefits  over the past few years — and now Chairman [Trey] Gowdy (R-S.C.) has been directed to take away $32 billion more,” Cummings said in a statement to Federal News Radio. “The impact will be to degrade the federal civil service and undercut the critical services that the American people expect and deserve from the federal government.”

And the National Active and Retired Federal Employees Association (NARFE) predicted almost this exact scenario. The association told its members in March that it was most worried Congress would use tax reform and deficit reduction as a vehicle for the budget reconciliation process.

Under the budget reconciliation process, the Senate would only need a simple majority of 51 votes to pass these pieces of legislation.

But it’s unclear how the President’s recommendations or the  Budget Committee’s proposal would fare with House lawmakers.

About 100 House Democrats wrote to Speaker of the House Paul Ryan (R-Wis.) and Minority Leader Nancy Pelosi (D-Calif.) voicing their opposition to the president’s proposed changes to federal retirement.

Nine House Republicans also voiced their dissent, arguing that the president’s budget proposals would “single out” the federal workforce and would make it more difficult for agencies to recruit and retain top talent.

In addition, the budget would create a special commission, which would examine ways that agencies could reduce improper payments by 50 percent over the next five years.

“This timeframe recognizes that this problem is complex, and there is not a silver-bullet solution that could be implemented overnight,” the committee wrote. “This commission should methodically solicit input from experts within government, such as GAO, and the private sector to determine the best ways to tackle this problem.” 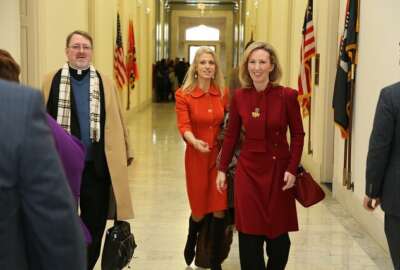 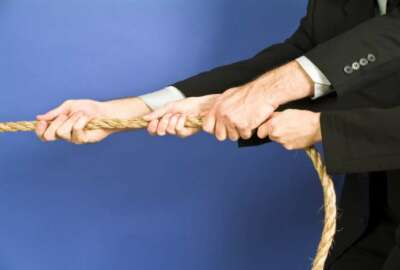