News of President Donald Trump’s proposed pay freeze has been met with some loud reactions from Democratic lawmakers and federal unions, but at least one Republican so far is making her displeasure known.

Rep. Barbara Comstock (R-Va.) is asking the president to reconsider and rescind his proposed pay freeze for civilian federal employees in 2019.

“We simply cannot balance the budget on the backs of our federal employees,” Comstock wrote Friday in a letter to the president. “With our strong, booming economy, I know we can work to find ways to support and fairly pay our federal employees, while growing the private sector economy and reducing our deficits.”

Congress, could, however, effectively rescind the proposed pay freeze on its own. The Senate has already passed a 1.9 percent raise for civilian employees. The House has stayed silent. Both chambers will need to conference over the issue in the coming weeks. But if Congress does nothing, the president’s proposal will move forward.

A pay freeze would impact federal employees across the country, not only in the Washington metropolitan area and surrounding states of Maryland and Virginia, Comstock said.

Members of the military are on track to receive a 2.6 percent raise next year, the largest in nearly a decade. Comstock, along with the Federal Managers Association, said the president’s announcement was “particularly disappointing in light of the 2.6 percent raise the uniformed military will receive,” FMA President Renee Johnson said in a statement. “We fully support the raise for the military, but strongly argue federal employees deserve parity.”

Some military pay raises have mirrored civilian raises over the last 30 years.

This isn’t the first time in recent history that a president has proposed a pay freeze for federal employees.

“Our public servants have been getting shortchanged for years, including three years of pay freezes under the Obama administration,” Comstock said. “To do the important work of protecting our country and providing for a stronger economy, we need well-paid professionals who know we support their important missions.”

Earlier in the week, Comstock said she would work with her colleagues in the House to clear a pay raise through the appropriations process.

But Congress has had little success in moving changes to federal pay through the appropriations process — at least in recent history.

It’s been eight years since Congress attempted to move a planned pay raise through appropriations in 2010, until President Barack Obama announced plans for a two-year pay freeze in 2011 and 2012.

Congress and the president argued again over federal pay in 2013, when Obama first issued an executive order authorizing a 0.5 percent raise for civilian employees. But lawmakers, looking to avoid a spring-time government shutdown, choose to extend a pay freeze for the third consecutive year.

In announcing plans for a pay freeze in 2019, the Trump administration didn’t specifically indicate how much the proposal would save. The president did reference locality pay increases averaging 25.7 percent and totaling $25 billion, that also would have gone into effect.

The federal government spent about $190 billion and nearly $195 billion on pay for roughly 2 million civilian employees in the executive branch in 2017 and 2018, respectively, according to data listed in the White House’s 2019 budget proposal. With a 2 percent estimated raise, the Office of Management and Budget predicted it would spent $198.5 billion on pay for civilian employees in 2019.

Under a pay freeze, federal employees are still eligible for step increases, other promotions on the General Schedule and various financial incentives and bonuses. 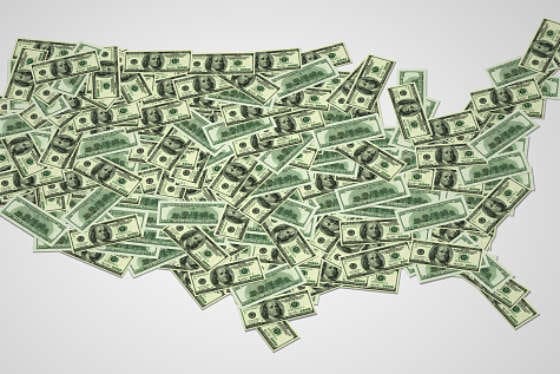 Is your federal pay above or below average for your state?

What agency has the most employees? Which feds get paid the most? Federal News Radio looks at the latest federal pay data from the Office of Personnel Management.