President Donald Trump has made his long-awaited decision official on federal pay for 2019, and the news won’t please many civilian employees.

In a letter to congressional leaders, Trump said he is exercising his authority to implement a pay freeze for civilian federal employees in 2019.

“I have determined that for 2019, both across-the-board pay increases and...

President Donald Trump has made his long-awaited decision official on federal pay for 2019, and the news won’t please many civilian employees.

In a letter to congressional leaders, Trump said he is exercising his authority to implement a pay freeze for civilian federal employees in 2019.

“I have determined that for 2019, both across-the-board pay increases and locality pay increases will be set at zero,” the president wrote. “These alternative pay plan decisions will not materially affect our ability to attract and retain a well qualified federal workforce.”

Members of the military are on track to receive a 2.6 percent raise in 2019.

As expected, Trump has chosen to deviate away from the statutorily-set formula that typically dictates federal pay raises for a given year. According to that formula, most federal employees would have received an average of a 2.1 percent raise in 2019, plus additional locality pay increases, which average 25.7 percent and cost roughly $25 billion in total, Trump said.

Unless Congress acts, the president’s latest announcement essentially means that civilian employees would continue to get the same rate-of-pay in 2019 that they receive this year.

“In light of our nation’s fiscal situation, federal employee pay must be performance-based and aligned strategically toward recruiting, retaining and rewarding high-performing federal employees and those with critical skill sets,” the president wrote Thursday. “Across-the-board pay increases and locality pay increases, in particular, have long-term fixed costs, yet fail to address existing pay disparities or target mission critical recruitment and retention goals.”

The freeze would become effective on Jan. 1.

News of Trump’s intention to freeze federal pay isn’t surprising, considering his 2019 budget proposal recommended a pay freeze for the next year. Thursday’s announcement, which codifies the president’s decision on federal pay, is an announcement that each administration must make by Aug. 31 every year.

The president’s latest announcement comes as the Senate has already cleared a 1.9 percent pay raise for civilian employees in 2019. The House, however, has remained silent on the issue, setting up an opportunity for congressional leaders to resolve their differences in conference.

Congress could also change the president’s course and pass stand-alone legislation on federal pay, but this would be unlikely. Rep. Gerry Connolly (D-Va.) and Sen. Brian Schatz (D-Hawaii) have again re-introduced the Federal Adjustment of Income Rates (FAIR) Act in January. The bill calls for a 3 percent raise for federal employees next year.

Connolly on Thursday again expressed concern that freezing federal pay would serve as a disincentive in recruiting top talent to agencies.

“When President Kennedy spoke of the nobility of public service, he did so out of a belief that our country is made stronger by a federal government people can depend on and for which people want to work,” Connolly said in a statement. “For President Trump, the federal workforce is just a punching bag.”

The Senior Executives Association said it was disappointed in the president’s decision not to make locality-based adjustments next year. Locality pay typically ensures that agencies in particular region in the United States can compete for talent with private sector companies in the same geographic area.

“These adjustments have far more to do with ensuring the federal government is keeping pace as an employer, with the Federal Salary Council using complex formulae based on hard data to determine how regional economies are shifting, and responding accordingly through its recommended rate adjustments,” SEA President Bill Valdez said.

“It is [our] intent to continue working in Congress to secure a pay raise for the middle-class employees who serve this country every day as part of the federal workforce,” National Treasury Employees Union President Tony Reardon said in a statement. “They have already endured years of little to no increases and their paychecks cannot stretch any further as education, health care costs, gas and other goods continue to get more expensive.”

The American Federation of Government Employees also called on Congress to move forward with the Senate’s proposal for a 1.9 percent raise next year.

Other lawmakers joined in on the unions’ call to Congress to work a federal pay raise through the appropriations process.

“Congress can and must stand up to the president and reject this assault on our federal workers by passing the 1.9 percent pay raise that the Senate approved on August 1,” Sen. Mark Warner (D-Va.) said.

Rep. Barbara Comstock (R-Va.) also echoed her concern over the president’s intended pay raise and said she would work with her colleagues to include a raise in appropriations bills.

This isn’t the first time in recent history that a president has proposed a pay freeze for federal employees. President Barack Obama implemented three consecutive years of pay freezes in 2011, 2012 and 2013.

Most federal employees received a 1.9 percent raise in 2018. 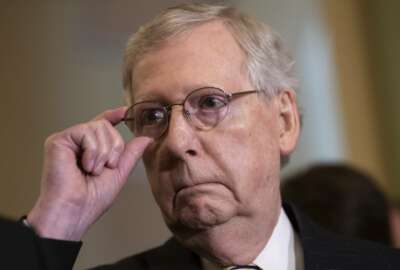 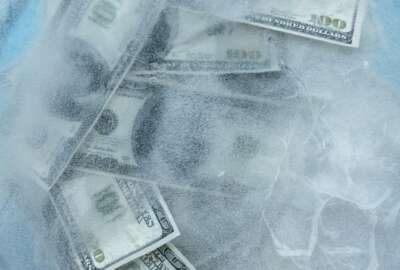