With a budget deal staving off sequestration for the next two years, Defense Department officials are banging the drum for their next budgetary challenge: modernizing the nuclear triad.

Two of the Defense Department’s top budgetary planners warned the public this week that Congress and the Pentagon need to figure out a way to pay for the increased cost of modernizing the nation’s nuclear weapons, especially in the 2020s.

DoD Comptroller Mike McCord also rang the warning bell that the Pentagon will need more funding in the 2020s during a Nov. 30 speech.

McCord noted that with the retirement of the baby-boomer generation, the nation’s mandatory spending will increase. By 2020, interest, health care, Social Security and Defense will take up all the revenues the United States takes in, leaving the whole non-Defense discretionary budget to be borrowed. By 2035, both the Defense and non-Defense budgets will outpace revenues.

“That period 2020 to 2035 is a key period for us because that’s  the year we are going to need to recap[italize] the triad and we are going to need a bump up in resources, so not maybe the ideal situation in which we find ourselves here with lack of budget stability in the near-term and knowing we have this fiscal pressure driven by demographics going forward,” McCord said.

Kendall told reporters that Deputy Defense Secretary Bob Work still is in talks with the Office of Management and Budget on how to handle the modernization of the nuclear triad.

“From the department’s perspective, we need budget relief to afford the triad recapitalization, I think it’s quite clear when you look at it,” he said. “If the Navy were to absorb the Ohio-Class submarine out of its shipbuilding account it would devastate the shipbuilding account. The Long Range Bomber is not as much of an issue, but when you put it together with the [Intercontinental Ballistic Missile] it’s a big hit on the Air Force in the 2020s as well.”

Challenges for the  next administration

Kendall said he didn’t know if Congress will get involved in the short-term, but the next administration will definitely have to deal with the issue.

To modernize those weapons, the Congressional Budget Office estimated that from 2015 to 2024 it will cost about $348 billion or about $35 billion a year. Estimates that go further out in time find that in the next 30 years about $1 trillion will need to be spent on modernizing the nuclear triad and sustaining the current nuclear warhead arsenal.

Nuclear forces currently cost about $25 billion a year to sustain, coming out to about $725 billion over 30 years.

Modernization efforts, which include a follow-on to the Minuteman missile, a Long Range Standoff missile, the Ohio-Class ballistic missile submarine and the Long Range Strike Bomber cost the extra $350 billion to $375 billion over 30 years.

The bulk of the $1 trillion would come in the 2020s. A Center for Strategic and Budgetary Assessments study stated a “bow wave” in spending with hit DoD in the mid and late 2020s. The cost of the nuclear triad costs about 3 percent-to-3.5 percent of the Defense budget until about 2019. The percentage then gradually increases to 5 percent in 2027 and then sinks down to about 3.5 percent in 2039.

DoD already is working on life extension efforts for some of the missiles and recently awarded a contract for the Long Range Strike Bomber, however the award currently is under protest.

“At the end of the day the country can afford it, we just have to make a decision,” Kendall said.

The question is does the country need it and to what extent?

Michaela Dodge, a senior policy analyst at the Heritage Foundation, thinks it does.

“The nuclear triad continues to be relevant in today’s world. It’s going to continue to be relevant into the future, which is why we are choosing to make these investments,” Dodge said in an interview with Federal News Radio.

“We have all these systems coming due at the same time, which is causing problems, but it’s a problem we got ourselves into,” she said.

Dodge said the atrophy of the systems is not the only problem; the world is getting more dangerous as well.

“When we look at Russia’s nuclear modernization program and we look at what the Chinese are doing, we are going to face very serious security challenges in the strategic realm and we haven’t had to deal with that situation for over a decade now so we are losing that margin of comfort we had in the early 1990s or late 1990s, so we can’t afford to delay these decisions,” she said.

Still, nuclear weapons are extremely prolific in the military. When President Barack Obama took office, the United States had more than 5,000.

However, then-Commander of U.S. Air Force Global Strike Command Lt. Gen. James Kowalski said in 2013 that a Russian nuclear attack is such a remote possibility that it is hardly worth discussing. Instead, he said the biggest concern is a self-inflicted wound.

“The greatest risk to my force is doing something stupid,” he said.

William Saetren, a fellow at Ploughshares Fund, said the United States may be over-modernizing its nuclear arsenal.

“The cruise missile we currently equip was deployed in the 1980s and its life expectancy will expire in the 2030s. We believe when that happens it should be retired. … We don’t think there is a need to build another cruise missile and that is for the specific reason that the Air Force is planning on building a really expensive Long Range Strategic Bomber,” he said. “It’s a penetrating bomber, the reason we built the cruise missiles in the first place was as an alternative to an expensive penetrating bomber.”

Saetren said submarines are also the most survivable leg of the nuclear triad. If nuclear deterrence is necessary then submarines are the best way to go. The United States currently has 14 Ohio-class submarines and 12 will be replaced.

Saetren said that is excessive and can be reduced to eight.

“By reducing the current fleet from 14 to 8 and then building [only] 8 you can save $21 billion over 10 years and in the 2030s and additional $30 billion would be saved,” Saetren said. “That’s a whole lot of money the Navy could be spending on other things.”

Still, no matter what road DoD decides to take it still needs Congress to provide budget certainty to sustain and possibly modernize the nuclear triad.

House Armed Services subcommittee on strategic forces chairman Mike Rogers (R-Ala.) told Federal News Radio in a statement that he thought the full modernization program an appropriate amount considering the nuclear triad is the “bedrock of our security.”

Still other lawmakers such as Sen. Ed Markey (D-Mass.) and presidential candidate Sen. Bernie Sanders (I-Vt.) have sponsored bills to cut nuclear spending by $100 billion over the next decade. 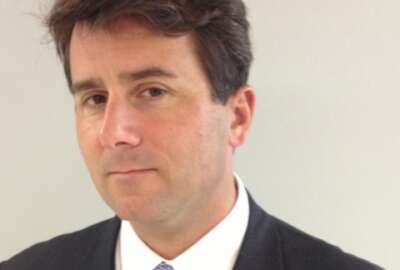 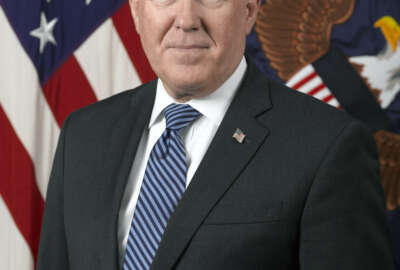