His signature delays the prospects of a government shutdown for four more weeks.

The Senate passed the CR early Thursday afternoon with a 74-20 vote. The House easily cleared the measure Tuesday. The president had to take action before 11:59 p.m. on Thursday to avoid a second government shutdown in 2019.

Lawmakers have until Dec. 20 now to continue negotiations over 12 appropriations bills for the rest of fiscal 2020. Disagreements over border wall spending have largely delayed progress on the budget, even though congressional leaders struck a broad deal on topline spending caps earlier this year.

Congressional leaders have insisted they want to move individual appropriations bills rather than a third CR, or series of CRs, once they return from the Thanksgiving recess.

Federal employee unions and organizations said they were relieved Congress and the White House had averted a government shutdown but were far from pleased with another CR.

“Continuing resolutions negatively impact when and how agencies can fund contracts and impede managers from performing their jobs,” Renee Johnson, president of the Federal Managers Association, said Thursday in a statement. “Resources are uncertain and trickle in, preventing long-term planning, bulk buys and multi-year contracts. As a result of this uncertainty, managers and supervisors are forced to focus on short-term operations and less on their core missions. This directly hinders efficiency and winds up greatly costing the government and American taxpayers.”

Though the CR guarantees a 3.1% raise for active-duty military members, the measure is silent on a federal pay raise for civilian employees.

Federal employees will likely receive a raise in 2020; it’s just unclear exactly how much the adjustment will be.

The president has proposed a 2.6% federal pay raise for civilian employees next year, and it doesn’t include a locality pay adjustment. Trump has until the last day of the year to sign an executive order officially implementing that raise, unless Congress chooses to act.

Congress could go in one of several directions. Lawmakers could choose to move forward with a House-passed 3.1% raise, which consists of a 2.6% across-the-board adjustment and a 0.5% locality pay bump.

Or Congress could stay silent on federal pay — either by choice or by sheer inaction on the 2020 spending bills.

A third continuing resolution after Dec. 20 is another possibility. Members could attach a 3.1% federal pay raise to the CR, but it’s unclear if lawmakers will go out of their way to secure one — especially if the president will finalize his proposed 2.6% adjustment by the end of 2019.

Or, of course, no agreement on any sort of funding mechanism would bring another government shutdown after Dec. 20.

Most federal pay raises kick in on or near Jan. 1 of the next year. A recent exception was 2019, when Congress included a 1.9% federal pay raise in the omnibus spending package lawmakers passed back in February. 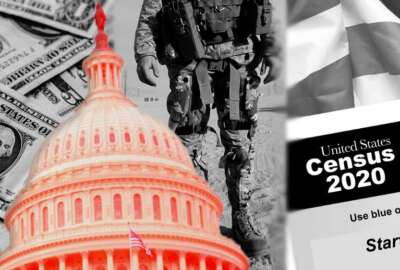 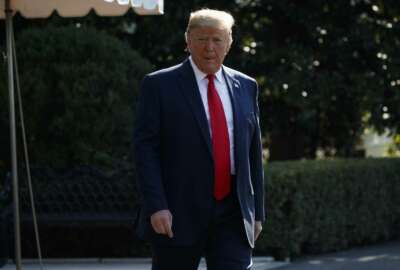