With oil prices steadily creeping up, there is a slight chance that retirees —federal, military and Social Security — will get a larger cost-of-living adjustment in January than the 1.9 percent pay raise proposed by the Trump administration.

This year (January 2017), the retiree COLA — 0.3 percent — was so small many people didn’t notice it. In fact, annuity payouts for many dropped as both long-term care insurance and health insurance premiums jumped. With 5 months yet to go on the COLA countdown, it stands at 1.44 percent.

Although many people think that federal pay raises and retiree COLAs are the same, they aren’t, by a long shot. Sometimes that works out best for workers, sometimes retirees get the bigger adjustment.

COLAs are linked to inflation — as measured by the Bureau of Labor Statistics — using a yardstick that many retirees feel doesn’t take into account the ever-rising prices of things retirees need and use more (like medicine) than younger workers.

There are still six months to go in the COLA countdown, which will determine how much retirees get in 2018. The amount of the 2018 adjustment will be based on the rise in living costs from the current third quarter (July, August, September of 2017) over the third quarter of 2016. The process is very complicated. But if you want to check it out, here is the explanation the National Active and Retired Federal Employees published for its members.

Meantime, House Republicans have promised to take a good look at many civil service benefits. Most of the proposed changes are likely to center on pay and the retirement package.

It will also be a duel between statistics and models used by competing groups looking at federal pay/total compensation vs. that in the private sector.

The model used by the Office of Personnel Management/Bureau of Labor statistics says that federal workers earn 34.07 percent LESS than their counterparts in Washington, Baltimore, New York, San Francisco, Los Angeles, Houston, Dallas-Ft. Worth and other metro areas and that the gap is even wider in some small communities where the local postmaster, Agriculture Department agent or Interior Department manager might be one of the better-paid citizens in the community.

Groups like the conservative Heritage Foundation say the OPM/BLS model doesn’t tell the whole story because it deals only with salary. If “total compensation” — the value of pay, holidays, vacation time, insurance and retirement benefits — was considered, Heritage says the government vs. industry gap would be much wider, dramatically in favor of the government. 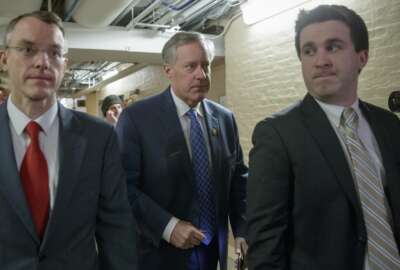 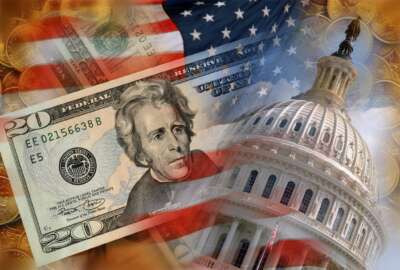 Senior political officials barred from pay increases through end of 2017