Rep. Henry Cuellar’s (D-Texas) office is swamped with calls from citizens seeking help in getting responses from federal agencies.

The Texas Democrat knows President Barack Obama issued an executive order in 2011 telling agencies to improve customer service. But Cuellar, who is a member of the House Appropriations Committee, said the improvements aren’t happening fast enough. So he authored a provision in the fiscal 2016 spending bill to increase pressure on agencies to improve their...

Rep. Henry Cuellar’s (D-Texas) office is swamped with calls from citizens seeking help in getting responses from federal agencies.

The Texas Democrat knows President Barack Obama issued an executive order in 2011 telling agencies to improve customer service. But Cuellar, who is a member of the House Appropriations Committee, said the improvements aren’t happening fast enough. So he authored a provision in the fiscal 2016 spending bill to increase pressure on agencies to improve their performance.

“One of the reasons I put this language there is to make sure [the Office of Management and Budget] keeps pushing,” Cuellar said in an interview with Federal News Radio. “We are supposed to get 90 days from the day the omnibus appropriations passed, an idea as to the development of standards to improve customer service and how those standards are being incorporated under the performance plan my legislation called for in 2010. Again, we are using the appropriations process to move this quicker.”

Cuellar is referring to the 2010 update to the Government Performance and Results Act he co-authored.

The provision in the 2016 spending bill is fairly straightforward, and seems to be in reaction to several ongoing challenges agencies are facing.

“The committee appreciates that the administration has tried to improve customer service,” the legislation stated. “However, more needs to be done to improve the services that the government provides whether it is citizens trying to use Healthcare.gov, taxpayers calling the IRS with questions, or Office of Personnel Management processing federal employment retirement claims.”

Cuellar said while there has been some progress across some agencies, customer service continues to be a struggle governmentwide. Part of the reason, he said, is a lack of common standards and management oversight.

Cuellar pointed to the Homeland Security Department’s Customs and Border Protection directorate as a recent example of where congressional pressure, similar to the 2016 provision, made a big difference.

“I had to put some language where they had to do a better job with customer service because of the way they were treating people in a very disrespectful way when they were coming into the country,” he said. “CBP has taken that and has done a good job, for example, at the Port of Laredo, where they have this pride initiative, which is improving customer service and where they have customer managers doing work. I’m giving you an example where, yes money is important, yes, technology is important, but darn it, the approach of a federal employee is so important.”

In February 2015, CBP kicked off this PRIDE initiative — a re-dedication to Professionalism, Respect, Integrity, Diversity and Excellence throughout the workforce.

“The initiative includes the creation of a fully staffed integrity and professionalism standards division within the Laredo Field Office, recurring professionalism training for our workforce and the deployment of professionalism service managers (PSMs) at Laredo Port of Entry and all South Texas ports,” the agency said in a release. “The PSMs, identifiable by their red lanyards, will oversee professionalism training for frontline CBP officers and will be available to receive and address comments, concerns and compliments from the traveling public. PSMs also will meet with, listen to and address comments, concerns and compliments from our travel and trade stakeholders as well.”

Cuellar said the pilot in Laredo was successful so now CBP is expected to expand the concepts to other land ports across the northern and southern borders.

Cuellar said having standards is key to doing a better job on customer service.

“There are different measures we can look for, for those standards. It’s a timely response. It’s hard to measure but the temperament for how you deal in a courteous way with our customers, there’s different ways to measure that satisfaction,” he said. “I understand there are challenges. But we don’t have to reinvent the wheel. If you look at what other countries have done or what is being done in the 50 states, there’s a lot of ideas and measurements that have been done before where we don’t have to reinvent the wheel. We just have to have the leadership from the top … to make sure we are all on the same page.”

And it’s not just the executive branch that is key to this effort. Cuellar said money and technology from Congress also are important.

The Obama administration recognized the challenges around customer service. The American Customer Service Index found satisfaction in the government as a whole sank to 63.9 percent in 2015, compared to the previous record low of 64.4 percent in 2014. The Interior Department ranked the highest with a 75, while the Treasury Department received the lowest score of 55.

Beyond the executive order, the White House introduced new customer service awards for agencies in 2015. The administration announced initial winners in December, highlighting the work of two individuals and three programs.

Customer service also is a cross-agency priority goal. OMB updated agency progress for the fourth quarter of fiscal 2015 detailing progress against a host of objectives.

For instance, OMB says the General Services Administration, the State Department and the Social Security Administration launched a customer feedback pilot in August. OMB will assess the results of the pilot in the fourth quarter of 2016 as well as develop an “appropriate policy tool” for full implementation of the feedback mechanism. 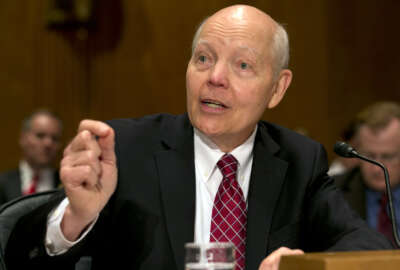 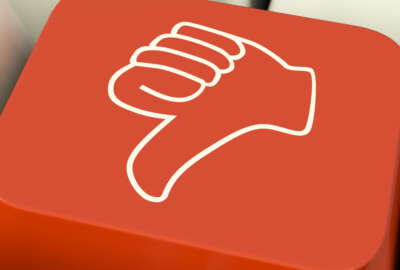 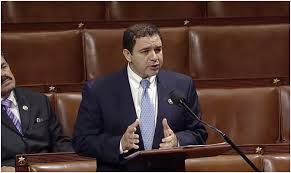