With low morale, high attrition, significant barriers to hiring and facilities at ports-of-entry lawmakers say are restricting commerce and tourism, Customs and Border Protection is struggling to do more with less.

“If we’re not able to staff people because we’re overwhelming them on background checks, on other types of testing that are not applicable to the job, I think that this is time for a serious revision of the hiring process,” Norma Torres (D-Calif.) said...

With low morale, high attrition, significant barriers to hiring and facilities at ports-of-entry lawmakers say are restricting commerce and tourism, Customs and Border Protection is struggling to do more with less.

“If we’re not able to staff people because we’re overwhelming them on background checks, on other types of testing that are not applicable to the job, I think that this is time for a serious revision of the hiring process,” Norma Torres (D-Calif.) said during the April 19 hearing. “And I hope that today, when you leave this hearing, you don’t just turn the page and go on about your bureaucratic way of doing business.”

The House Border and Maritime Security Subcommittee questioned executives from CBP, the General Services Administration and the National Treasury Employees Union about challenges to CBP’s hiring, retention and infrastructure.

“The border provides challenges for security, but also provides opportunity for commerce, which is tied to our economy, growth of jobs, so we’ve got to be able to figure out how to let the good stuff in and keep the bad stuff out, and infrastructure is a main facilitator or barrier to that,” Chairwoman Martha McSally (R-Ariz.) said.

Lawmakers called the hearing because they have not received the report CBP is required to submit regarding these issues. The agency leaders said that the report was finished, but is being internally vetted.

Hiring: Too long a process, too few applicants

She described two of the strategies being employed toward these ends specifically. The first was data-driven recruitment, which increased the number of applicants to CBP from 45,000 in fiscal 2014 to 115,000 in 2015. The second was partnering with the DoD to create hiring hubs to encourage veterans to transition directly from the military into CBP. She said that these hiring hubs reduce the amount of time taken by the hiring process by 65 percent. These hubs are currently only employed at a handful of military bases, but CBP has plans to expand in the near future.

McSally said that the interview process was still too long for most applicants, however. She said that the 11-step hiring process took an average of 460 days in 2015, and current reductions only applied to pilot programs like the hubs.

“We are losing far too many good applicants who just throw up their hands and move on, because they have given up on the process,” McSally said.

“I want to make sure we are vetting potential applicants thoroughly without subjecting them to a process that is adversarial without purpose,” she said.

McSally’s other major concern regarding hiring was the polygraph process, an obstacle that she said disqualified a great deal of otherwise qualified candidates. She shared anecdotes that included improper questions and problematic behavior on the parts of polygraph operators, although she did not go into specifics.

“I’ve heard some of the same kinds of horror stories I suspect you are probably referring to,” Tony Reardon, president of the National Treasury Employees Union, said. “The stories I’ve heard clearly go beyond what I think is acceptable to be asking someone.”

Jacksta described CBP’s process for monitoring the polygraph process and operators. She said both the process and the oversight are sufficiently rigorous, and that CBP takes complaints very seriously. In addition, she said that CBP is currently undertaking a benchmarking study to compare polygraph results from the CBP hiring process with the results from other federal law enforcement agencies.

“The one word of caution I would mention is that our applicant pool is vastly different than many other applicant pools from other federal law enforcement organizations, so we’re trying to be careful in making sure that we’re measuring apples to apples,” Jacksta said.

Retention: Low morale due to lack of staffing

Acting Ranking Member Brian Higgins (D-N.Y.) turned to retention, bringing up the fact that CBP is continuously ranked at the bottom of the Partnership for Public Service’s best places to work survey. In fact, in 2015 CBP was rated 314 out of 320. He said that due to a lack of official reports from CBP itself, all the committee has to rely on are anecdotal evidence, but that it largely indicated low morale.

Reardon acknowledged hearing many of the same opinions expressed. He said that the CBP also received low scores on the Federal Employee Viewpoint Survey.

“From my perspective, the staffing shortage is certainly a large part of the problem when you start looking at the morale. You have people who are working 12-15 hour days. …  After a while, it begins to wear on people. People are beaten up. They’re tired,” Reardon said. “I think, probably at the core for them, is that they don’t feel valued.”

McSally said that attrition rates are so high, and the hiring process so slow, that the agency is essentially “treading water.” She pointed out that despite funding to hire 2,000 additional officers in last year’s budget, CBP still needs more than 2,000 more full-time employees — 950 officers and 1,300 border patrol agents — to meet congressionally mandated staffing levels.

John Wagner, deputy assistant commissioner for Field Operations, agreed with McSally’s assessment. He said that the agency is exploring other options to reduce the workload, such as automation and the elimination of paper forms.

Both McSally and Higgins hail from border districts, albeit at opposite ends of the country. Both, however, shared concerns about the neglected nature of the ports of entry. McSally lamented lost opportunities for commerce between Mexico and her district in Arizona, while Higgins bemoaned the obstacle to tourism presented by overcrowded bridges between New York and Canada.

“Many members, including myself, are concerned about the prioritization process,” she said. “It doesn’t seem totally transparent to us, or understandable. I hear about a capital investment plan, I hear about a strategic resource investment process … [and] talk about a border master planning process. This is a bureaucracy headache. It doesn’t seem very obvious what the process is to us, what the prioritization and the criteria are.”

Eugene Schied, assistant commissioner of administration for CBP, said that strategic resource assessments occur every five years. They involve CBP employees visiting facilities with a checklist and evaluating their status, basically determining how well the facility is working.

It also involves determining the facility’s projected workloads, finding out about local Department of Transportation plans, as well as plans being executed by either Mexico or Canada. They also include interviewing employees.

Based on these five-year assessments, CBP and GSA collaborate on annual priorities for infrastructure spending. 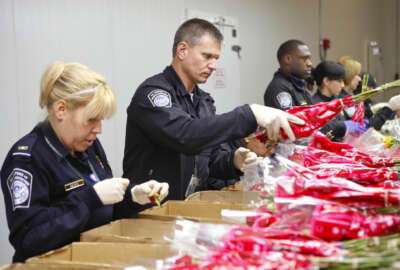 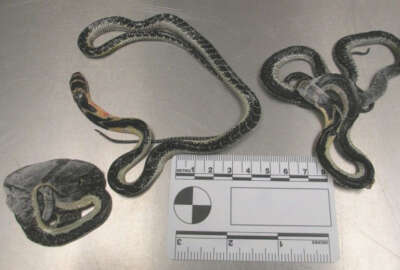 Cobras, drugs and money: Just another week for CBP