A recent Government Accountability Office study on official time at the Veterans Affairs Department is sparking a broader debate about the role federal union work should play within agency operations.

Many lawmakers are baffled by this report, which says at least 340 VA employees spent 100 percent of their working hours on union business in fiscal 2015. This data is unreliable, however, since VA lacks a consistent and reliable method to track their employees’ use of...

A recent Government Accountability Office study on official time at the Veterans Affairs Department is sparking a broader debate about the role federal union work should play within agency operations.

Many lawmakers are baffled by this report, which says at least 340 VA employees spent 100 percent of their working hours on union business in fiscal 2015. This data is unreliable, however, since VA lacks a consistent and reliable method to track their employees’ use of official time.

About 90 nurses, three addiction therapists, 13 nursing assistants and three pharmacists were among those at VA who spent 100 percent of their normal work hours on official time, said Rep. Jody Hice (R-Ga.).

But with some veterans still waiting for care, many lawmakers were astounded that some VA employees spent all of their normal work hours on activities other than seeing patients and addressing veterans’ claims.

“If they spend 100 percent of their time on union activities, is that reasonable, necessary and appropriate?” Rep. Jodey Arrington (R-Texas), the chairman of the House Veterans Affairs Economic Opportunity Subcommittee asked during a joint hearing with the House Oversight and Government Reform Subcommittee on Government Operations.

“I would describe it that they spend their time on government activities, not union activities,” said J. David Cox, national president for the American Federation of Government Employees, which represents many VA employees.

The department typically hires another person to backfill the work that the employee on official time is unable to perform, said Kim McLeod, acting executive director of labor-management relations for the VA.

“I see no positive outcome in having to hire two people for the work of one,” Hice said. “Not that people doing union work don’t accomplish some good, but positive outcomes?”

Currently, VA has about 45,000 vacant positions, mostly in medical fields.

“You have time that you’re paid to be a doctor,” House Veterans Affairs Committee Chairman Phil Roe (R-Tenn.) said. “How does that help a patient who can’t see that doctor? A board-certified doctor, and you have no access to him. And we’re short of providers.”

Yet Cox and other lawmakers argued that official time gives VA employees the necessary tools they need to best serve veterans. The debate over official time is moot, they argued.

Rep. Mark Meadows (R-N.C.), the chairman of government operations subcommittee, said the time is now for proper accounting and a true conversation on official time.

Many lawmakers — and the witnesses — sparred over the true purpose of the hearing.

“This is not about whether federal employees should or should not participate in official time,” Meadows said in his opening statement. “We recognize, I recognize, the importance of that particular activity. Today’s hearing is really about what is reasonable and what is in the best interest of the taxpayers who fit the bill for official time. With the VA backlog in the tens of thousands, is it reasonable for medical professionals to spend 100 percent of their days on VA union activities?”

Several members of both committees insisted they didn’t want to discredit agencies’ overall use of official time, adding that the joint hearing with members of the House Oversight and Government Reform Government Operations Subcommittee and Veterans Affairs Economic Opportunity Subcommittee was a chance to better understand VA’s time and attendance accounting problems.

Yet other committee members — and at least one of the witnesses — say the hearing quickly swung in the other direction.

But VA has little to no idea about how much official time its employees use, and the data it does have is unreliable, GAO said.

VA can’t track the number of hours its employees spend on union activities for a few reasons. First, the department uses two separate systems to track official time: the VA Time and Attendance System (VATAS), which the department rolled out to some facilities starting in 2013, and an older legacy attendance system.

VATAS has specific codes that employees can use to record official time. The older system does not.

About half of VA facilities and one-third of employees have begun to use the new time and attendance system as of September 2016, McLeod said.

VA employees haven’t been properly trained on how to record official time into the new attendance system, GAO said, and the department won’t completely roll out VATAS to all VA facilities until July 2018 — five years after the initial launch.

“It’s clear to me this has not been a priority for the VA,” said Rep. Beto O’Rouke (D-Texas), ranking member of the House Veterans Affairs Economic Opportunity Subcommittee. “The VA at the highest levels of leadership just has not cared about this issue, otherwise we would have one, unified system, otherwise we’d have reliable data today in 2017, not dependent on information that’s, at best, five years old.

And McLeod said she wasn’t sure why VA’s Office of Management hasn’t been more assertive in getting VATAS up and running at all facilities.

Most lawmakers were unconvinced by Cox’s argument: that official time benefits VA employees, which in turn helps them best serve veterans.

“Many try to turn official time into some type of scandal, but the fact is that official time is the antidote to scandal,” Cox said. “It’s what empowers employees to do their job more effectively and provide veterans with better care.”

Connolly agreed and said he was concerned that changing official time policies could leave unintended implications for whistleblowers.

“These protections have to be enforced,” Connolly said. “In the workplace, federal employee unions enforced the whistleblower laws Congress passes, and they do it on official time.”

One VA whistleblower, who wrote to the committee about her case, said AFGE leaders used official time to help her fight her case of whistleblower retaliation.

Union leaders are protected under law, the  Federal Service Labor-Management Relations statute,  to use “official time” to handle union business, such as negotiations or handling grievances during normal work hours.

Agency management and unions will officially negotiate the circumstances for official time.

“And in most cases, agency management does not have the right to select which employees will serve as union representatives,” she added.

VA plans to begin bargaining with its national unions to agree to a standard method for requesting, recording and reporting official time in VATAS, McLeod said.

Members in the previous Congress introduced several bills in attempt to control or eliminate employees’ official time use.

The House Oversight and Government Reform Committee considered one piece of legislation that would have required the Office of Personnel Management to submit annual governmentwide reports on official time.

The Federal Employee Accountability Act, which Hice introduced in 2015, would have barred federal employees from using official time to negotiate collective bargaining agreements.

Hice offered an amendment to the fiscal 2016 Military Construction and Veterans Affairs Appropriations Act that would have eliminated official time altogether at VA, but it failed to pass the House. 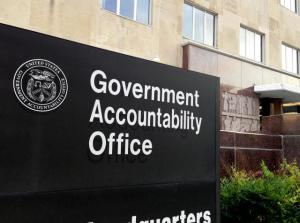 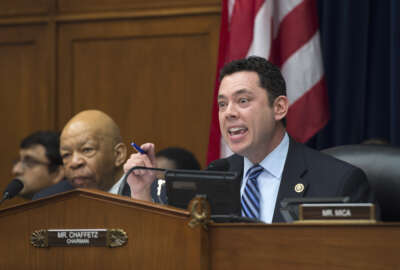 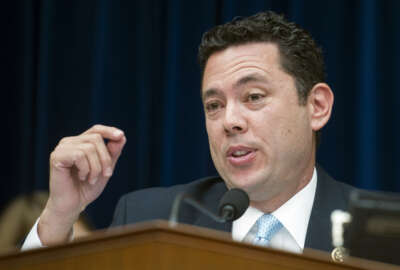