Federal offices are reopening, sort of. Many employees are confused by the phasing and worried there’ll be enough supplies and separation for safety. Well, some members of Congress share those concerns. They’ll be holding hearings. For this and what else is ahead this week on Capitol Hill, Federal Drive with Tom Temin turned to WTOP Capitol Hill correspondent Mitchell...

Federal offices are reopening, sort of. Many employees are confused by the phasing and worried there’ll be enough supplies and separation for safety. Well, some members of Congress share those concerns. They’ll be holding hearings. For this and what else is ahead this week on Capitol Hill, Federal Drive with Tom Temin turned to WTOP Capitol Hill correspondent Mitchell Miller.

Tom Temin: And Mitch, let’s begin with this idea of oversight of federal office reopening. This is – seems to be stemming from the Maryland delegation.

Mitchell Miller: Actually the Maryland delegation as well as the Virginia delegation. Virginia’s Sens. Tim Kaine and Mark Warner as well as Maryland Sens. Ben Cardin and Chris Van Hollen. They have outlined concerns saying basically, they think that the current guidelines for federal workers are unsafe for their return both here in the Washington area and across the country. They have written a letter to the acting directors of OPM and OMB, and they want new and clearer guidance to put out – be put out by the agencies. They point out that current guidance conflicts with the CDC guidelines and – as well as D.C., Maryland and Virginia which have encouraged to keep federal employees teleworking as long as they can. And they stress that they really do think they need more telework taking place. They also point out, of course to the spike in cases across the country with reopenings and worry that this is all going to start moving along too fast. Several agencies as you know, have been bringing back hundreds of workers in recent weeks. Among them the Agriculture Department, the Energy Department, EPA, OPM has said in response to the lawmakers that they will get back to them. And separately as we’ve talked about, Virginia Congressman Gerry Connolly continuing to keep his eye on this issue. He has requested two dozen inspectors general look into agency reopening plans, so a lot of concern as federal workers gradually return to the physical workplace.

Tom Temin: I think only one or two inspectors general have actually gotten back to them, though, so far.

Mitchell Miller: That’s right. I think it’s only OPM and EPA, so a lot of work to do on that front.

Tom Temin: But in the absence of legislation in this area, it doesn’t look like there’s anything developing there. Congress can basically only cajole and pester, but they can’t really force anything at this point.

Mitchell Miller: Right. It’s been an interesting period. The House is still technically not in session, lawmakers are continuing to conduct virtual hearings so the House will be back formally in session next week. But tomorrow, a House Homeland Security subcommittee will be looking into the supply of medical equipment and getting it to states which has again become an issue with that increase in the COVID-19 cases in many states. Officials in several states have been complaining that it’s difficult to get personal protection equipment. This was something that Sen. Chris Van Hollen several months ago had complained about in connection with a lot of federal agencies. A House Financial Services committee, meanwhile, will look into what’s being done to protect workers on the front lines. House Democrats in their latest proposal wanted to do a lot more to protect workers and want to update OSHA guidance. Some Republicans say that’s unrealistic given how long changes in OSHA guidelines normally take. It’s interesting how this whole oversight situation has continued during the pandemic. And not surprisingly, there’s a political element to this at virtually –

Mitchell Miller: Shocking I know. He’s shocked, I know. At every virtual hearing Republicans who are here physically in the Capitol, or in the committee rooms usually tweak their Democratic counterparts for taking part via video arguing they should be here so that’s clearly a GOP talking point. The House again will be in full session next week. But this is going to be an ongoing issue because many of the lawmakers will appear here and they will have their masks on while, elsewhere they will be appearing you know over a computer and via video.

Tom Temin: We’re speaking with WTOP Capitol Hill correspondent Mitchell Miller. Any idea of whether there will be legislation to appropriate continued money for paying contractor people such as was appropriated under the CARES Act – you know, Section 3160, I believe it was? And now the Defense Department has called for this. Any any chance that’s going to happen?

Mitchell Miller: There is a good chance that it is going to happen because as you know, the CARES Act, which was more than $2 trillion that was actually packed passed, now back in March. All of the things that were included in the CARES Act are now about to end at the end of July. And in fact, some will actually end earlier. So there could be some hope for contractors as lawmakers work through a lot of different issues among them, in addition to contractors. There’s of course, whether or not to extend the extra $600 unemployment insurance benefit that’s bolstered jobless benefits. Those extra payments are scheduled to expire at the end of the month, actually a few days before the end of the month. There’s also the question of whether there will be another round of stimulus checks going out. Lawmakers from both parties have floated the idea of sending out targeted checks that might go out to households at a certain income level. Under the bill passed by the House, single taxpayers earning less than $75,000 would get the full payment of $1,200. Senate Majority Leader Mitch McConnell on the Republican side has suggested a possible lower income threshold. Republicans and the White House have made it clear they want to make sure also that limited liability is included to protect businesses from getting sued if people get COVID-19 where they work or use services. And they also want protections for schools. And again, not surprisingly, politics getting into this issue as well as we get closer and closer to a time when kids would normally get be getting back to school, the debate over returning kids to school and physically in the classroom now permeating throughout Congress. The House Freedom Caucus recently made a strong push to get kids physically back in the classroom as President Trump wants. Many Democrats also want to get kids back in school but House Speaker Nancy Pelosi is stressed it has to be done carefully, based on scientific guidance to make sure kids are safe.

Tom Temin: Yes and of course, there’s the issue of not just for federal employees, which it’s a big issue for but for everybody. And that is, if you don’t have the kids in school, then what do you do with them once the school year starts, so it continues this lack of child care syndrome, which could hinder parents going back to work, because children have to be home from school.

Mitchell Miller: Right. And just like the school issue that really hasn’t been figured out. Child care facilities are all kind of in a quandary right now. Those that are involved, of course in federal agencies have to deal with this as parents wrestle with this issue as well. Virginia Congressman Morgan Griffith with the House Freedom Caucus last week, said that he thinks that some of the more rural areas also can be penalized because a lot of these parents are are working, as you mentioned, and can they leave kids at home by themselves in certain areas? A lot of big questions now facing lawmakers as we get into really what is crunch time related to this next pandemic legislation. This will actually probably be the key month for this issue during the year. 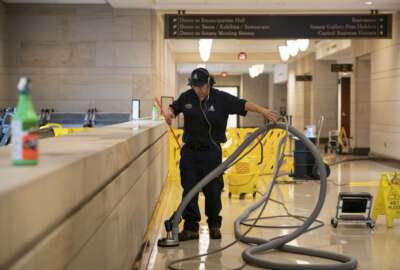 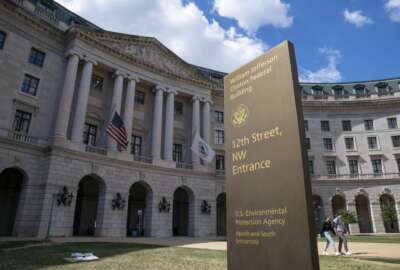