Capitol has to get back to business

If you’re expecting a period of moonlight and roses now that the Donald Trump team will be leaving Washington well think again. If anything, the aftermath of the great Capitol break-in means more rancor than ever. So how will the actual legislative work happen? With a look ahead, Bloomberg Government Editorial Director Loren Duggan joined Federal Drive with Tom Temin.

Tom Temin: And Loren, I guess it’s not ’til late January that they really get underway with what would have been the normal legislative process, etc. But for the interruption of some really weird events last week.

Loren Duggan: Right, some pretty extraordinary events in the last week. But folks are beginning to look to Jan. 20 and beyond, what to do with the new administration that’s coming in and what to do with Democratic control in both the House and the Senate, with the Senate control just being decided last week with the results of those two Georgia races that have given the senate a 50/50 split with the tie-breaking vote going to the Democrats, of course, because of Vice President Kamala Harris, who will take office on Jan. 20 – and set in motion this new period in Washington that will be undoubtedly a very interesting one.

Tom Temin: So what can you anticipate on the agenda? I mean, first of all, there’s the 2022 budget.

Loren Duggan: Well, this happens every time there’s a change in administration, which, you know, it’s often planned. Most presidential terms for the last three before President Trump when eight full years with a party switch, and you get the budgets maybe a little bit later than you would in other years, although that statutory deadline of the first Monday in February is often just missed completely. So whatever comes up from the administration is, of course, a request, it’s the starting point. The Congress will go its own way, and make its own decisions on things like Defense spending. Oftentimes, there’s more agreement between Congress and the administration on the overall contours and even some of the line items there on spending. But the domestic asks of a Trump administration are undoubtedly going to be very different than those of what President Biden and his team will want to do. So we’ll be waiting to see how long it takes to finalize that budget, send it up, and then begin the hard work of poring over it with appropriators getting back involved and the authorizing committees as well. Obviously, a lot of this will be happening still in a virtual hybrid committee environment that was happening last year, as a result of COVID-19. The House has set aside some weeks as committee work weeks versus floor vote weeks. So we might see those weeks used to bring some of these cabinet officials, newly minted ones up to explain their requests, maybe even ask for money beyond what’s in the request. So it’ll be interesting to see how that plays out.

Tom Temin: And then of course, there will be a series of confirmation hearings. And as you point out, again, the Senate is 50/50. So with Kamala Harris presumably voting for Biden’s nominations, those would pass but many of them are likely to get some favorable response from even the Republican side of the aisle.

Loren Duggan: Right, and it’s important to remember that the nominations that are sent up whether judicial or for Cabinet jobs, or even sub-Cabinet jobs, you only need 50 votes or a majority to bring debate to a close there. So one of the niceties for the Biden administration having that 50/50 split, as you say, Vice President Harris breaking the tie they can get everyone through if they hold their own side together. So if people run into trouble, they could still get them there. Republicans, I think you will see votes for some of these nominees, some of them might even get more bipartisan or lopsided support. We’ll have to see. There’s, in the past, many Cabinet people just went through even by voice vote just because they wanted to get the administration up and running. We’ll have to see how that plays out. We know, one nomination that will require some extra help and maybe some from the Republican side is Lloyd Austin at the Defense Department, because he needs a waiver, as he was in active duty to recently, to the starting point of his position under federal law. So he needs a waiver from that federal law, which may require some Republican support because there are Democrats who have said they’re uncomfortable with giving the waiver, given the tradition of civilian control of the Defense Department. So that will be an interesting two-vote process, including the House on that waiver, because that’s a piece of legislation that we’ll be looking to in the coming weeks.

Tom Temin: We’re speaking with Loren Duggan, editorial director of Bloomberg Government. And I was gonna say, you know, in with respect to another possible confirmation, I think that Republican votes will go for Merrick Garland at the Justice Department, because I think the opposition to him when he was nominated for Supreme Court wasn’t even ideological. But it was simply a political move at the time when there was that control available, or the potential control available to Republicans hoping that they would have the presidency next.

Loren Duggan: Yeah, I think Merrick Garland’s Supreme Court nomination was less about him and more about as you say, the dynamics of the seat that had come open, the fact that we were in an election year and the desire and ability of Mitch McConnell to control what happened there to wait until the next administration and get a pick that was more to his liking. So I think Merrick Garland is a respected jurist and obviously here he’s moving into a very different role running a government department. But you could see someone like him getting support from both sides of the aisle for sure.

Tom Temin: Yeah, almost a “Revenge of the Nerds” moment, if you will, even though it’s not the Court but it’s still a lot of influence on the way law works in the United States. So what else can we look forward to? I mean, the Senate has to sort out all of its chairmanships, or is that pretty much a fait accompli based on ranking memberships prior to the session?

Loren Duggan: A lot of those will just flip where the the Democrat who’s been the ranking member will become the chairman. There’s going to be some other changes. Dianne Feinstein had said last year that she won’t do it and that allowed Dick Durbin, the majority whip who will now be the majority whip to also slide in to that role. It’ll be interesting to see how the committees work. With the 50/50 Senate in 2001, there was an equal split in seats and staffing and budgets, and we’ll be looking to see what sort of arrangements they make there to keep those committees going. In some committees, there’s a lot of bipartisan work already, such as the Senate Armed Services Committee, where you could see there being a pretty quick transition there. Obviously, the agendas of some of the panels will be very different. But I mean, hanging over all of this is that 50/50 control means you have to keep everyone on side. So when it comes to votes on bills in committee or on the floor, there’s going to be a lot of, you know, careful negotiating, careful construction of legislation, and then always hanging over this is the 60-vote majority that will require you to get some Republicans on board to move major things. So you know, 50/50 means you have control but control isn’t always easy in the Senate.

Tom Temin: Sure. And so there’s the starry eyed, idealistic view that perhaps knowing that it is 50/50. And so many of the votes were almost 50-50 votes to put those people in the Senate, that there will be some sensitivity on the part of each side to the other side’s views.

Loren Duggan: Absolutely. And some would argue that’s what the Senate’s there for. I mean, the 60-vote threshold for many people is viewed as a way with – you have to come to consensus before you move things. There are some, obviously some provisions out there that allow simple majority votes, whether it’s budget reconciliation, which is actively under consideration now, using the Congressional Review Act to kill regulations. Those are things you can do unilaterally with your majority, but the big sweeping legislation that the president might want and that Democrats might want will require some Republican cooperation otherwise, it’s just not gonna move.

Tom Temin: Well, it’s gonna be fun. Loren Duggan is editorial director of Bloomberg Government. Thanks so much.

Tom Temin: We’ll post this interview at FederalNewsNetwork.com/FederalDrive. Tomorrow, Homeland Security Committee Chairman Bennie Thompson, on the DHS implications of the Capitol breach. Subscribe to the Federal Drive at Apple podcasts or Podcastone. 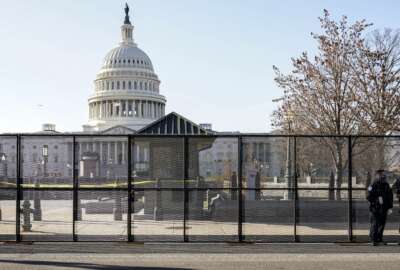 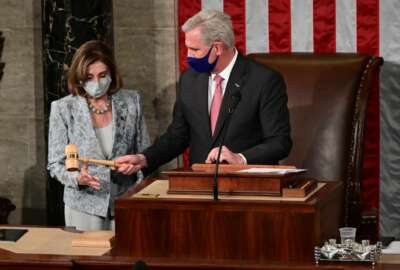 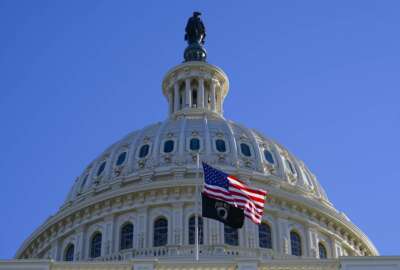