Congress hints, Postal Service reform might be a real possibility this year

Even as it debates a trillion here and a trillion there, Congress hasn’t overlooked some of the close-to-home issues like federal pay. They’re back in town and fully engaged and for what to look for in the week ahead,  Federal Drive with Tom Temin turned to Bloomberg Government Congress reporter Jack Fitzpatrick.

Tom Temin: And let’s talk about the issue of, kind of small thing for the world but a big thing for federal employees and that discussion on locality pay, raising the pay of hourly federal workers, the lower level people that are sensitive to locality pay and hourly rates.

Jack Fitzpatrick: Yeah, so there is another bill that is introduced. This is similar to a bill that’s been introduced in previous years. It’s basically led by Bob Casey in the Senate from Pennsylvania and Matt Cartwright, also from Pennsylvania, in the House, both Democrats. It’s got Democratic co-sponsors, but not Republicans. So that’s a warning there. But this would seek to address the fact that there are different systems of payments and that leads to different systems of pay increases for federal employees, based on whether they’re salaried or hourly. This basically would seek to do right, especially by the hourly employees and require that all employees in a certain local area get the same kind of pay adjustment so that there’s not this increasing gap between salaried and hourly workers, I believe this is of particular importance to at least some members, because they have defense installments in their districts. And that can make this particularly relevant. So it’s not entirely clear what the path forward is for this bill, especially because right now, the co-sponsors are Democrats. But this is an issue that they’ve raised in the past and probably good for them this year, now that Democrats have the House, Senate and the White House.

Tom Temin: It’s sort of a combination of a good government issue, if you want to correct little inequities that happened in the system as complicated as federal employment.

Jack Fitzpatrick: Yeah, I mean, there are a lot of different ways in which Democrats have come in in a majority and sought to improve pay or benefits for federal employees. This will be an interesting one. I mentioned that this is particularly relevant, I believe, to some members who have military bases or something like that in their district, because for this kind of legislation, as you mentioned, that as they get to the small stuff, the question always is do you attach it to something bigger? And going forward, I will be curious to see if they make this part of the broader discussion on a defense authorization bill or something like that. It’s always an uphill battle for a seemingly small piece of legislation to become law on its own. So I think one of the next big questions going forward on this kind of thing is, is there a legislative vehicle? Does it get pulled into broader discussions, and maybe the NDAA is the path for that,

Tom Temin: I call those the big magnets that carry along little iron shavings with them. And by the way, no real action on the shape of the NDAA for 2022 at this point, is there?

Jack Fitzpatrick: Not lately, that’s something where a lot of the regular stuff has been pushed back with all the focus on versus stimulus and then infrastructure, and then whatever you want to call the American families plan. We’re still kind of transitioning in Congress, from the big Biden legislative agenda to the things that have to happen on a regular basis. So NDAA and government funding, which are two big legislative vehicles for other things that you might want to tack on to them, might be on a little bit of a delayed schedule. It does sound like they’re, they’re going to try to get moving on that we haven’t seen a lot of action so far.

Tom Temin: And of course, the federal government in many, many agencies – five, six, seven, eight, nine agencies and thousands of people in those agencies – got a huge homework assignment from the Biden administration, in that executive order on cybersecurity that came out earlier this week. I counted – well I actually pasted the whole thing into Word and found out that was 8,080 words long, this executive order, in case anyone was wondering? I guess that includes the parentheses, see parentheses types of things, too but regardless, and the reaction on the Hill to that?

Jack Fitzpatrick: There’s a broad reaction on the Hill, obviously, to the Colonial Pipeline hacking and the need for Congress to step in and do something. A lot of the response to Biden’s individual actions on this had been pretty politicized. You know, the political conversation around a gas shortage, combined with some recent concerns about inflation, have led Republicans to start with the Jimmy Carter comparisons but beyond the politics of it, there have been some responses from lawmakers on a bipartisan basis, saying energy sector cybersecurity is not really something that the president can just do on his own. This is something that for the long term at least needs to be legislated upon. There are a couple of bills out there, that have had some bipartisan work on them things that, for example, would make cybersecurity more of a core function of the Department of Energy. One other example that lawmakers have brought up is more training to electric utilities. I haven’t heard much of a response to this colonial pipeline with huge mandates. You know, there’s concern over their decision to pay that $5 million ransom to the hacking group. I haven’t heard a bunch of people step up and say, let’s ban companies from doing this or that. But there there is a lot of interest on the Hill for the long term in things like improving communication between the federal government, maybe some requirements, more on reporting these kinds of things. But again, the question is, how do you pass that? Do attach it to something larger, because this could get bumped aside when they’re working on bigger things like infrastructure.

Tom Temin: We’re speaking with Jack Fitzpatrick, he’s a Congress reporter for Bloomberg Government. And one committee voted, I guess, in favor of a postal reform legislation piece that could maybe have traction for Congress as a whole. And what have you seen there?

Jack Fitzpatrick: This is an issue for years that has had bipartisan interest. But the question is, if lawmakers are going to eliminate this requirement for the Postal Service to pre fund their health care requirements, to the extent that they have been since the Bush administration, when the last time a big bill on this was passed, then what else is going to happen to shore up the finances? The fiscal conservatives who have worked on this, have said they’re open to eliminating this pre-funding requirement, which goes above and beyond what a lot of other organizations would do, but only if there are some other issues there to make sure they’re in the clear financially. And so Republicans who liked the 10-year plan that Louis DeJoy brought out, I think were nudged along to work on this bill that would eliminate that requirement and redo some of the – how the health care requirements are set up for the Postal Service. And now it does have bipartisan support, at least in the House. We’ll see if that transfers over to the Senate. I know there were some complaints from one of the federal employees unions about potentially raising premiums for other federal workers. But that is something that Carolyn Maloney, the chair of this House committee, has said it might be addressed through just a technical amendment. So there may be a little more work to do. But it’s a promising thing to see significant bipartisan support for this.

Tom Temin: And we should mention, too, there’s thinking about the debt ceiling is coming soon. And it’s always this incremental raise of the debt ceiling to what they have. Any thought of maybe just going to a quadrillion, and then they’ll be good for the next 10 or 12 years?

Jack Fitzpatrick: Yeah, I’m sure there are lawmakers who would love that idea – or just eliminating the debt ceiling. I think the funniest quote I hear on this, from a Democrat, Sheldon Whitehouse describes the debt ceiling as a bear trap in your bedroom. The best case scenario is you just don’t get caught by it. But you know, if you ask fiscal conservatives about this, they do see this as a point of leverage to say if we’re going to increase the debt ceiling, what are we going to do to reduce the debt or at least reduce the deficit? So keep in mind, Senate Republicans actually changed their conference rules which are not binding, but it is sort of a political statement, saying that any measure to increase or suspend the debt ceiling should be accompanied by a measure that would offset that increase. So spending cuts or something like that. That probably is a signal that Republicans are not going to go along with a clean debt ceiling increase. So the question is, what exactly do they want to attach to it? And where do moderate Democrats stand? You can increase the debt ceiling through budget reconciliation, which would allow you to do it in a partisan way through the Senate. But with the narrow majorities that Democrats have, where exactly does Joe Manchin come down? Where do the blue dog Democrats in the House come down on this? Do they want any spending cuts or limitations there? That’s going to be the next big question. They’ll have a couple months to figure this out. It’s a strange deadline, because it is technically is Aug. 1, but then they can bump it back. So at some point late summer or fall, they’ll have to figure that out.

Tom Temin: Yeah, so if there’s a spending cut with it, he could call it son of sequestration.

Jack Fitzpatrick: Well, yeah, I know there are some lawmakers who don’t know what to do with themselves now that the sequestration risk is gone from the budget caps that existed for a decade that actually forced Congress to have bipartisan conversations on how much to spend. No one seems to know right now how they’re going to have those conversations with the Budget Control Act caps gone. But at least, you know, if you’re a fiscally conservative Republican questioning, what are we going to do on a fiscal stance with Biden in charge, your point of leverage is probably the debt limit. Which is why this is going to be a really interesting conversation, potentially contentious conversation, sometime as we get closer to August.

Tom Temin: Jack Fitzpatrick is Congress reporter for Bloomberg Government. Thanks so much. 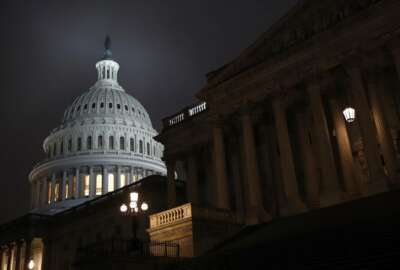 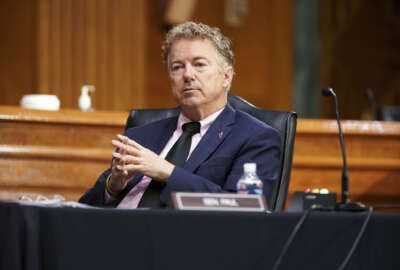 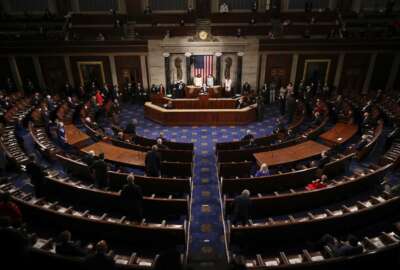