The 8(a) STARS II governmentwide acquisition contract is back and open for new business.

The General Services Administration is raising the ceiling of the popular IT services contract by $7 billion to $22 billion.

“The 8(a) STARS II GWAC has exceeded all of our expectations,” said Laura Stanton, GSA’s acting assistant commissioner in the Office of Information Technology Category in the Federal Acquisition Service, in a statement. “We’ve raised the contract’s ceiling more than once to accommodate demand. As we move into this contract’s fourth generation we can say for certain that this program is a huge success. A significant number of prior 8(a) STARS program participants have grown their businesses so much that we now see them thriving with the big companies on GSA’s Alliant 2 GWAC.”

The ability to raise contract’s ceiling is a big deal for the 787 companies on the contract. GSA announced in April that the popular small business contract would hit its $15 billion ceiling nearly 16 months before the contract’s sunset date of Aug. 30, 2021. This means agencies could only use 8(a) STARS II if they already had a control number for task orders that were expected to be awarded in fiscal 2020.

John Shoraka, a former associate administrator of government contracting and business development at SBA and now co-founder and managing director of GovContractPros, said GSA really had no choice but to raise the contract ceiling.

“It will be quite some time before agencies will be able to order off of STARS III, the solicitation for that vehicle has yet to be released. This increase in the ceiling is timely, as 8(a) firms depend on the utilization of STARS II during the last quarter of the year (i.e. the buying season for the federal government),” he said. “Furthermore, 8(a) graduates, those who have the STARS II vehicle, but who have since graduated from the 8(a) program, depend on task orders issued through STARS II as a way of managing a successful graduation from the 8(a) program. 8(a) firms carefully manage and plan for their graduation, and 8(a) STARS II has been part of that plan. The inability to issue new orders or additional funding under STARS II would have been detrimental to 8(a) graduates.”

Samar Ghadry, the executive vice president and co-founder of Powertek, which is part of Small Business Administration approved mentor/protégé joint venture with Alesig called 3Vesta under 8(a) STARS II, said the increased ceiling is great news.

“We lost several opportunities because of the previous ceiling,” Ghadry said in an email to Federal News Network. “Recently, two of our programs were greatly impacted as the customers were going to have to use a different contract vehicle. We can now notify our customers that GSA STARS II is open for business again.”

The increase in the ceiling of the 8(a) STARS II comes as GSA is preparing to release the final solicitation for the follow-on contract.

The agency issued a pre-solicitation notice late last week, telling industry that STARS III will have a $50 billion ceiling and it will release the final request for proposals in the next two weeks.

GSA says the final RFP is “significantly different” than the draft it released in August. The final solicitation will require bidders to have at least two projects worth more than $100,000 of relevant experience and submit a supply chain risk management assessment.

In the pre-solicitation notice, GSA says it will hold a pre-proposal conference after it releases the final RFP.

“By raising the 8(a) STARS II ceiling, GSA continues to ensure that we meet the needs of our federal agency customers,” GSA Administrator Emily Murphy said in a statement. “As agency demand for IT products and services has increased during the COVID-19 pandemic, GSA is proud that STARS II will remain available to help agencies deliver world class IT services.” 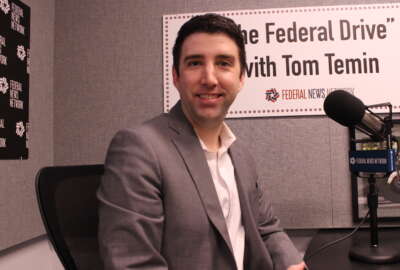 An update on the current contracting landscape