This year was packed full of news about the Defense Department and the military. Everything from marijuana on the stock market to the Pentagon’s efforts in space were big news in 2019.

Federal News Network is rounding up some of the most poignant issues of the year and looking ahead to what will matter for the military...

This year was packed full of news about the Defense Department and the military. Everything from marijuana on the stock market to the Pentagon’s efforts in space were big news in 2019.

Federal News Network is rounding up some of the most poignant issues of the year and looking ahead to what will matter for the military in 2020.

In a year where another Star Wars movie made it to the big screen, it’s only apt that DoD finally awarded its long-awaited JEDI contract.

The controversial $10 billion contract went to Microsoft to the surprise of pretty much everyone.

The contract will deliver a generalized cloud capable of holding unclassified, secret and top secret information.

DoD is moving ahead with the contract. DoD wants to set up the unclassified side of JEDI by mid-February next year. The six months after that will be focused on setting up the secret capability for the cloud and then DoD will turn to top secret.

The Pentagon is also using 14 entities as pathfinders for the contract. Those include U.S. Transportation Command and the Joint Artificial Intelligence Center.

“These early adopters have unique missions that are more than just using JEDI for base compute, raw storage capacity, and want to do real unique platform-for-service opportunities on top of that,” DoD Chief Information Officer Dana Deasy said earlier this month.  “The variety of the early adopters allows us to test various principles on JEDI from the tactical edge all the way to the top secret needing to use the cross domain.”

Of course, as with Star Wars, the saga never truly ends.

Amazon was the perceived favorite child for the JEDI contract. It’s filing a protest against the award.

In the protest AWS painted its own proposal for the up-to $10 billion cloud contract as the obvious choice on a purely technical basis. But as the procurement neared its final days, it said DoD source selection officials committed a series of errors that are impossible to understand without considering President Donald Trump’s personal intervention in the decisionmaking process.

“DoD applied an unstated evaluation criteria to its review of AWS’s proposal — the unstated criteria that, per President Trump’s directive, AWS not be awarded the JEDI Contract,” Amazon attorneys wrote in the complaint to the Court of Federal Claims. “Under escalating and overt pressure from President Trump, DoD departed from the rules of procurement and complied — consciously or subconsciously — with its Commander in Chief’s expressed desire to reject AWS’s superior bid.”

Next year will see the first implementations of JEDI, and what will happen with the Amazon protest.

You knew it was coming. Everyone, from late-night TV hosts to policy analysts, is talking about the newest branch of the military.

What started as a small provision in the 2018 defense authorization act finally turned into a full-fledged Space Force this past week.

While the service is officially stood up, there’s still a lot of work to be done.

The service recognizes space as a warfighting domain, and thousands of decisions need to be made to make it a reality.

The service will take over assets from the other military branches and from DoD.

It also needs to decide its basic functions of manning training and equipping its service members since about 16,000 airmen and civilians will move into the force.

As of last week, Space Force absorbed U.S. Air Force Space Command. Additionally, a handful of bases will be transferred to the Space Force over the next year and a half.

There’s also the question of designing uniforms. The next year will be critical for the formation of the newest service.

This issue was a fuzzy one in 2019. As marijuana stocks started climbing quickly on the market, investors were excited to jump on the bandwagon and make a quick buck. DoD caught wind of ploy, and sent a warning out to those with a security clearance.

DoD Consolidated Adjudications Facility sent out an email with its legal position, stating it treats “investments in marijuana-related companies as ‘involvement,’ which is prohibited. Even in cases where the subject him/herself isn’t directly choosing the stocks, he or she has the responsibility to stay informed and avoid violating the federal law.”

The email goes on to say that “stock ownership must be reported and the DoDCAF will determine if the ‘involvement raises questions about the individual’s judgement, reliability, trustworthiness and willingness to comply with the laws, rules and regulations, including federal laws.”

“I would advise against knowingly investing,” Carol Thompson, partner at The Federal Practice Group, told Federal News Network in February. “If there is a situation where an investment is made, you don’t know about it, but once you do know about it you take certain steps to eradicate or fix that, then certainly that would be something in your favor.”

However, as cigarette, beverage and other companies are teaming up with marijuana companies, and mutual funds are buying marijuana stock, it’s getting harder to parse out what is a safe buy for security clearance holders.

One thing to look out for in 2020 is to see if DoDCAF clarifies its position to give those with security clearance more guidance on what stocks are safe to own. 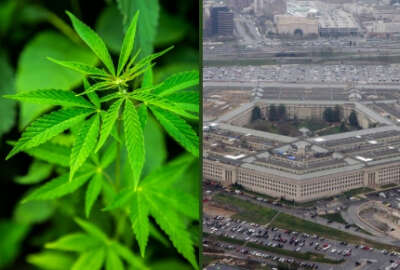