Six years after the 2013 government shutdown, and 14 days ahead of a threat of another one, attorneys have at last determined just how many federal employees are owed damages from a union lawsuit.

Exactly 21,781 federal employees are eligible for damages from a 2013 class-action lawsuit filed on behalf of the American Federation of Government Employees, union and government attorneys working on the case said in a status update filed last week in the U.S....

Six years after the 2013 government shutdown, and 14 days ahead of a threat of another one, attorneys have at last determined just how many federal employees are owed damages from a union lawsuit.

Exactly 21,781 federal employees are eligible for damages from a 2013 class-action lawsuit filed on behalf of the American Federation of Government Employees, union and government attorneys working on the case said in a status update filed last week in the U.S. Court of Federal Claims.

Federal employment attorney Heidi Burakiewicz had filed a class-action lawsuit on behalf of some 25,000 AFGE members who had worked without pay during the 16-day government shutdown back in 2013.

At issue was the Fair Labor Standards Act (FLSA), which Burakiewicz and AFGE said the government had violated by forcing excepted employees to work without pay during the 2013 lapse in appropriations.

This case has been languishing in the U.S. Court of Federal Claims since then. Chief Judge Patricia Campbell-Smith didn’t offer her opinion on the suit until February 2017.

She ruled the impacted plaintiffs should receive liquidated damages: twice their back pay, including overtime.

Agencies, she said at the time, are still obligated to pay employees in accordance with the FLSA, despite provisions in the Anti-Deficiency Act, which essentially prohibit government from spending money it doesn’t have.

Exactly how much in damages these individuals will receive is still to be determined, and the attorneys, with help from a consultant, have spent more than a year debating the methodology that should be used to calculate these damages.

“Although the parties have likely agreed to the methodology for calculating liquidated damages for individuals who did not work overtime between Oct. 1-5, 2013, they are still finalizing the methodology and damages for the approximately 2,617 individuals who worked some measure of overtime during that time,” the status update reads. “Further, the parties are in the process of reaching agreement on how to resolve the issue of the amount of reasonable attorney fees to which plaintiffs may be entitled pursuant to the Fair Labor Standards Act.”

Attorneys have determined another 3,271 individuals who had opted into the 2013 class-action lawsuit aren’t eligible for damages. This includes 2,222 individuals whom agencies confirmed either “were not employees,” were exempt from the FLSA and didn’t meet the definition of a “collective action member,” didn’t work during a specific portion of the 2013 shutdown or were paid on their regularly scheduled pay days.

This number also includes 1,049 people who submitted duplicate claims, according to the attorneys’ update.

In addition, there 187 plaintiffs who attorneys can’t identify.

Government attorneys in two weeks may request dismissal or summary judgment for these unidentifiable plaintiffs, as well as the 2,222 others who are ineligible and 1,049 individuals who submitted duplicate claims, according to the status update.

Attorneys for the plaintiffs intend to object any motion to dismiss.

Another status update detailing the calculation efforts for the 21,781 eligible plaintiffs is due Jan. 8, 2020.

But the attorneys’ latest update is significant, as it’s the first time they’ve been able to detail exactly how many federal employees will receive damages after the 2013 government shutdown.

This process could also serve as a model for other class-action lawsuits filed after recent — and likely future — government shutdowns.

This 2013 lawsuit proceeded a nearly identical one that Burakiewicz and the Kalijarvi, Chuzi, Newman and Fitch law firm filed in late 2018 during the last government shutdown. Burakiewicz filed the suit on behalf of excepted employees with the American Federation of Government Employees.

Like the 2013 suit, plaintiffs in the most recent case seek back pay — including overtime — and liquidated damages for exempted employees forced to work without pay.

The National Treasury Employees Union filed a similar class-action lawsuit back in January, again seeking damages for the excepted employees who were forced to work without pay during the 35-day government shutdown earlier this year.

As of March, 10,000 employees part of NTEU’s bargaining units had opted into their union’s class-action lawsuit. 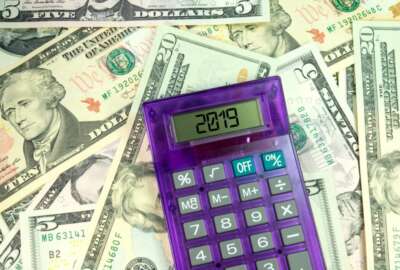 Why 2013 shutdown damage award dollars are taking so long