The Customs and Border Protection is facing a persistent recruitment and retention crisis, despite attempts by the agency and its contractor to both streamline and work around the agency’s laborious, 12-step hiring process.

The Customs and Border Protection is facing a persistent recruitment and retention crisis, despite attempts by the agency and its contractor to both streamline and work around the agency’s laborious, 12-step hiring process.

But Accenture Federal Services, the contractor CBP brought on to help the agency meet the recruitment demands outlined in a 2017 executive order from President Donald Trump, insists CBP is better-positioned now than it was to quickly hire new talent.

What’s more, Accenture adamantly disagreed with a December report from the DHS inspector general, which questioned whether the company had lived up to the expectations outlined in the contract.

“Recent media reports and an IG report have painted an inaccurate and an incomplete picture of our contract performance,” John Goodman, chief executive of Accenture Federal Services, told a House homeland security subcommittee.

As of December 2018, Accenture had roughly 4,000 applicants in the hiring process and 56 people had accepted job offers, for which the company received $2 million. That’s well short, however, of what two separate task orders assigned: 600 new hires in November 2017 and an additional 400 hires in September 2018.

Accenture doesn’t get completely paid — about $40,000 for each new hire — until CBP has hired a candidate and the applicant enters duty. The company absorbs the costs of moving applicants through the hiring process who ultimately don’t take the job, Goodman said.

CBP also paid Accenture $19 million for startup, security and transition costs, as well as the development of a new recruiting system and customer service center.

“What could you have possibly built for $19 million that’s working so well that we still haven’t been able to hire anybody?” Rep. Dina Titus (D-Nev.) said.

“Yes, ma’am,” Goodman said. “It’s the same capability that leading companies are using across America to improve their recruiting process.”

Titus was the only member of the subcommittee who offered a truly biting take on the Accenture contract. Other members expressed some skepticism but seemed more focused on what CBP could do in the future to whittle down its overall time-to-hire and retain employees.

It’s still unclear whether CBP will continue its relationship with Accenture. The agency signed a one-year contract with the company in November 2017 with four one-year options. CBP issued Accenture a partial stop work order back in December.

Still, Goodman insisted Accenture had made a valuable impact on CBP’s recruitment and hiring efforts that will live beyond the end of the contract.

“We made a number of changes that are improving the process [and] are helpful,” he said. “The introduction of a digital recruiting platform that enables us to better target, connect and build a group of applicants is a significant advantage.”

CBP can reuse that system in the future, Goodman said. It also serves as a talent network, where CBP can reach roughly 100,000 potential applicants with information about the agency’s jobs through advertising and marketing materials, which Accenture also created.

In addition, Accenture stood up an applicant care system and established two of its own call centers to answer applicants’ questions throughout the hiring process.

“Our call centers and CBP can maintain contact with applicants throughout this long, 300-day process and keep them ‘warm’ if you will, because that’s a long time to wait to get a job. We built it for our use. CBP has decided to use it now for its purposes with its recruiters starting next month.”

Goodman said these steps would set CBP up for future recruiting success, and he sees early signs of progress already.

Before CBP signed its contract with Accenture, the agency needed to recruit 130 applicants to successfully hire one Border Patrol agent, according to Goodman. Today, that number has been cut in half, he said.

The Government Accountability Office hasn’t yet reviewed whether Accenture’s efforts have played a direct role in improving CBP recruitment and retention. It did describe improvements that CBP itself had made — mostly before it signed the Accenture contract — to shorten the time-to-hire and improve retention outcomes.

For the first time in six years, CBP hired more employees than it lost in 2017. Hiring went up 95 percent at the U.S. Border Patrol and 39 percent at CBP’s Office of Field Operations between 2017-2018, GAO said.

The agency is targeting specific groups of people, such as criminal justice majors on college campuses and veterans, to apply for CBP positions, Benjamine Huffman, acting executive assistant commissioner for enterprise services at CBP, told the subcommittee.

CBP has strengthened its retention efforts through, for example, the use of relocation opportunities and financial incentives. CBP’s annual attrition rates for CBP officers and Border Patrol agents have generally been lower than other those rates at other law enforcement agencies, such as U.S. Immigration and Customs Enforcement and the Bureau of Prisons, GAO said.

The National Treasury Employees Union, which represents 27,000 CBP officers, agriculture specialists and trade enforcement personnel, sees an opportunity for CBP to borrow ideas from the military. Military services, for example, are constantly seeking ways to attract new candidates to remote locations by finding work for their spouses and opportunities for their families, said Tony Reardon, NTEU’s national president.

Border Patrol started a new program last year, which allows their agents to move to other locations throughout their career. Entry-level agents may begin their careers in a rural area but will have an opportunity to choose where they want to work as they earn seniority, Huffman said. 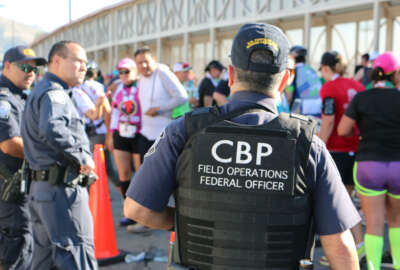 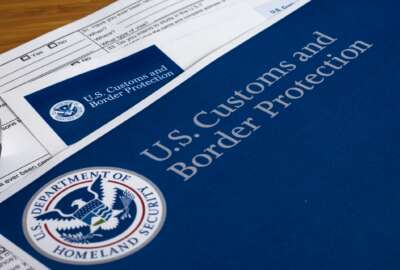 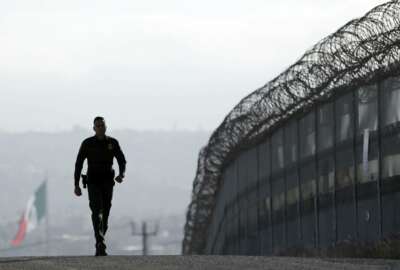