IG for tax administration: don’t be a victim

In light of the 2014 tax filing extension deadline, the Treasury Inspector General for Tax Administration issued a warning against a telephone scam that has robbed $23 million out of taxpayer pockets.

In a press release issued Oct. 15, just hours before the 11:59 p.m. filing deadline, J. Russell George, the Treasury inspector general for tax administration, urged people to “not become a victim” of scammers who make threatening phone calls demanding a person settle up on outstanding taxes.

“This scam has proven to be the largest of its kind that we have ever seen,” George said. “The callers are aggressive, they are relentless and they are ruthless. Once they have your attention, they will say anything to con you out of your hard-earned cash.”

According to the press release, since October 2013 TIGTA has received roughly 736,000 reports of contact and learned about 4,550 victims who have been scammed by the callers.

Victims are called by someone claiming to be from the IRS, demanding they pay unpaid taxes, or risk arrest or even deportation.

The IRS does contact people who are behind on paying their taxes, but it does not call people.

The IRS contacts people by mail, and the agency will not ask for a payment using a prepaid debit card or wire transfer, nor will it ask for a credit card number over the phone.

George said progress has been made in investigating the scam — a Pennsylvania man linked to the scam was sentenced this summer to 14 years behind bars — but he said the issue was “still a matter of high investigative priority.”

The press release listed that the callers often:

For those who receive a scam call or phishing email, the press release directs them to: 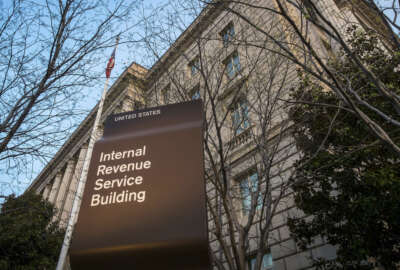 IG for tax administration: don’t be a victim

How to avoid tax scams