The Internal Revenue Service spends millions of dollars to protect its networks and taxpayer information, but if President-elect Donald Trump’s pledge to “drain the swamp” reaches the agency’s front door, it’s the 2017 tax filing season that will feel the effects.

IRS Commissioner John Koskinen said during a Jan. 5 press call with reporters, that a hiring freeze would impact the filing season, which opens Jan. 23 for electronically filed returns.

“A hiring freeze would affect the filing season because it would interfere with our ongoing ability to hire temporary and seasonal employees,” Koskinen said. “But we’ve discussed that with the transition team and I think they understand that that would be an unintended consequence of a governmentwide hiring freeze.”

Koskinen said there have been “very positive discussions” with the Trump transition team, and this week the team came back to talk with specific operating divisions.

Koskinen said there had been no discussion as to whether or not Trump will select a replacement commissioner before his term ends in November.

“They’ve been very straightforward, very factual, very — I think — productive discussions in which there’s been no indication that anybody has any axes to grind or specific focuses other than trying to determine how the IRS operates across the sweep of its activities and what it takes to keep it operating successfully,” Koskinen said. “In some ways, we’re an easier transition than some areas, because we don’t do tax policy, we are actually tax administration.”

The tax administration agency is prepared for its busy season, Koskinen said, despite the increasing threats of cyber attacks at the federal, state and local levels, and even into individual tax preparer offices.

Koskinen said those efforts to protect taxpayer information are already in place, and he spoke generally about them to avoid giving “too much of a roadmap to the criminals we’re doing battle with.”

“What we have seen and continue to see, not just since November but as a general manner, criminals are well funded, and very creative and very capable,” Koskinen said. “So we are finding there are probes being made in different parts of the system, in unique or new ways and we have an entire system designed to anticipate to the extent we can, where the next attacks will come. We’re sharing any of that information with our summit partners.”

Koskinen organized and convened the agency’s Security Summit for the first time in March 2015. It’s made up of federal and state tax administrators, as well as industry leaders. It has seven working committees.

“We have to be on our guard and never assume we’re done, that we will get more creative attempts to hack into the systems, either of ourselves, the states, preparers themselves,” Koskinen said. “That’s where the private sector and accountants come in. If people can’t get into our systems, if they can’t get into the state systems, the next logical place they’re going and we’ve seen evidence of that, is into the preparers’ systems.”

In November IRS announced a series of efforts to reduce identity theft and tax fraud, including the opening of an Identity Theft Tax Refund Fraud Information Sharing and Analysis Center (ISAC), expanding the  W-2 form verification code initiative from 2 million forms to 50 million forms, and the introduction of new data elements —pieces of digital information from a tax return.

John Ams, executive vice president at National Society of Accountants, said his members were getting used to new software programs that have some of those new data elements.

“The software will operate in the background to make sure their system is secure,” Ams said, adding another new feature will be that the system will log out the user after a 30-minute idle period, to help protect client information.

Congress passed a continuing resolution in early December, funding the government to until April, and Koskinen said both congressional appropriations committees made it clear that the $290 million given to IRS in 2016 continues into this year, allowing the agency to hire extra seasonal and temporary employees to help man the phones during the filing season.

“We’re assuming and planning on running in effect the same hiring process. “We expect that the activities during filing will be the same,” Koskinen said. “Obviously we had high hopes that we would be able to increase the amount of money we got for tax payer service, identify theft and cyber security because $290 million was less than half of what we had asked for 2016. So we still have gaps in our ability to provide work in all those areas, so we’re still hoping that there will be an opening to be able to add to that amount.”

But that’s something to worry about, according to National Treasury Employees Union National President Tony Reardon.

Reardon said in an earlier interview with Federal News Radio about the organization’s priorities, that the tax system is threatened because the IRS doesn’t have the resources – both human and other – it needs to deal with the tax season. 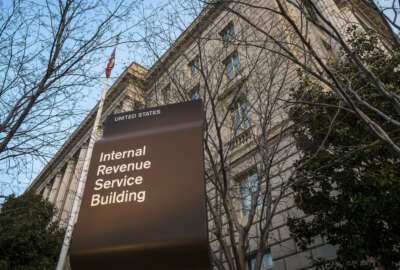