The decluttering of the federal bureaucracy starts now

This is part 2 of a two-part interview with Linda Springer, a senior adviser at the Office of Management and Budget. In part 1, Springer discussed what went into the development of the reorg memo.

If the Trump administration’s goal of reorganizing the federal government was just to cut the number of employees, it could take out the proverbial hatchet and demand a specific percentage reduction across the board.

Instead, administration officials say federal employees have an opportunity maybe like none before to change how the government operates.

Linda Springer, a senior adviser at the Office of Management and Budget, said the real objective of the Trump administration’s reshaping effort is about decluttering the federal “bureaucracy” and using an assortment of tools, such as shared services or consolidation, to change the way the government works.

“Many of them [federal employees] have told me over the years that ‘I don’t like being called a bureaucrat. I don’t like being labeled in some way when I’m so handcuffed by so many layers of management or inefficient processes or all kinds of other structure that gets in the way of me doing my job,’” Springer said in an exclusive interview with Federal News Radio. “The very best and most effective performers, I hope, will see this as an opportunity, maybe a once-in-a-career opportunity, to make known to their agency, ‘If we could just get rid of these things, then I could do a much better job and it would be much more satisfying.’ I hope that the positive side of this will be viewed as much as what in some peoples’ minds what will be a challenge.”

Springer said she is quite aware of the fact that many federal employees and their representatives see this reorganization effort as just a way to reduce the number of federal workers.

But she emphasized that if the Trump administration just wanted to reduce federal workers, they would follow the lead of several attempts by lawmakers to mandate an across-the-board reduction in employees.

“Why go through all of this evaluation if all you are interested in is cutting? So that’s not the objective. The objective is to have the very best performers, the very best workforce and the best incentives in management to align with the programs of the future,” Springer said. “Obviously, if a program is one that doesn’t continue in the future and there are people attached with that, that has ramifications and you are, obviously, looking at options for those people. Maybe it means doing something else at that agency. Maybe it means doing something somewhere else at another agency. Maybe it means extending VERA/VISP options, and that’s why in other parts of the guidance, we make reference to those various types of tools and flexibilities. We are not trying to sugarcoat this, because the reality is there are some things we will do more of and some things we will do less of.”

She said agencies through their budget requests will demonstrate the implementation of their restructuring plans.

Another important point Springer emphasized is the long-term nature of the reshaping effort. She said OMB is looking for changes that will evolve over time to allow for an orderly shift to the future state from the current state.

The federal employees unions, including the American Federation of Government Employees and the National Treasury Employees Union, have offered mixed reviews of the administration’s plans.

AFGE President J. David Cox said reducing the number of managers to workers is a good idea, but warned against using straight attrition as a way to cut the number of federal workers.

“Federal agencies must be permitted to make decisions about sourcing and hiring that promote the most efficient means of carrying out their mission as dictated by law and policy,” Cox said. “That means having the ability to replace staff as they retire or leave federal employment for other reasons. The idea that all or most federal jobs are somehow unnecessary or redundant, or should be producing a profit for politically well-connected contractors has no place in any serious plan for government efficiency.”

NTEU’s President Tony Reardon said if the administration wants agencies to be more efficient and effective, then they should ensure agencies have the funding and staffing they need to meet mission requirements.

“Sequestration has forced years of budget cuts onto the backs of federal agencies, decimating workforces, driving talented people out of government and placing increasingly impossible workloads on the backs of dedicated employees struggling to get it all done,” Reardon said. “Budget cuts need to be reversed.”

Springer said OMB will set up follow-on meetings with employee representatives and other stakeholders to get their thoughts and exchange ideas on the reorganization plans.

“I know there have been surveys and other things and I can’t say I know exactly, precisely how people feel one way or another, and I think there will be a range, but a lot of these feelings will come from the execution of these plans,” she said. “How well agencies make an opportunity for people to share their ideas throughout the organization that something is being done collectively as opposed to people. We’ve given agencies a lot of freedom in how they execute this so we hope that they will take that to heart and do it with the right spirit.”

OMB hopes the breadth of the reorganization memo and the knowledge of the career federal employees opens the door to major changes.

“I think it’s an opportunity for the career staff to not be buried under the political leadership. If this is done right, we will get the insights of people who have been here for many years, who have insights that a newcomer would take a long time to get, if ever,” she said. “So as much as there is a shortcoming and you would like to have compliment of the leadership, in a back-handed way it possibly allows us to get to the knowledge base of the people who have been here for years and years.”

The wild card in this effort is Congress. Over the years, many administrations have seen restructuring or consolidation efforts stall out because lawmakers weren’t on board. President Barack Obama asked for reorganization authority in 2012, only for Congress not to act on his request.

The Government Accountability Office will release its annual report on program duplication in the coming weeks. In the 2016 version, GAO identified 92 actions to address duplication, overlap and fragmentation.

Springer said the Trump administration recognizes the importance of bringing in lawmakers early in the discussion process.

“We are at the beginning of that process, obviously,” she said. “It’s a two-way conversation. We are soliciting ideas as well as sharing how we are making progress. As soon as the guidance was released, we heard from members that they did endorse this effort so we already have good awareness. But we are just at the starting point for that.”

Springer said OMB hopes to earn some quick wins by addressing some of the cross-cutting agency programs, specifically ones that are operationally driven versus policy driven.

“We hope that we can maintain the enthusiasm so when we get to the very hard work of identifying some things that maybe some people do feel strongly about or are vested in, they will take an objective eye toward it and really view it from the standpoint of is this really in the country’s best interest, is this really central to the agency’s mission or has this come in because someone thought it was a nice thing to do, or a nice to have, maybe even a should do, but if it’s not a must do then we really have to keep that objectivity about it and have a clear-eye perspective,” she said. “The second thing is I hope we don’t fall back on the limiter or speed bump of saying, ‘This will take legislative action.’ There are many things that can be done by administrative action, or even if they have a legal underpinning, they can be done in a more effective way. Those are two things we will have to manage as we go through this process.” 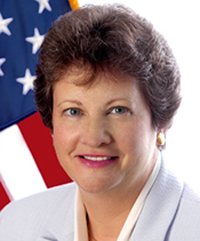 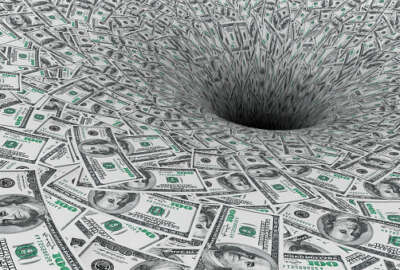