DATA Act neither a sprint nor marathon, but a ‘relay race’

If you want a sneak peak at federal agencies’ reorganization plans, your best bet might be the DATA Act.

Reform plans are due June 30, and agencies are also on the hook for plans on how they will maximize employee performance, but the government’s adoption of the Digital Accountability and Transparency Act is a great example of how agencies are diving into their components to get a sense of where management could improve, said Mark Reger, deputy controller at the Office of Management and Budget.

“I think that the DATA Act is a precursor to things to come,” Reger said during the June 29 DATA Act Summit 2017 in Washington. “I think it’s a precursor because it’s a demonstration that we can start to use data to look across our agencies’ activities and manage better. The one thing that you’re going to hear for the next 8 years is we really have to manage better, we have to become more effective and efficient. We  have tons of technology that industry uses that we need to figure out how to adopt, and we need to figure out how to use that more and better.”

Reger encouraged the audience, which included agency employees, to use the DATA Act as an example for looking across all the various department silos.

“If you think about the organizations you work in, how siloed is your organization,” Reger asked. “How siloed is the accounting shop from the procurement shop? How siloed is HR from other admin shops. We really need to break down those silos if we’re going to become more effective, and the DATA Act was the first time that we found a way to carry a piece of data across those communities that will really help us.”

The Treasury Department on May 9 rolled out the beta version of USASpending.gov. The site is in the prototype phase and in September, Treasury will move it to the current USASpending website. In the meantime, agencies are adding standardized spending data to the site.

Modernizing IT, shifting a culture

In May, Margie Graves, acting federal chief information officer, said the DATA Act is helping her office justify IT modernization.

Graves said the White House in July is sponsoring an event where private sector companies will share their best practices for incorporating IT costs at a “granular” level in value propositions.

“You have to be able to develop that cogent business case,” Graves said. “You have to understand your baseline, you have to know where your numbers are, what your financial position is going in, as well as the ability to measure it as you progress through the actual proposals, and the things that we’re going to end up funding, to determine whether you’re constantly achieving the outcome you set out to achieve.”

Becky Sweger, a data and software engineer at 18F who is on assignment as the senior technical lead for the Treasury’s DATA Act team, said implementing the DATA Act was as much an IT modernization project itself, as it was a culture shift.

“This team in 3 years implemented a federal-wide project that was very, very challenging from both a political and technical perspective. They got it done on time and under budget; that’s some pretty good IT modernization right there,” Sweger said. “I attribute the success of that to a decision that the leadership of the team made many years ago, which was to take a user-centered approach to this implementation.”

That user-centered approach is easier said than done, Sweger said. It means you’re committed to working with the people who you’re building a product for, and you’re invested in research and working in a transparent and agile environment.

“From a cultural perspective, it’s very important to build a team that’s willing to work that way,” Sweger said. “Your team has to be willing to handle a little bit of ambiguity and to pivot as necessary, and the team also has to go out and create a lot of trust in the folks that you’re building with, people who don’t want to share their data with you necessarily at first.”

Treasury was able to do that with the DATA Act, Sweger said, adding she hoped the way the law was implemented “can be a beacon for how a project can get done, because the technology must follow.”

Matt Lira, special assistant to the president for innovation policy and initiatives, under the White House’s Office of American Innovation, said he also hoped to see the DATA Act project model continue throughout government.

“Which is to say taking some really capable talent from the vendor community, taking some incredible civil servants at an agency, combined with the transformation team that specializes in technical knowledge, project management and agile design; and making a project happen,” Lira said.

The DATA Act is about doing the work you can, when you have the ability to do so, and doing it in such a way that when the time comes to pass the baton, Lira said, there are good people to take the lead.

“A lot of people ask me if it was a sprint or a marathon,” Lira said. “What I’ve found is it’s actually a relay race.” 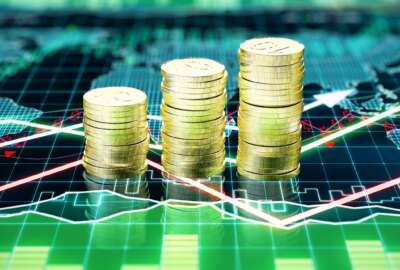 Average pay for security clearance jobs down slightly since 2014