For the Department of Housing and Urban Development, the effort to restructure itself is not an exercise in workforce reduction.

HUD political appointees say they understand the real impact on morale moving senior executives or offering buyouts could have on the agency.

David Eagles, the chief operating officer of HUD, said the department has spent a lot of time trying to mitigate any concerns around the current or upcoming personnel and process changes.

For the Department of Housing and Urban Development, the effort to restructure itself is not an exercise in workforce reduction.

HUD political appointees say they understand the real impact on morale moving senior executives or offering buyouts could have on the agency.

David Eagles, the chief operating officer of HUD, said the department has spent a lot of time trying to mitigate any concerns around the current or upcoming personnel and process changes.

“We have been committed to a highly engaged process. What I’m really proud of at HUD is this has really been an employee-up plan. We’ve gotten a lot of feedback from all levels of HUD, and that includes the field, headquarters, frontline and senior leadership, hundreds of recommendations and we’ve distilled those into some good ideas,” Eagles said, in an exclusive interview with Federal News Radio. “What I’m excited about is people understand that we’ve got to be very focused on, and this is a governmentwide issue, on empowering people to be successful who for years and for decades and decades have had new rules and regulations and new ideas just pile on top of federal agencies and every year it gets more hamstrung to be able to do what you need to do to be effective.”

Eagles said HUD’s leadership has reached out to employees through emails, online surveys and meet-and-greets over the last few months. He said the goal was two-fold: first, to hear from employees about what could be changed over the short and long term, such as new lighting in offices or a new coat of paint to brighten the walls; second, to develop the agency’s plan to restructure, reform and reorganize as required by President Donald Trump.

Eagles said he expects the Office of Management and Budget to approve HUD’s reorganization plan by mid-September. He said because the plan still was considered pre-decisional, he couldn’t talk much about it.

“No idea was too big or too small and we’ve received hundreds of ideas from that process,” Eagles said. “There are three levels that you have to be focused on: The frontline, which is clearly the most important and we’ve engaged them through those forums and conversations. At the second level is what I’ll call the middle management layer. These are the couple of hundred folks that drive morale. They are  probably responsible for 80 percent of the morale. They get a lot the work done and are very important for us as well.”

Eagles said the third bucket is senior leadership that can unify a host of White House initiatives such as the executive order to reduce regulations, the fiscal 2018 budget request and performance management.

Eagles readily admitted many ideas coming from employees and from senior leadership aren’t new or different. He said the biggest change is the fact this restructuring effort is happening at the beginning of an administration versus toward the end.

He said HUD will develop a 12-to-18 month plan with specific metrics that employees, citizens, government auditors and lawmakers can track on a public dashboard, and then reassess progress and adjust as appropriate.

Eagles, who ran the Partnership for Public Service’s Center for Presidential Transition before coming to HUD, said the agency is committed to breaking the cycle of what happens many times when new political appointees come in: They focus only on addressing a few big policy priorities.

“We are a little bit like the cat that follows the red light around and something could happen at HUD in one week, two weeks or six months and we get distracted and get our eyes off the ball and lose our focus on our plan driven from the top,” he said. ” I think the third reason why a lot of these efforts fail and why government has not been effective as it could be, senior leadership sometimes doesn’t care. What we fail to learn it’s both policy and good management. We have to execute that well.”

Eagles said between 10-and-15 percent of HUD’s SES workforce have been reassigned and he doesn’t believe too many more will be transferred.

As for buy-outs or early retirements, Eagles wouldn’t commit either way, but said anytime a big organization is rethinking and reimagining itself, they have to look at all tools available.

“It’s early. I think these are pre-decisional things. I think we will look toward anything to say this is where we are trying to go and this is a way that will empower us to serve our customer a lot better. In some cases, there are either functions that will need to shift or move, and we want to offer options for folks in a way that says, ‘You can be a part of this or if you are looking for other opportunities out there,’” he said. “It’s important for us that we do it the right way. This is not a reduction in force exercise. This is an exercise to say, ‘This is a direction we are doing and we’d love for you to be a part of it if your skillsets match it makes a lot of sense, if they don’t let’s look at alternatives out there.’ Those types of things like buyouts are not new to government. It’s something we’d look at, but, again, it’s pre-decisional and it’s early. I don’t want to put anything off the table. This is more about aligning people effectively toward our mission.”

The fact that HUD may be moving people and processes around means having a consistent and long-term approach to change management is important.

Eagles said HUD management has heard a lot of concerns from employees.

“Change makes people nervous and skepticism is natural,” he said. “The worst thing you can do in government or in any large organization, particularly early in an administration, is essentially jam new policy priorities in the absence of how we empower people to get it done. What happens is we layer, like a wedding cake, new good intention ideas that ultimately will fail or pop back out of the organization in a year or two. In the absence of change management or thinking about how we enable employees to get it done, the policy ideas will not get done. That is why change management is so important. It’s as important, or more important, than what the ideas are in different ways because it’s the only way to get these things done.”

The agency raised its score by 10 points over the last two years, and Eagles doesn’t want to lose any of that progress.

“Ultimately, if your workforce is not engaged you will not get your policy priorities done,” he said. “The second part is communication, having a very engaged senior leadership. Typically, they will focus on policy areas, focus on what I’ll call the chicken dinner circuit that’s out there, but they will not talk directly to employees and focus on what makes their job better so communication is important at the senior leadership level all the way down to the front line.”

“We are trying to strip away a lot of the burdens and paper, and really make this about feedback and we collectively know how we are doing against our goals,” he said. “You have to get your governance and how you make decisions in an organization down. You don’t in an agency or department that’s on ice and you have to be able to make decisions to move forward.”

HUD is planning town halls and other employee-focused meetings to start in the next four-to-six weeks to communicate the restructuring strategy and answer questions. Eagles said these types of meetings will occur regularly, whether monthly or quarterly.

“What would be really different in 18 months, one I hope the work environment is better. The second piece is the way we align programmatically in government. We probably have dozens of silos of excellence in this organization and we have programmatic silos that run all the way down to the frontline. In the current budget environment and the current trends we’ve seen, we have to rethink how we deliver services. I know that sounds like a talking point, but to me what that means is instead of a Washington-driven policy pushing ideas down to the field, I think you will see a reversal. I think you will see folks delivering services saying, ‘Here is what our customers need and want, and here’s how we can be better partners to our customers,’ and pushing that back up to Washington. We want to de-emphasize a central planning top-down approach, and reemphasize empowering our employees who deal directly with our customers.” 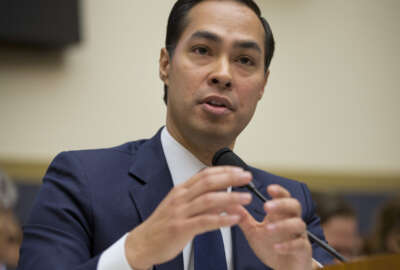 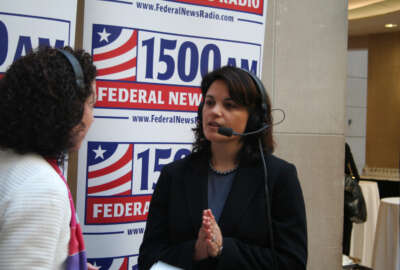